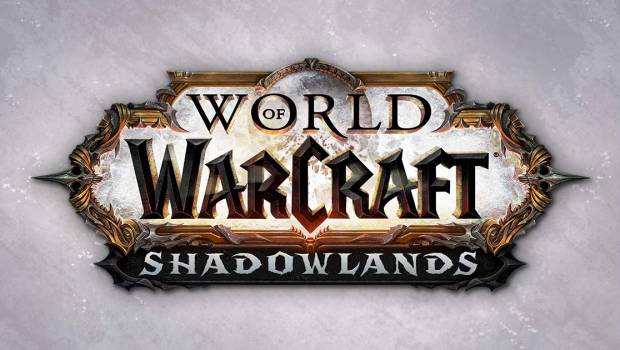 Summary: World of Warcraft: Shadowlands breathes new life into an aging MMORPG with some fun new features and an excellent story. 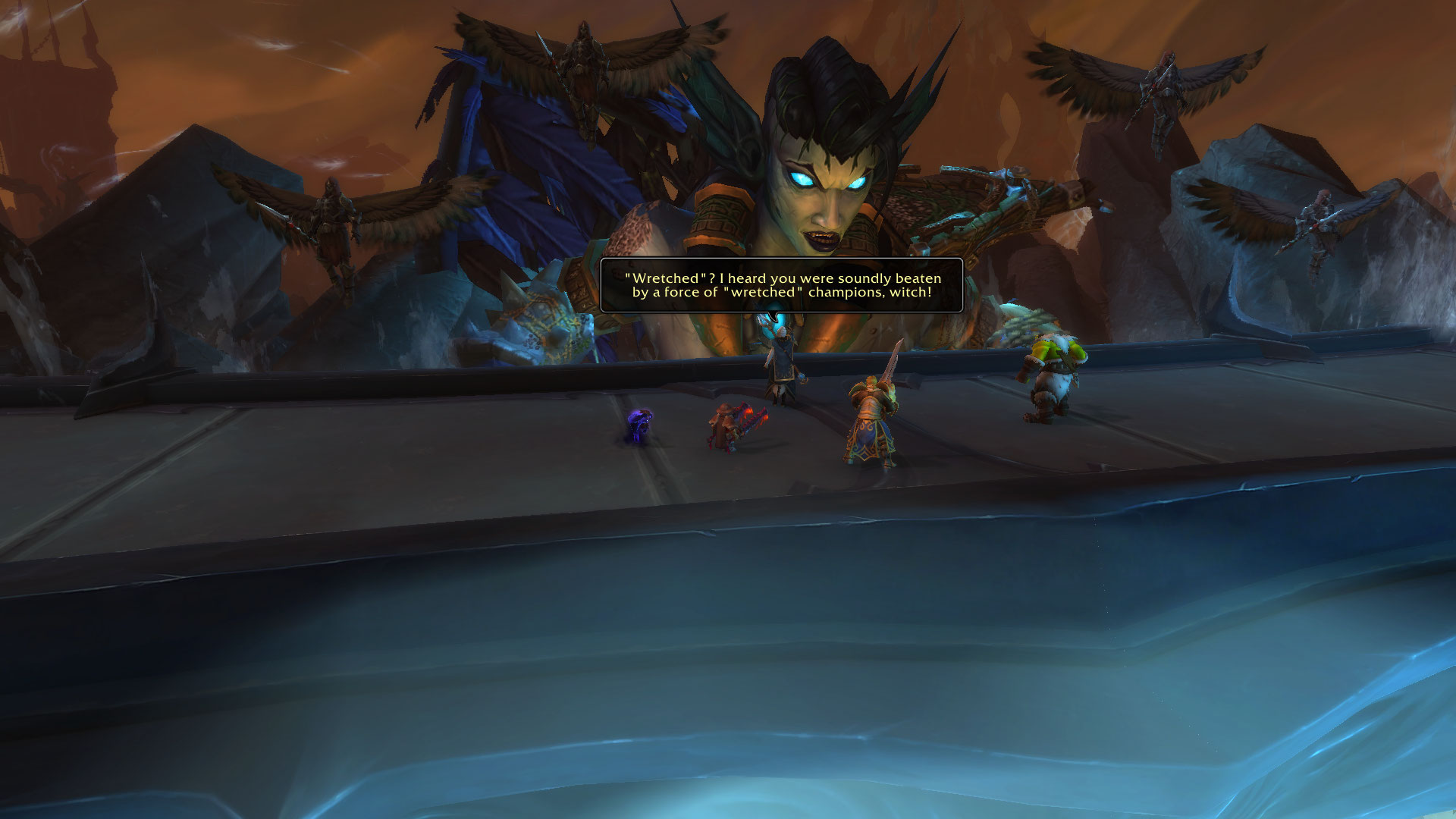 If you’re frequenting this website, you’ve probably heard of World of Warcraft, but you may be unfamiliar with the expansion packs and how they work. Every other year, Blizzard creates a huge new update to the base game of World of Warcraft, which usually includes new lands to explore, new storylines to complete and a bevy of other new features that completely reshape what the next few years of World of Warcraft will look like. These expansion packs cost $60 on top of your $15 per month subscription fee, and if you want to play all the new stuff with everyone else, you need to purchase each expansion pack up to that point (usually sold in a bundle for a pittance). 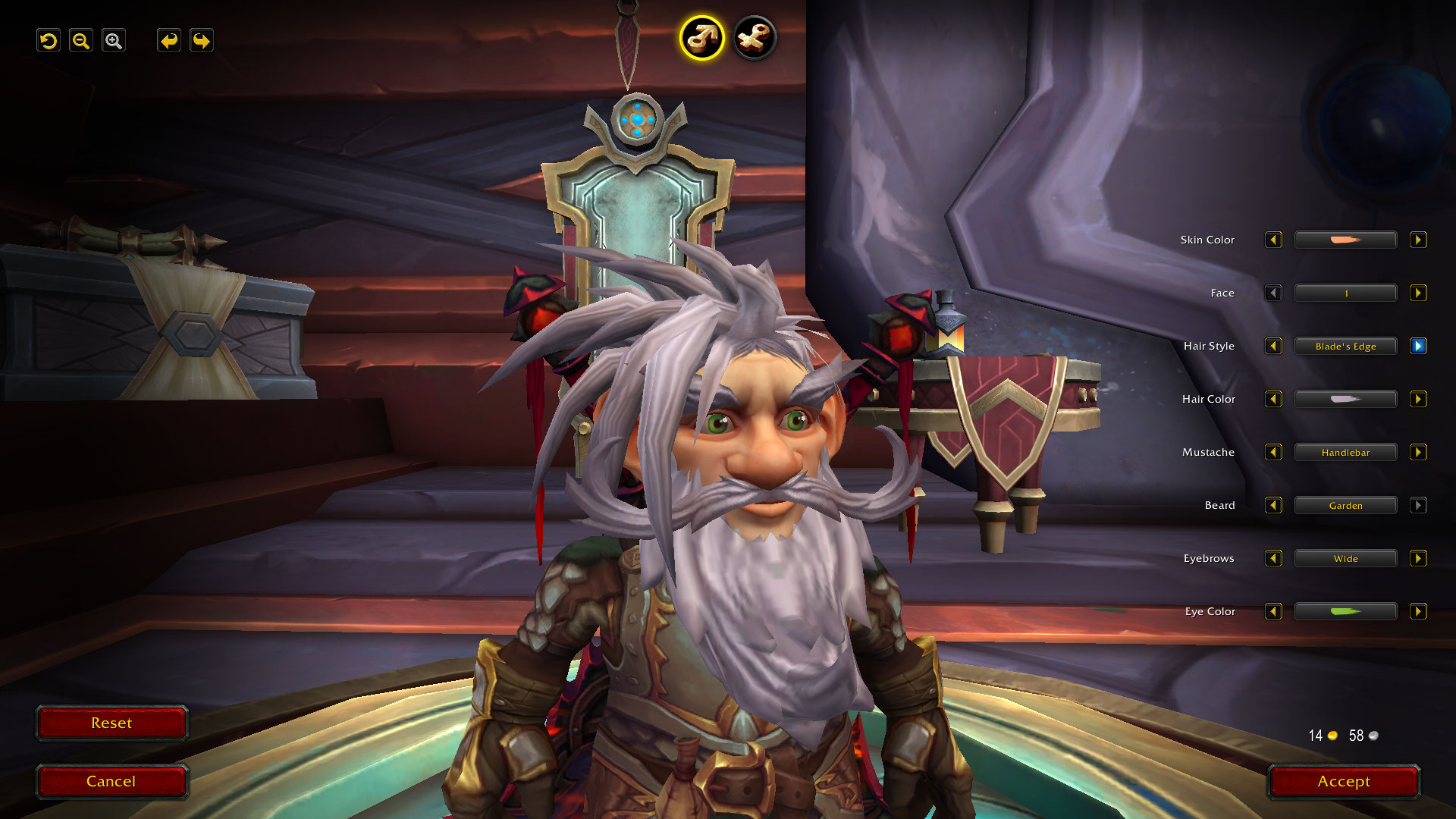 As alluded to above, each World of Warcraft expansion has a headline feature: Burning Crusade introduced flying mounts and Warlords of Draenor focused around the garrison system. The headline features in Shadowlands are the Tower of Torghast, the epic campaign story and the myriad of sweeping changes made to the game in the lead-up to the release of this expansion. Let’s start with the story. 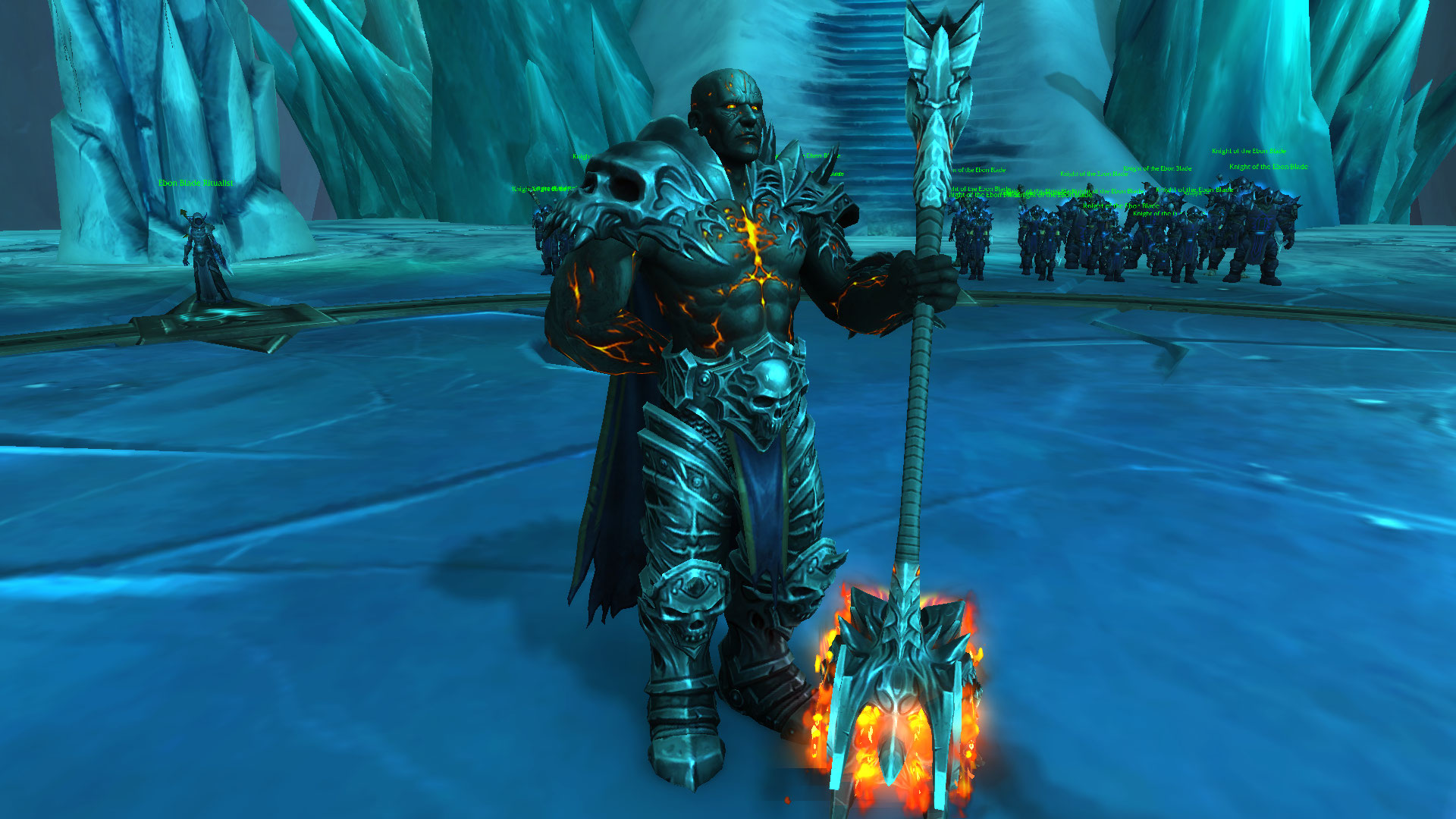 It would be impossible to succinctly summarise the past few years of World of Warcraft storylines, so here’s what led up to the events taking place in the Shadowlands expansion: the former leader of the Horde, Sylvanas Windrunner, conspired with a powerful being from the afterlife (known as the Shadowlands in the Warcraft universe) to create a portal that connects the mortal realm with the Shadowlands. The creation of this portal also disrupted the process for which souls sent to the afterlife are judged according to their mortal achievements: the greatest warriors were meant to be sent to Maldraxxus to spend their afterlife amongst the glory of battle and the purest souls would be sent to Bastion to become angel-like beings that would help ferry souls into the afterlife, for example. 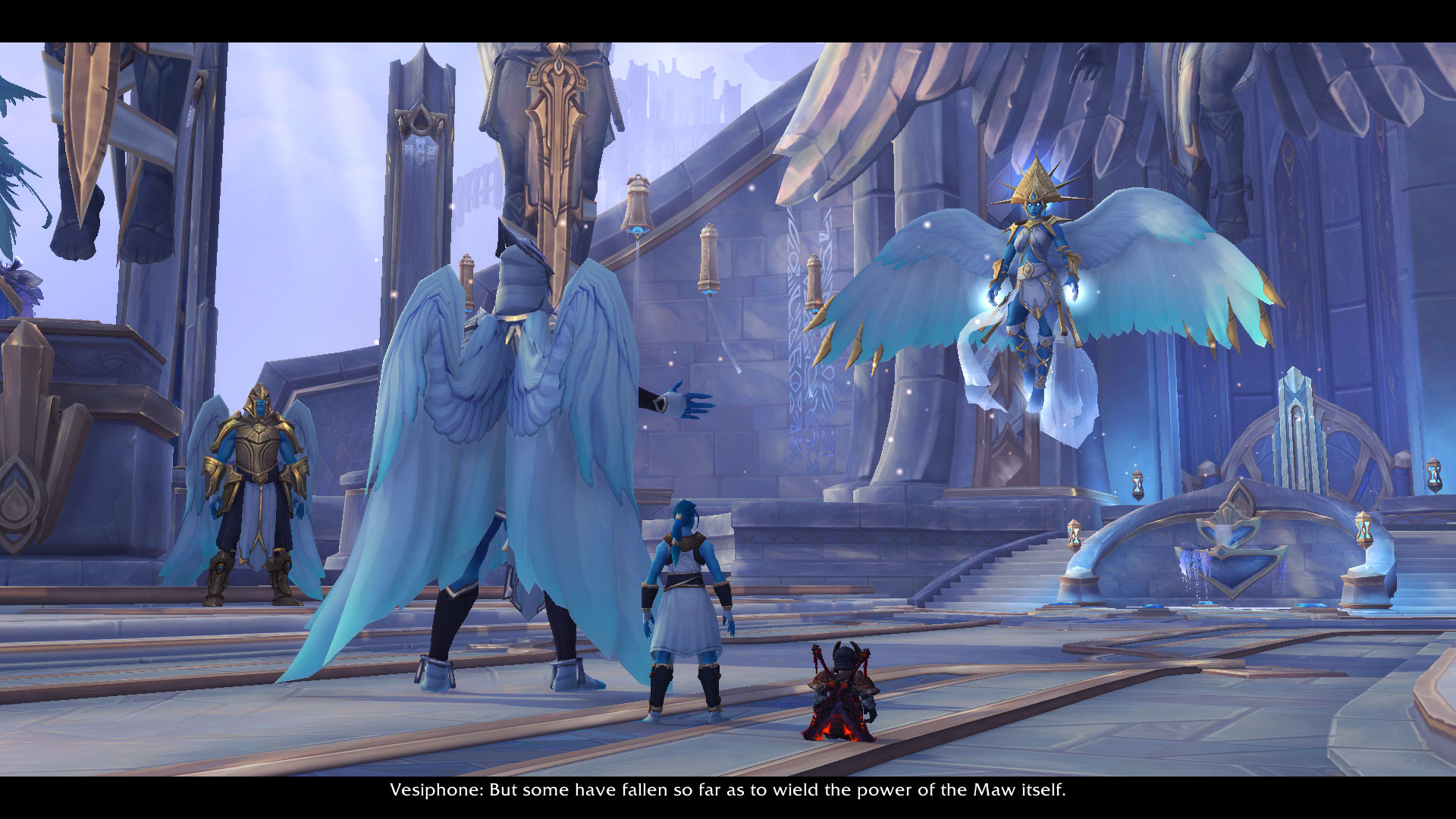 However, Sylvanas’s meddling has now caused all new souls to be sent directly to The Maw; a realm of damnation that grows with each new soul that enters. As the Maw fills with souls, Sylvanas and her co-conspirator that controls The Maw (known as The Jailer) become more powerful with it. Sylvanas and The Jailer must be stopped before they become too powerful and Azeroth’s greatest champions from both the Shadowlands and mortal realms must work together to unite the four planes of the Shadowlands in order to put an end to their evil plan. 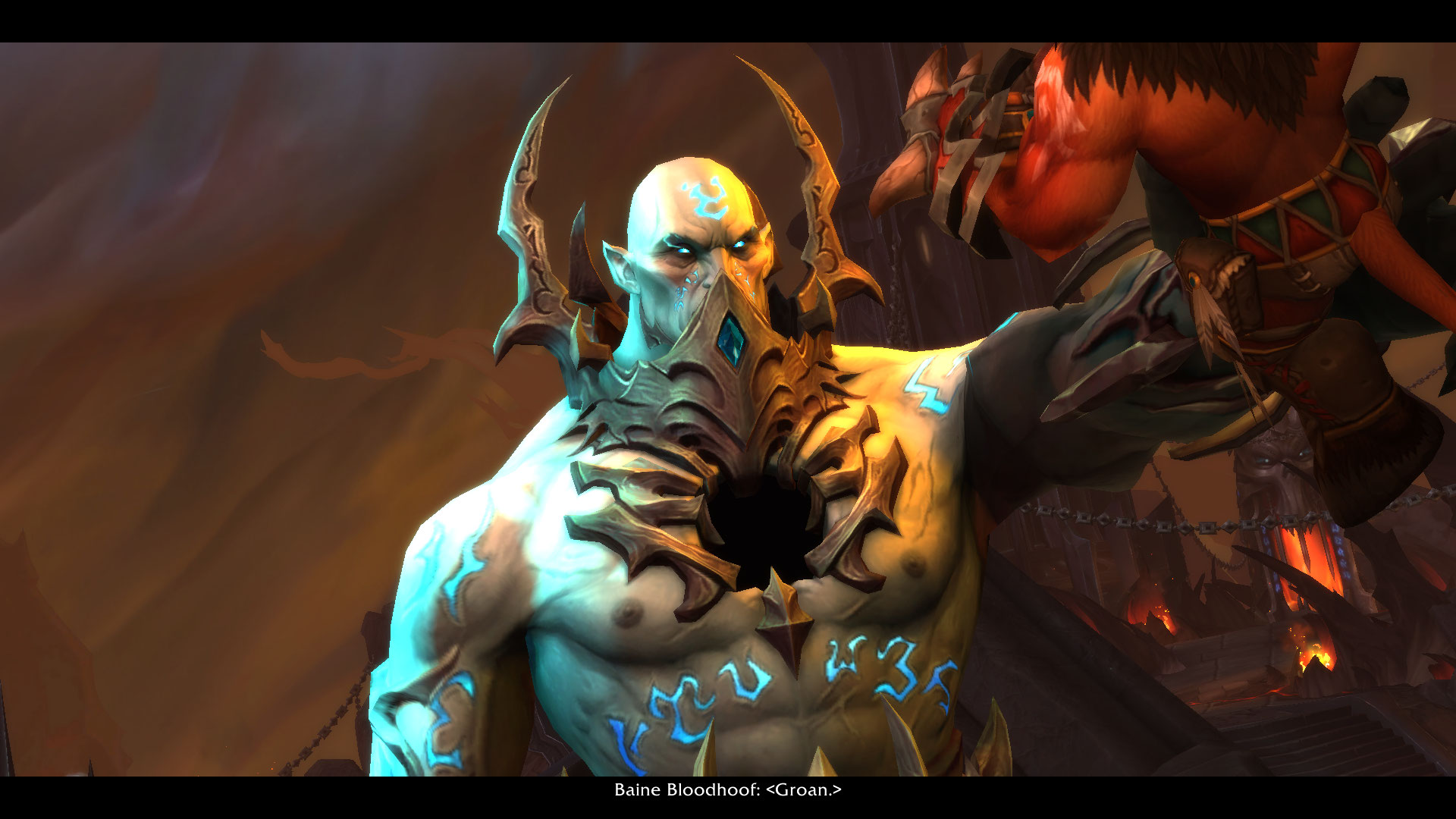 The campaign storyline is as epic as it sounds and is reminiscent in its progression to some of the more grandiose single-player RPG’s like Dragon Age and Skyrim. The macro plot tasks the player with venturing to each of the four fantastical planes of the Shadowlands, meeting the leader and convincing them to join the cause of stopping The Jailer and Sylvanas. Each of these planes effectively act as chapters in an RPG with their own subplots, incredible landscape, branching storylines and epic moments. I haven’t been this engaged with a World of Warcraft expansion storyline in quite some time and I really enjoyed powering through the hours of campaign quests and dungeons. 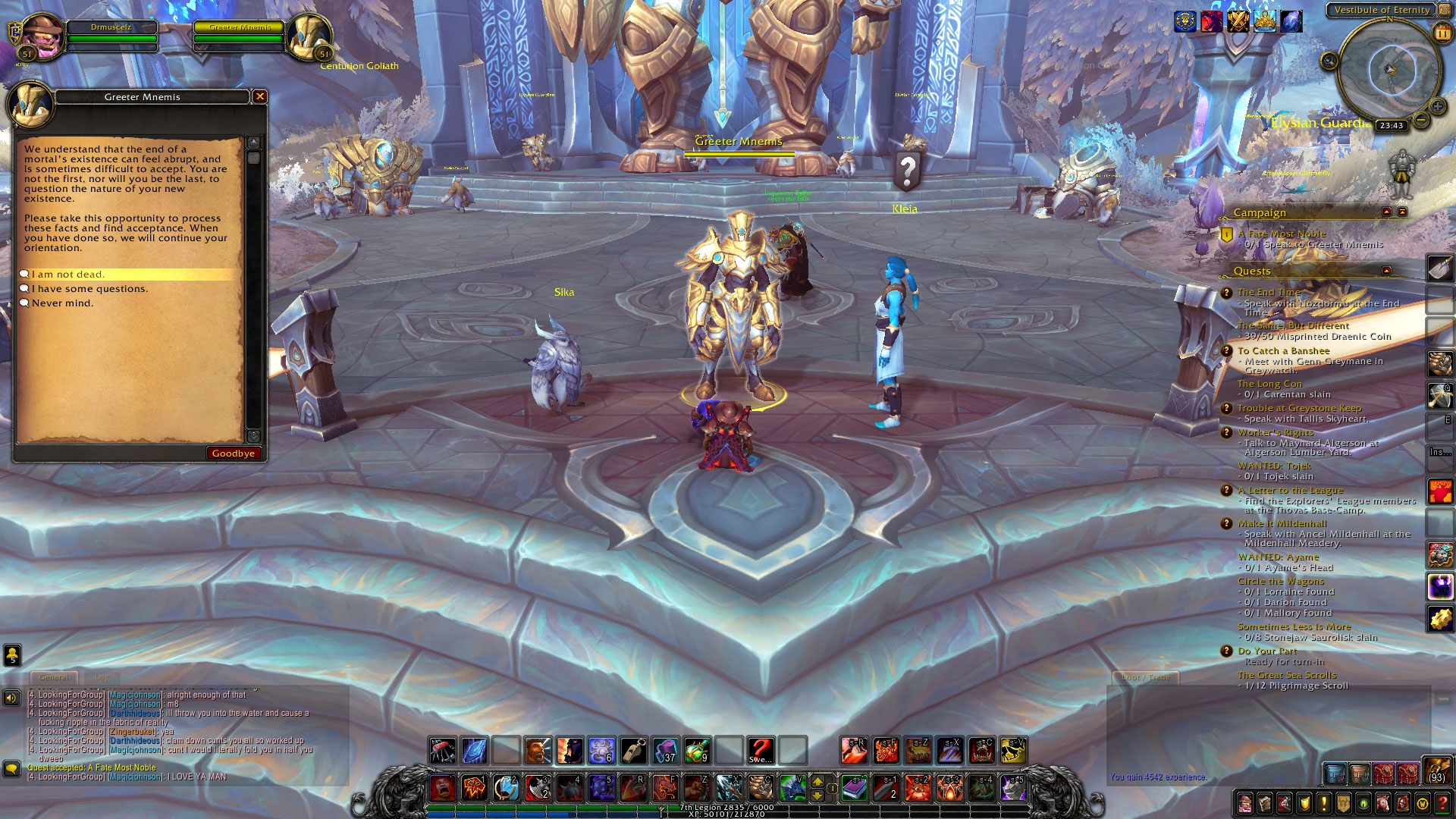 Once you’ve completed the available Shadowlands campaign or reached the level cap of 60, you’ll be introduced to the Tower of Torghast. Torghast is an endless dungeon that is designed to be played repeatedly, kind of like a World of Warcraft Rogue-lite mode. The dungeon is broken into multiple floors with a boss at the end of each floor. After clearing each section of the tower, you’ll be presented with a list of modifiers to choose from that provide benefits to your class for the remainder of the run in the tower. These have a variety of effects on your abilities that allow you to tailor your build to your preferred playstyle. It’s an awesome mode that leads to some excellent theory-crafting opportunities and pushes your skills to the limit. The only downside is that the difficulty balance has been in a heavy state of flux since the expansion went live, so if the challenges are too hard for your particular class this week, just wait a few days and you may be in luck with the next batch of buffs and nerfs. 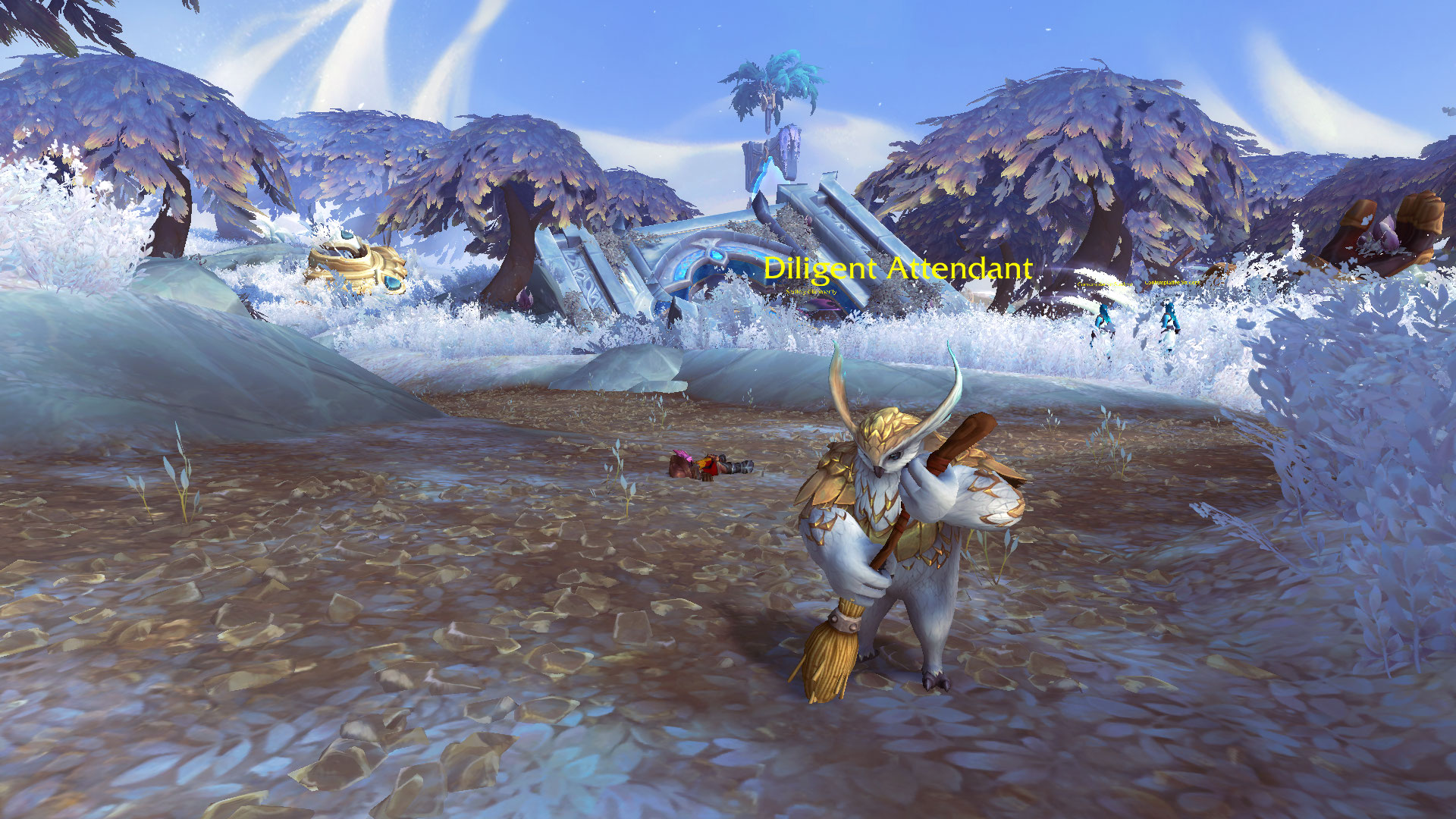 Along with the tower of Torghast, when you reach the level cap in Shadowlands you’ll unlock the ability to join a covenant from one of the four factions that govern the different planes of the Shadowlands. Joining a covenant unlocks class-specific abilities, unique items and faction quests. Which covenant you join is up to you, but if you’re looking to keep up with the meta in your PVP and PVE builds, you’ll want to refer to an online guide discussing the best covenant for your class. 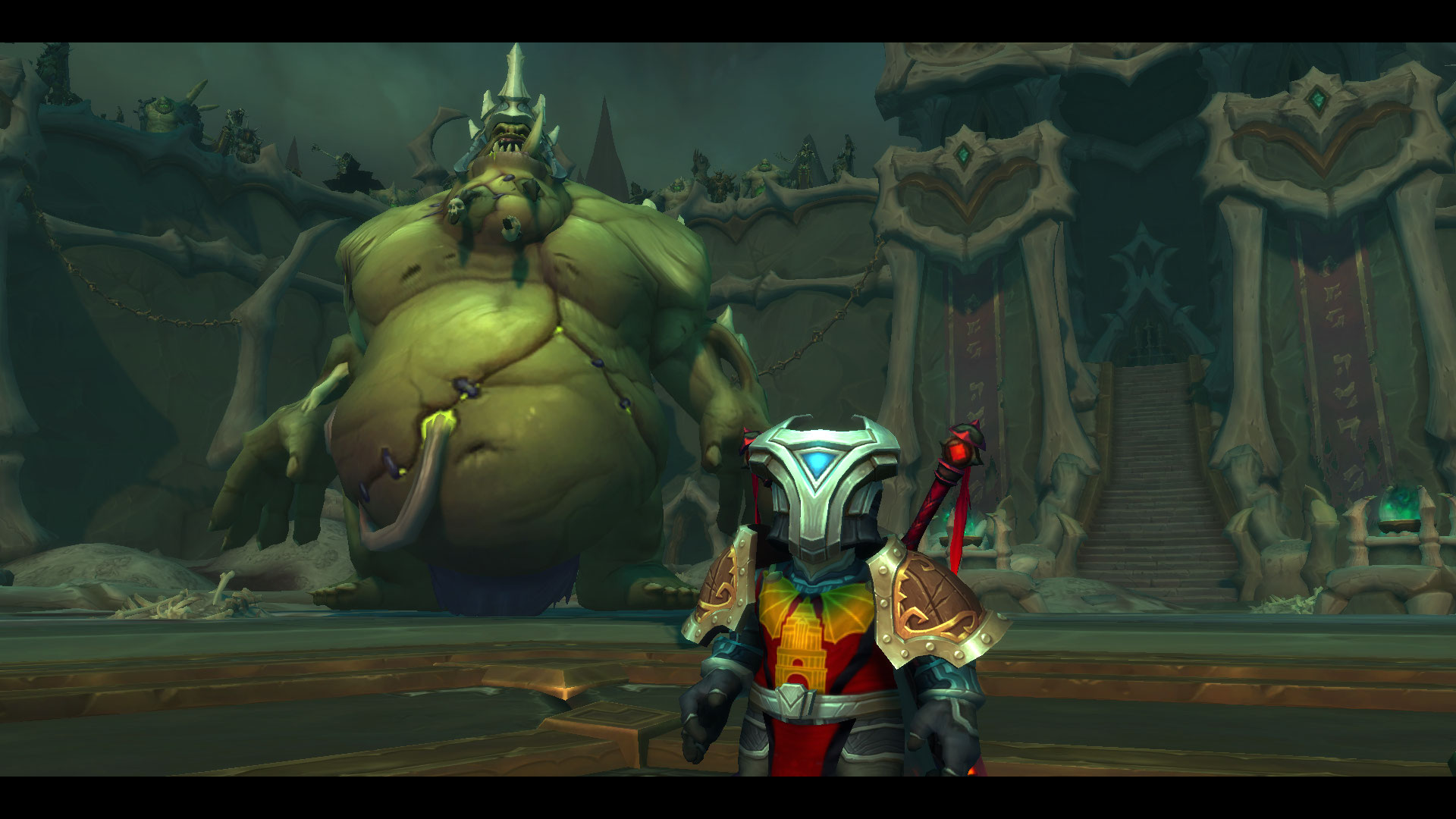 This might come across as a slight, but I actually mean it quite genuinely: one of the things that makes Shadowlands so enjoyable is that it’s simply something new to do in World of Warcraft that moves the meta gameplay away from the endless tedium that was introduced in the previous expansion, Battle for Azeroth. You no longer have to care about Azerite or war resources, and the contrived Horde vs. Alliance nonsense has been severely subdued. The sweeping changes introduced in the Shadowlands prepatch to the levelling system, character stats and damage numbers also feel like a confident step in the right direction to make World of Warcraft feel fun and interesting again. There’s also a whole new levelling zone that all horde and alliance players can choose to start in, which works tremendously to teach new players all the basic aspects of the game, so there really has never been a better time to try out World of Warcraft, especially with the free trial available up to level 20. 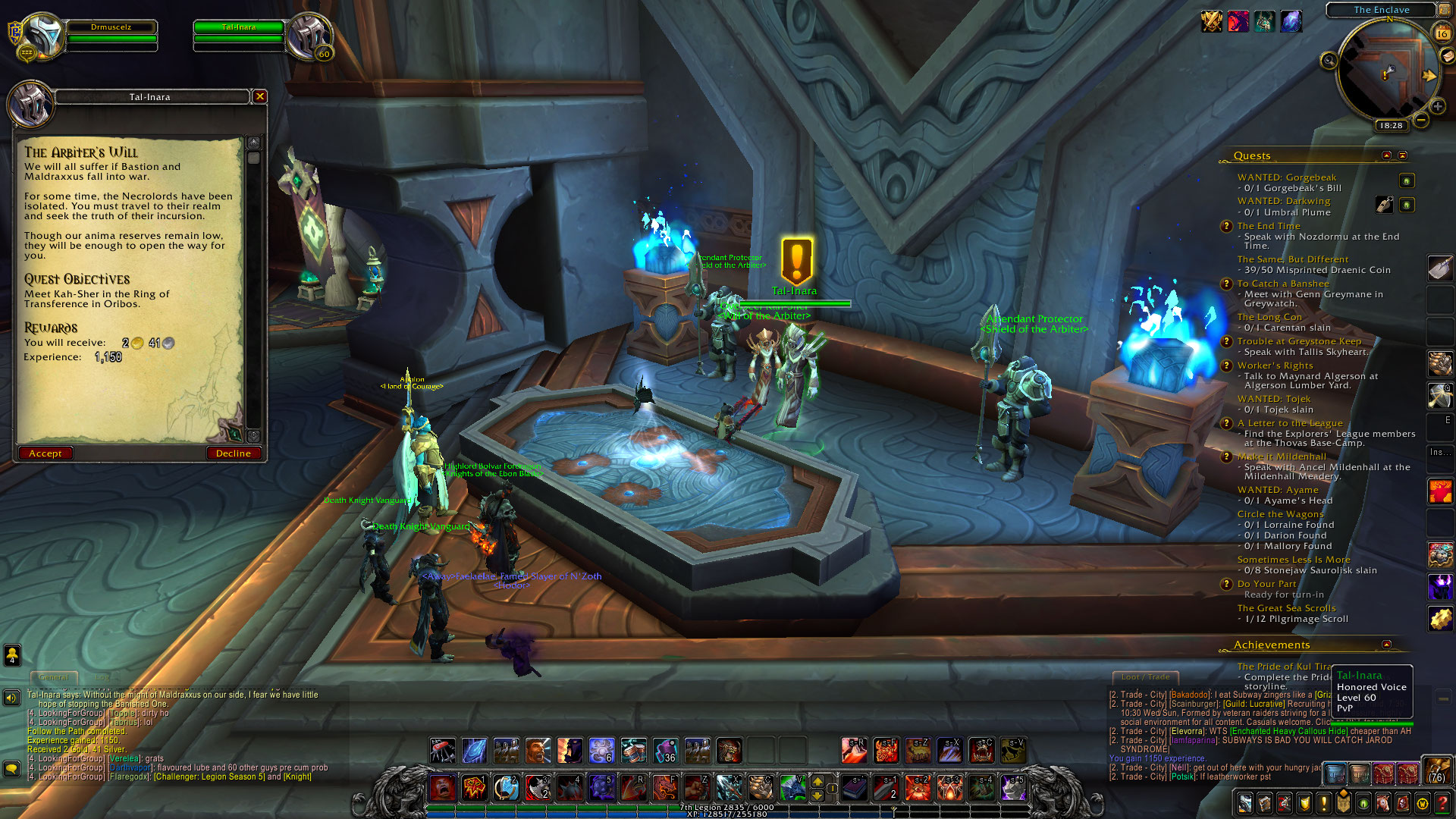 I’ve really been enjoying my time with World of Warcraft: Shadowlands. I thoroughly enjoyed the storyline presented in the campaign and I loved exploring all the new planes of the Shadowlands. I’ve also been having a blast with character builds in the Tower of Torghast and utilising the new covenant abilities. With that being said, part of my enjoyment of Shadowlands could simply be in comparison to how boring Battle for Azeroth ended up being. Shadowlands doesn’t introduce any new races or classes, and the only new feature added to the early game is a heavily tutorialised levelling zone. Yet with that being said, Shadowlands  managed to get me to resubscribe for another few months, so clearly the new story and features were enough to revitalise my interest in one of the world’s most popular (and senior) online games. 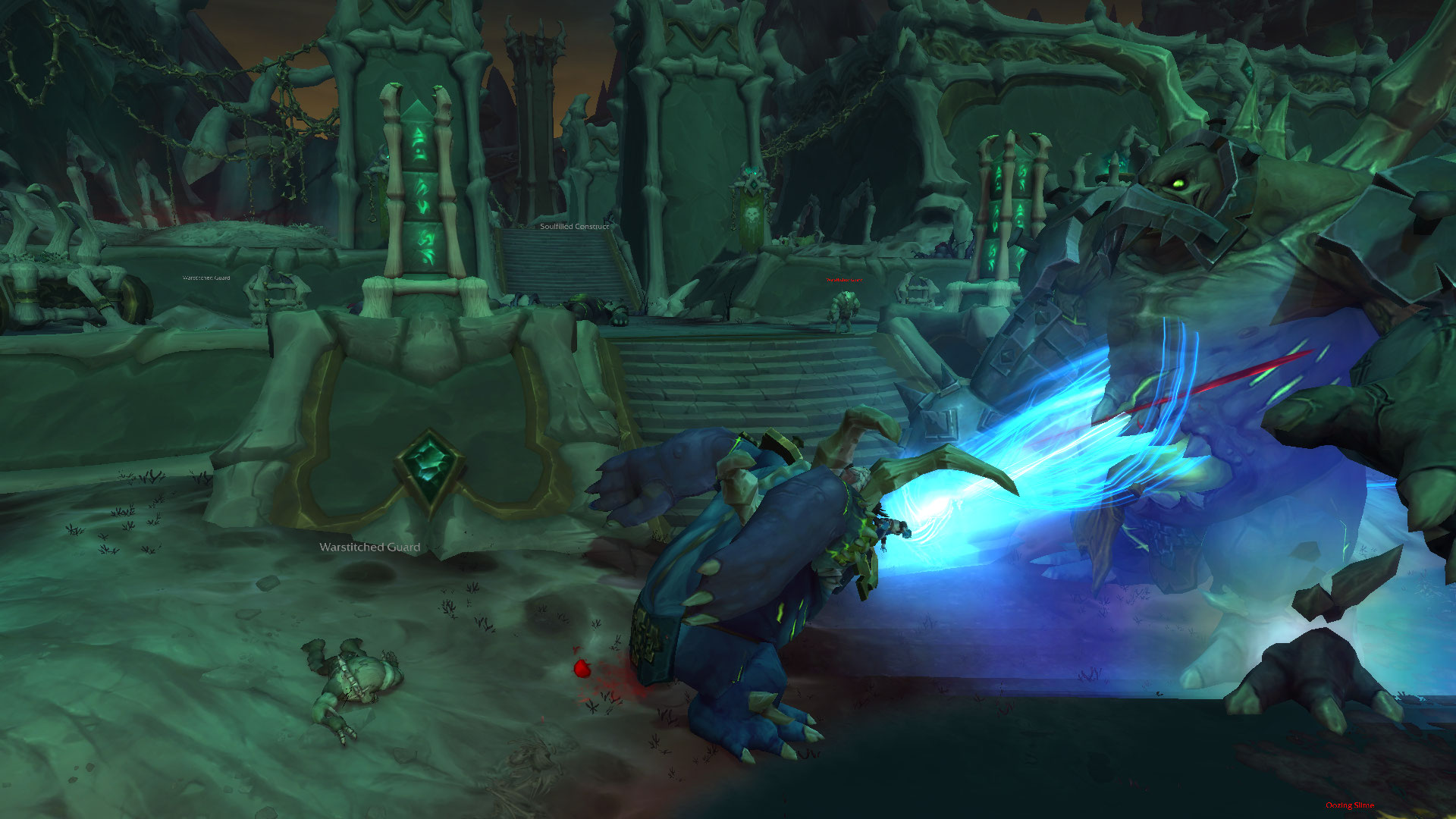