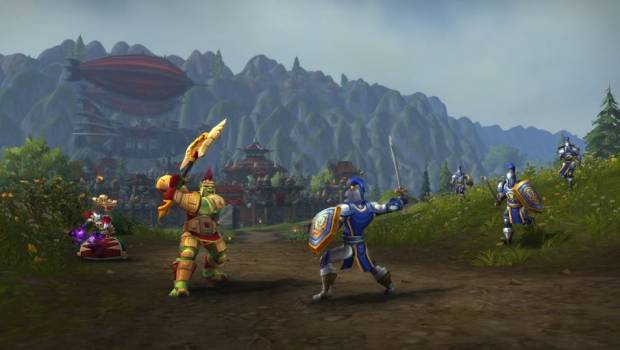 Champions of the Horde and the Alliance, prepare for a new challenge! Starting today, a host of new content is available in World of Warcraft: Battle for Azeroth, including the expansion’s first raid, Uldir;  the first Mythic Keystone dungeon season; and the start of the Warfront cycle. The first Rated PvP season also kicks off soon.

Uldir is now open in Normal and Heroic difficulty! Millenia ago, the titans constructed this underground facility to research and quarantine captured specimens, hoping to study the void energy that bound the Old Gods. But something has gone horribly, horribly awry. Learn more about this eight boss raid.

Get ready for Battle for Azeroth’s first 20-player cooperative Warfront: the battle for Stromgarde! Horde players across the entire game region can now start contributing the supplies necessary to launch an assault on Stromgarde; once the faction has contributed enough, all Horde players in the region will get access to the Warfront. In addition, Alliance players can now access special outdoor content in Arathi Highlands—including a new world boss. Learn all about Warfronts and the cycle of war in our primer.

Mythic Keystone dungeons are now available, and the first Mythic Keystone dungeon season has begun! Battle for Azeroth introduces the game’s first-ever seasonal affix, starting with Infested. This seasonal affix—themed after G’huun, the final boss of Uldir—appears on level 10 or higher Keystones, and infects select denizens of each dungeon with corruption to keep players on their toes. Learn more.