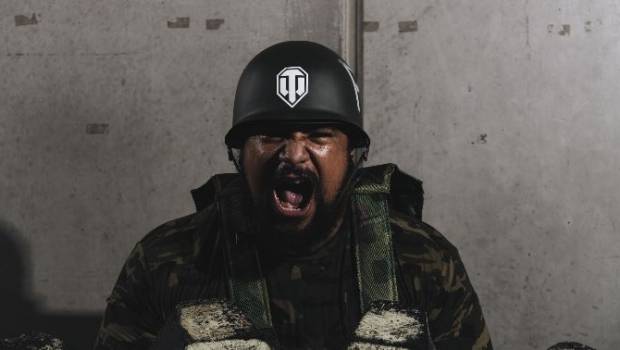 March 12, 2018 – Wargaming has today announced that its flagship online game, World of Tanks PC, has partnered with the Arnold Pro Strongman Australia and is attempting to set an official GUINNESS WORLD RECORDS title for the fastest individual to pull a tank 10 metres.

Marking the upcoming launch of World of Tanks 1.0, the biggest game update since it launched seven years ago, professional strongmen will compete in the inaugural ‘World of Tanks PC Tank Pull’ and aim to become the official GUINNESS WORLD RECORDS title holder for the Fastest time to pull a tank over 10 metres.

The Arnold Pro Strongman Australia, presented by World of Tanks PC, is part of the Arnold Sports Festival founded by Arnold Schwarzenegger and will be held at the Melbourne Exhibition and Convention Centre from March 16-18. The ‘World of Tanks PC Tank Pull’ will be the fourth of six events in the professional strongman competition, held on Saturday 17th March at 12.00pm AEDT.

“With the completely remastered PC game, World of Tanks 1.0, set to launch soon, we wanted our 160 million players and new fans to get hyped up about this massive game update. Nothing is bigger than going for a tank pull GUINNESS WORLD RECORDS title!

“We’re calling on all Australians and New Zealanders to get behind the strongman attempting the world record and witness the true power of man versus tank,“ said Alexander.

“We have had truck pull events in the past, but this is the first ever tank pull event, so it will certainly be one to watch. Our professional strongman competitors are now gunning not only for the Arnold Pro Strongman Australia title, but they also want the tank pull GUINNESS WORLD RECORDS title,” said Tony.

The world record attempt will be streamed live via Arnold Pro Strongman Australia  at https://arnoldsportsfestival.com.au/arnold-tv/  and https://livestream.com/mysportlive

To purchase tickets for the Arnold Sports Festival or to find out more information, visit https://arnoldsportsfestival.com.au.

For more information or to download World of Tanks PC, visit https://worldoftanks.asia/