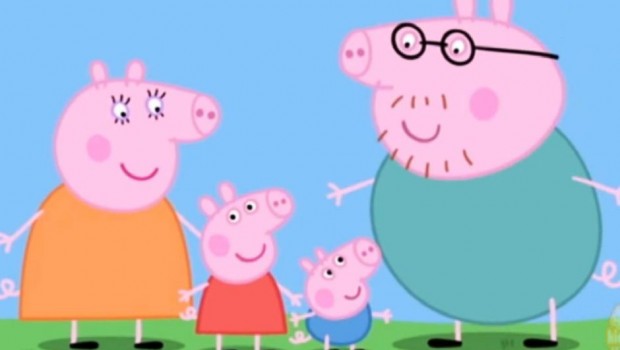 Local searches focus on global events with Malaysia Airlines, Robin Williams and Ebola amongst most searched terms in the Yahoo7 2014 rankings.

Sydney, Australia, November 27, 2014 – Yahoo7 has today released its annual search trend data, revealing the biggest events and interests for Australians in 2014. This year saw all eyes and searches on serious news and world events, with the disappearance of MH370 and downing of MH17, the untimely death of Robin Williams and the resurgence of the Ebola virus.

But it’s not all doom and gloom, entertainment news also captured Australian’s attention with computer games, movies and a number of international sporting events, including The Commonwealth Games, FIFA World Cup in Brazil and the Australian Open, all featuring in the Top 10.

In 2014, Yahoo7 saw more than 750 million searches across desktop, mobile and tablet.

Highlights:
• World events drove Yahoo7’s most search queries, with the Malaysian Airlines MH370 and MH17 tragedies, Robin William’s premature death and the rapid rise of the Ebola virus among the Top 10.
• International sport also featured strongly with The Commonwealth Games, FIFA World Cup and Australian Open in the list of top searches.
• Minecraft still managed to capture attention in 2014 as the second most searched term, dropping from the top spot last year.
• Children’s entertainment featured across multiple screens in 2014, with Frozen and Peppa Pig ranking in the Top 10 as Frozen fever took over this year and Peppa continued to be popular among pre-schoolers.
• INXS rounded out the most searched terms for the year, prompted by the widely watched INXS miniseries, Never Tear us Apart which aired on Channel Seven.

Year in Review – Yahoo7 Most Popular Searches of 2014

1. Malaysia Airlines
2014 has been a big year for Malaysia Airlines, dominating headlines for all the wrong reasons. The search still continues for missing Malaysia plane MH370 while crash experts have only recently recovered the wreckage from downed Malaysia Airlines flight MH17 which killed 298 passengers.

2. Minecraft
Critically acclaimed game, Minecraft started from humble beginnings to become one of the most popular games in the world, which took out the top spot for Yahoo7’s most popular searches last year. This year Minecraft still featured strongly, as the second most searched term.

3. Frozen
Unsurprisingly, the Frozen phenomenon continued in 2014 after premiering late in 2013. Earning more than $1.2 billion worldwide and going on to become the fifth highest grossing film of all time, Frozen captured the attention of children and adults alike.

4. FIFA World Cup
Millions of soccer fans from around the world tuned in to watch the World Cup in Brazil this year. More than one million visitors travelled to South America to watch 32 national teams compete to win the World Cup with Germany taking out the tournament after it defeated Argentina in the final, 1-0.

6. Peppa Pig
Peppa Pig is a British animated series for preschool children. Since premiering in 2004, Peppa Pig has become a hit with kids and parents alike, with the five minute episodes centering on the adventures of Peppa and her friends. These days, Peppa Pig can be found everywhere, from DVDs to desserts, online streaming and on a huge range of kids clothing.

7. Robin Williams
The tragic death of Robin Williams in August shocked fans around the world, with many heading online to express their sadness at his passing. The Oscar-winning actor and stand-up comedian was the face of many movie classics, including Good Morning Vietnam, Dead Poets Society, Mrs Doubtfire, Good Will Hunting and Aladdin.

8. Commonwealth Games
This year saw 5,000 athletes converge on Glasgow, Scotland for the 2014 Commonwealth Games. 71 countries competed in 261 events across 18 different sports. England took out the medal tally for the first time since the 1980s, Australia and Canada following in second and third place while pacific island nation, Kiribati celebrated its very first gold medal win.

9. Ebola
2014 saw the largest Ebola outbreak ever documented, with the WHO declaring an international public health emergency in August. World aid has been directed to affected regions, with many African countries struggling to contain the latest Ebola outbreak. The first case of Ebola outside of Africa was reported in September, with media and the public following the stories of those infected and those who have recovered.

10. INXS
Iconic 1980’s rock band, INXS was once again the topic of conversation in 2014 with the television miniseries, INXS: Never Tear Us Apart. Airing on Channel Seven in February, the miniseries saw more than two million viewers tune in to relive the story of the band’s rise to stardom and events leading to the death of lead singer, Michael Hutchence in 1997. The mini-series gave INXS’ singles and albums a boost back up the ARIA charts, taking out the top spots in the weeks following broadcast.