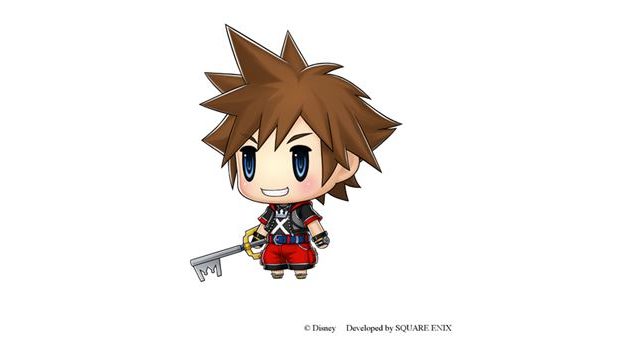 SYDNEY, 28TH October 2016 – Square Enix Ltd., today announced that Sora, the beloved star of the KINGDOM HEARTS series, has been given an adorable WORLD OF FINAL FANTASY® makeover and will be available as free DLC for the game this summer.

To commemorate the release of KINGDOM HEARTS HD 2.8 Final Chapter Prologue early next year, Sora, with KINGDOM HEARTS Dream Drop Distance HD outfit, will be available as a champion summon for WORLD OF FINAL FANTASY players for a limited time only. Further information on how to obtain the Sora champion summon will follow at a later date.

In WORLD OF FINAL FANTASY, players will lead a pair of twins, Reynn and Lann, on their journey through the mysterious world of Grymoire on a search to rediscover their lost memories. In this peculiar place, the young heroes will encounter over 200 unique and wonderful creatures, known as Mirages, and a whole host of legendary FINAL FANTASY® characters. With an all-new battle system, players will capture customise and evolve their Mirages – stacking them up to defeat even the most ferocious of foes!

WORLD OF FINAL FANTASY is now available for the PlayStation®4 computer entertainment system and PlayStation®Vita system.