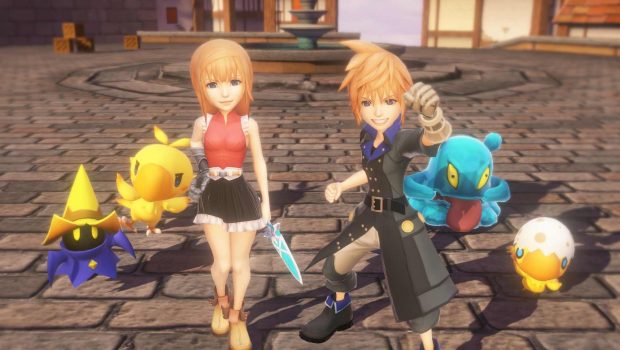 Originally released for the PlayStation®4 computer entertainment system and PlayStation®Vita handheld entertainment system, WORLD OF FINAL FANTASY combines classic RPG gameplay mechanics with fresh and imaginative visuals that both fans and newcomers to the series can enjoy. Players will capture, customise and evolve a variety of familiar FINAL FANTASY creatures using innovative stacking mechanics to form powerful monster towers and battle dangerous foes. Alongside their team of iconic creatures and characters from the FINAL FANTASY series, players join siblings Reynn and Lann on their adventure to uncover the mysteries and secrets in the vast land of Grymoire.

New features for this version include:

Those who purchase the game from launch through to November 28th will also receive the Day One Edition, which includes a digital soundtrack sampler featuring enchanting tracks from the game and a stunning wallpaper showcasing legendary FINAL FANTASY heroes and creatures. Fans can add the Day One Edition to their wishlist by visiting the WORLD OF FINAL FANTASY’s STEAM page now.