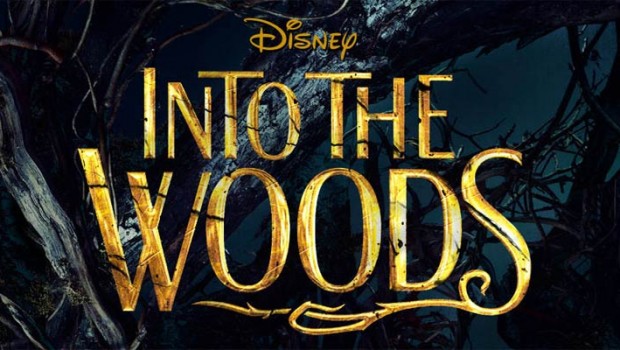 Into the Woods Review

Into the Woods is Disney’s latest fantasy musical that successfully combines a handful of Brothers Grimm fairy tales into one cohesive story about a childless baker and his wife who are forced to find a handful of items for a vengeful witch. It is also based on the 1987 musical of the same name and directed by Rob Marshall (Chicago, Pirates of the Caribbean: On Stranger Tides) who definitely transforms the movie into a Disney themed production which actually feels like a musical from Broadway. Set design, although staged actually suits the fantasy premise quite well. 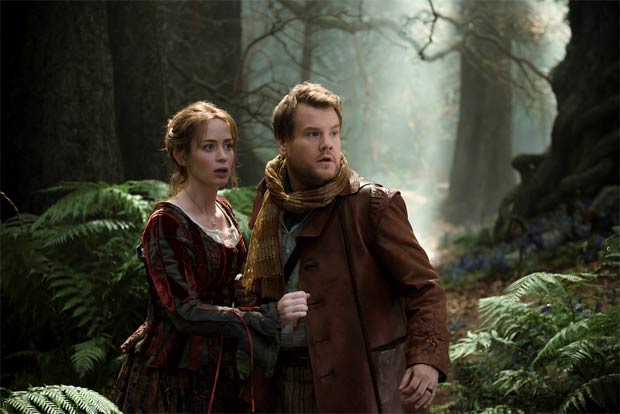 The Brother Grimm stories incorporated into the film include Cinderella, Little Red Riding Hood, Jack and the Beanstalk plus Rapunzel whose paths all cross the kindly baker (James Corden) and his wife (Emily Blunt) due to a wicked witch (Meryl Streep) and her dastardly curse which sets the plot. The story commences with director Rob Marshall setting up the characters from the various fairy tales with a catchy tune called “I Wish” which moves between the Brothers Grimm characters wishing for a better life.

This wish then leads to the Baker and his wife when their next door neighbour who happens to be a witch appears in a spectacular fashion. The witch knows of their infliction as she was the one who cast this curse on the Baker’s family as the Baker’s father had stolen magical beans from her garden. To remove this curse and their infertility, the Baker and his wife must retrieve “the cow as white as milk, the cape as red as blood, the hair as yellow as corn and the slipper as pure as gold” all before the chime of midnight in three days’ time. However the witch has an ulterior motive as these items will also make her beautiful once more and although the theme of wishes plays a key component in the story, consequences and that old saying of be careful what you wish for also comes into play. 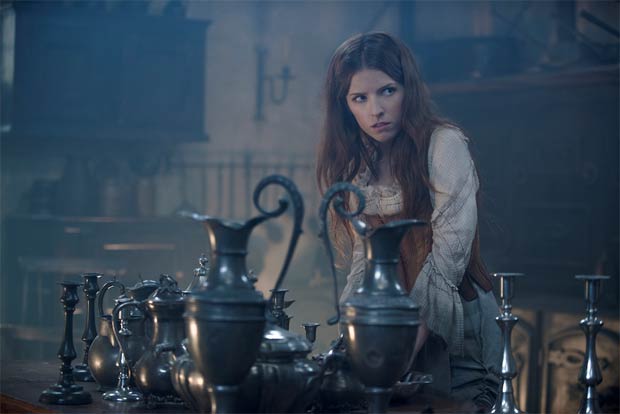 The protagonists of the story are the Baker and Cinderella (Anna Kendrick) who have two parallel stories running through Into the Woods. Unlike the Baker’s more noble story, Cinderella’s wish is to become a princess but unfortunately her wicked stepmother (Christine Baranski) refuses to give her both respite and enjoyment in her dull life that is spent cleaning the family home and playing second fiddle to her nasty step sisters. Along the way, Cinderella does meet the Baker’s wife and eventually the Baker once they retrieved the four items required by the witch.

However once the four items are returned to the witch the story definitely drags on that sees the consequences of all the wishes. The second half of the story sees the Baker, his wife, Jake (Daniel Huttlestone), Little Red Riding Hood (Lilla Crawford) teaming up to defeat the Giant’s wife (Frances de la Tour) that our giant killer unwittingly unleashed upon this amalgam of fairy tales. Into the Woods also ends with a relatively lacklustre ending and given the undertone of these stories, I was expecting to see a much happier ending. 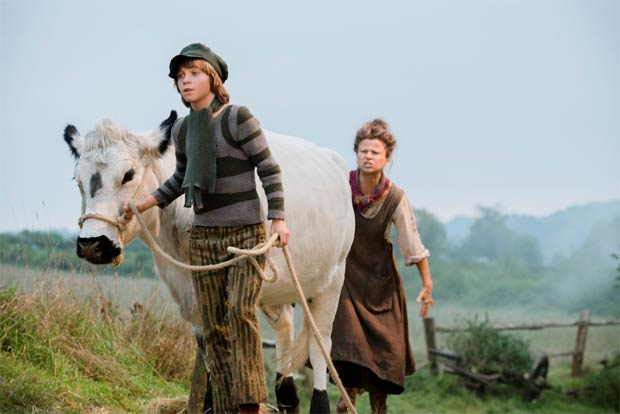 Nonetheless, there’s some great performances in this relatively overcrowded cast that include a highly amusing duet between Cinderella’s Prince (Chris Pine) and Rapunzel’s Prince (Billy Magnussen) about who the better prince is which is comedy gold. Lilla Crawford is another highlight as Little Red Riding Hood who brings a wealth of humour and cheekiness into her role. Meryl Streep once again plays the perfect clichéd witch and for a short-time, Johnny Deep as The Wolf is perfectly cast as this creepy human-like wolf. With such as a large cast, many of the actors do fall to the wayside but the ones who don’t really shine throughout the film. James Corden plays the everyday man well and does serve as a link between the audience and these wondrous fantasy characters. 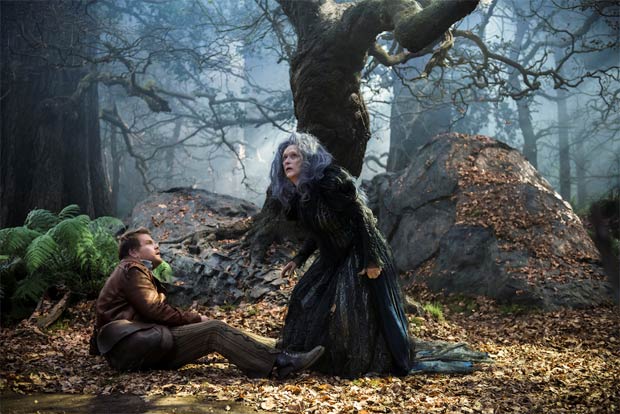 Into the Woods is an amusing musical with some catchy tunes but suffers from pacing issues and the removal of a true happy ending for the main characters. Given that it features some adult content in relation to some of the themes, it may not be appropriate for some children but if you’re after a relatively enjoyable yet ultimately forgettable movie over the Christmas holidays than there are far worse movies than Into the Woods. Nonetheless it has its fairy tale moments with a healthy dose of comedy thrown into the mix in this 21st century interpretation of the Brother’s Grimm with some very catchy tunes.

Summary: Into the Woods is not only a mish mash of Brothers Grimm but also actors in a relatively enjoyable musical that just misses the mark