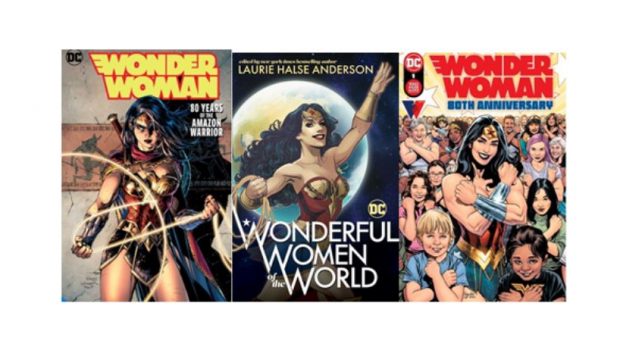 Marking the 80th anniversary of Wonder Woman, DC, Warner Bros. Global Brands and Experiences and WarnerMedia today unveiled additional plans for a global celebration of the iconic Super Hero. In honor of the legacy that Princess Diana of Themyscira has upheld since 1941, the Comic-Con Character Hall of Fame will be inducting Wonder Woman virtually on Thursday, October 21. DC continues to honor Wonder Woman’s 80th anniversary and the character’s impact across comics, film, television with a stunning lineup of publishing pieces, partnerships, special releases and initiatives. Fans can start celebrating her legacy as a pop culture icon and inspiration to fans around the world with Wonderful Women of the World, available in bookstores and comic shops today.

WONDER WOMAN FASHION, EXPERIENCES, AND MORE
Wonder Woman inspires fans around the world, and, to celebrate her 80th anniversary, DC and Warner Bros. Consumer Products have partnered with international designers and premier partners including:

WONDER WOMAN AROUND THE WORLD

THE HISTORY OF WONDER WOMAN

Fans can delve into the history and enduring influence of the iconic character this October with the “Wonder Woman Authors & Talent Panel” on DC Community.