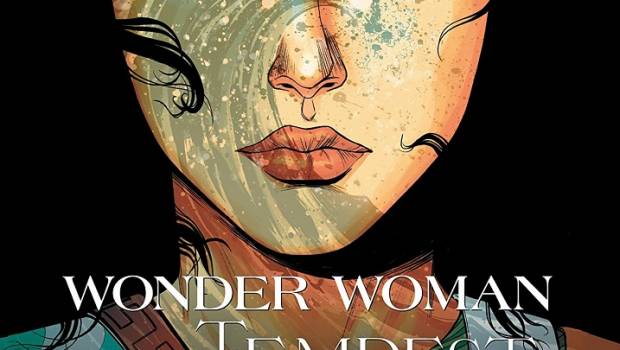 Summary: Wonder Woman Tempest Tossed is a great look at Diana as a teenager and before she became the hero we all love!

Written by Laurie Halse Anderson and illustrated by Leila Del Duca, Wonder Woman Tempest Tossed is one of DC Comics new Young Adult titles that tells the story of 16-year old Diana who is yet to become Wonder Woman. Best of all, you don’t need any background information about Wonder Woman as Laurie Halse Anderson successfully draws you into the character and puts her own twist on our favourite Amazon Princess! Adding to this is that the book is a very well written graphic novel that flows and it doesn’t try to be too clever but rather creates a very approachable story.

.
At its core, it is a coming of age story as the author re-tells the origin of Wonder Woman and her first visit into man’s world. Unlike the original Wonder Woman comic or even the excellent film starring Gal Gadot, this is a modern re-imagining of Diana that adds many modern social elements into the mix that will definitely appeal to the young adult reader or Wonder Woman fan for that matter. I also enjoyed how the author re-imagined the classic Wonder Woman supporting cast such as Steve Trevor and my favourite Eta Candy which was quite cleverly done.

Furthermore I found it quite refreshing to see Diana more human than goddess and as she is a teenager, she experiences the many changes in mood that is commonly associated to this age group, even a sense of awkwardness which was interesting. Adding to the content is that Wonder Woman Tempest Tossed is quite a social commentary of today, particularly some of the woes of society that Diana without prejudice notices and tries to change but from her new perspective as the daughter of her mother Queen Hippolyta.

However what makes the story even more enjoyable is the wonderful art by Leila Del Duca who truly brings this character of the ages to modernity and her rendition of Diana is faultless. I also like how she incorporates emotion into her illustrations that really makes the characters quite relatable and I enjoyed the dichotomy between Themscyra and Man’s World. Adding to the illustrations is the soft colour palette that adds an element of warmth to it as do the blues.

All in all a fantastic read that I can happily recommend to younger readers or fans of Wonder Woman!

About Wonder Woman Tempest Tossed: Princess Diana believes that her 16th birthday will be one of new beginnings–namely acceptance into the warrior tribe of Amazons. The celebrations are cut short, however, when rafts of refugees break through the Themysciran barrier. Diana tries to help them, but she is swept away by the sea–and from her home–thus becoming a refugee herself.

Now Diana must survive in the world outside of Themyscira for the first time; the world that is filled with danger and injustice. She must redefine what it means to belong, to be an Amazon, and to make a difference.

Wonder Woman: Tempest Tossed is a story about growing into your strength, battling for justice, and the power of friendship. 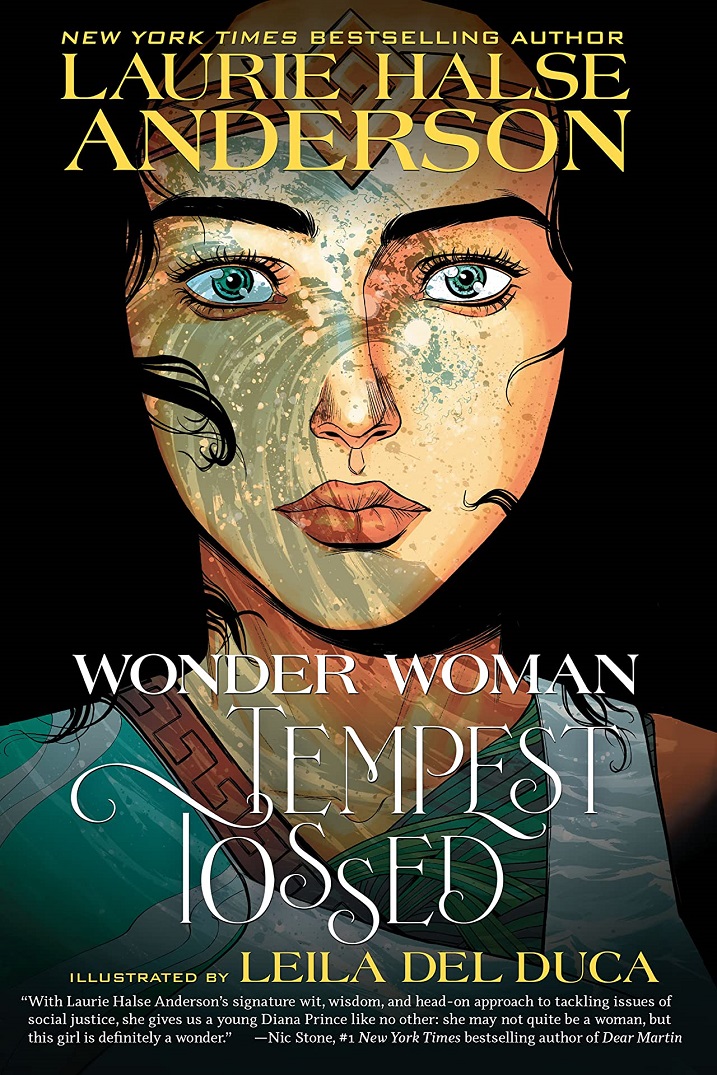 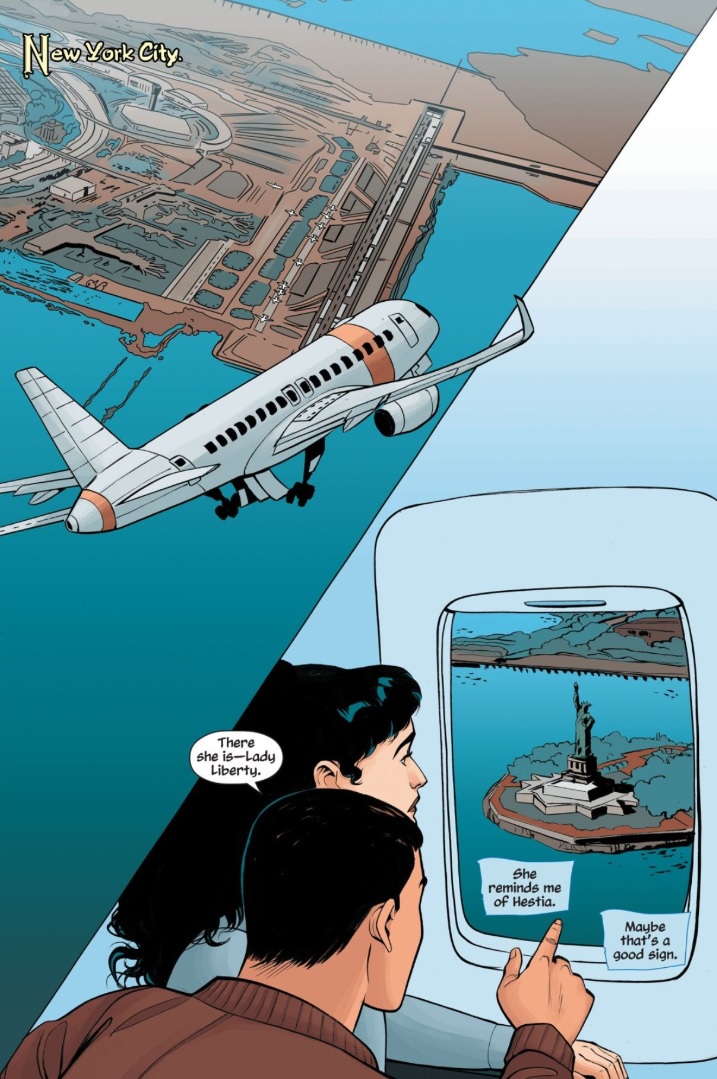 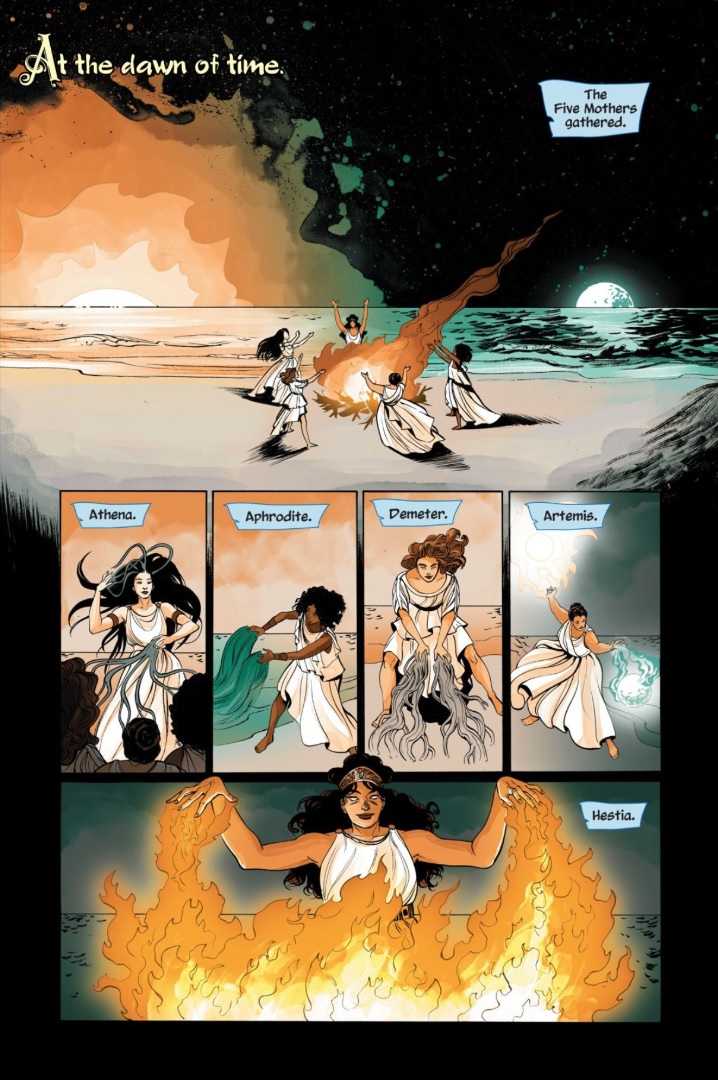 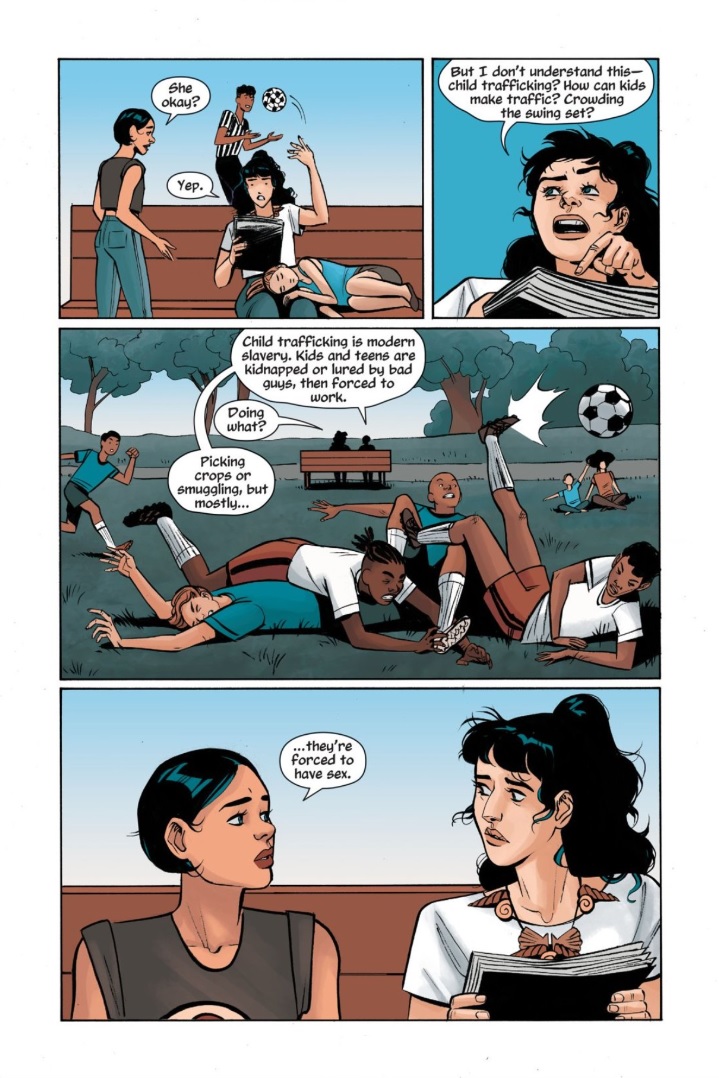