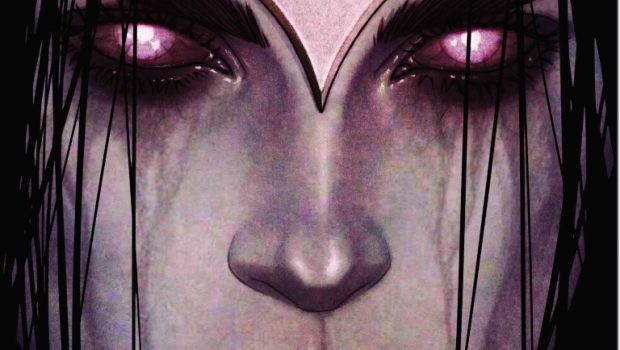 Part two of The Witching Hour arrives in Wonder Woman #56 as the Justice League Dark (Man-Bat, Bobo, John Constantine, Zatanna) led by Diana are attempting capture a unicorn in order to save this magical breed from the destruction of magic. Unfortunately Diana’s mind is elsewhere and after being witch-marked by Hectate as a child who now wants her power back, John Constantine believes that unless Diana can harness the powers of a goddess, the Earth may not have any hope.

They also do the unthinkable and seek support from the powerful Circe who may have the answers to the world’s predicament. Although Circe has a temper and turns on the Justice League Dark for entering her realm uninvited, the situation changes when Diana shows her the witch-mark of Hectate and as a result, she shows compassion to Wonder Woman stating that as the witching hour has begun and it will get worse.

From here the writer is taken to New Mexico that sees Manitou Dawn fall victim to the corruption of magic but before she vanished she mentioned the fabled city of Nanda Parbat which is discovered by Deadman courtesy of his possession powers. Back at the leagues headquarters, Circe gives them a history lesson on Hectate and how she became a triple goddess to magic and although the Lords of Order attempted to restrain her powers, she split her powers into five that when she came back, she could reclaim it.

Wonder Woman also demands Zatanna her to teach her to control this power in order to help defeat Hectate where our the Mistress of Magic discloses that one of their own would either liberate magic or destroy it. With Zatanna trying to buy time, Wonder Woman turns to Circe who gladly helps Diana unleash the power of Hectate as we learn from Deadman that Manitou Dawn is wielding an ancient power and is trying to level Nanda Parbat. 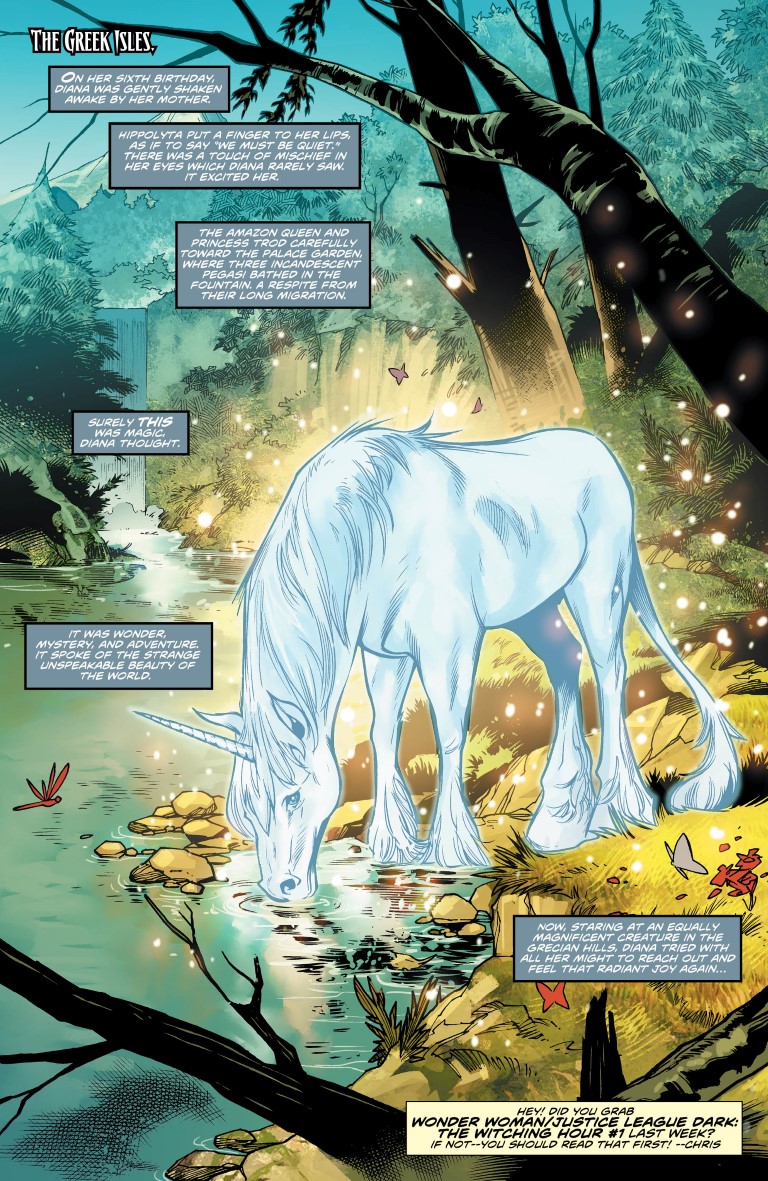 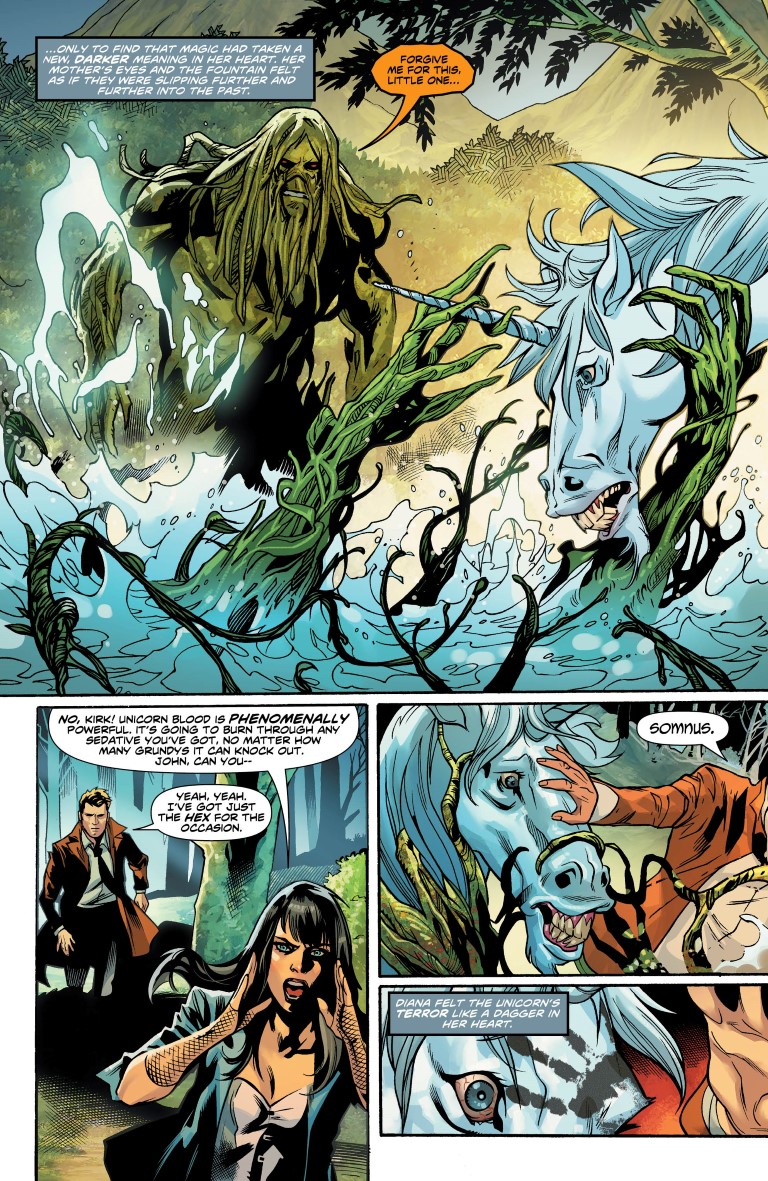 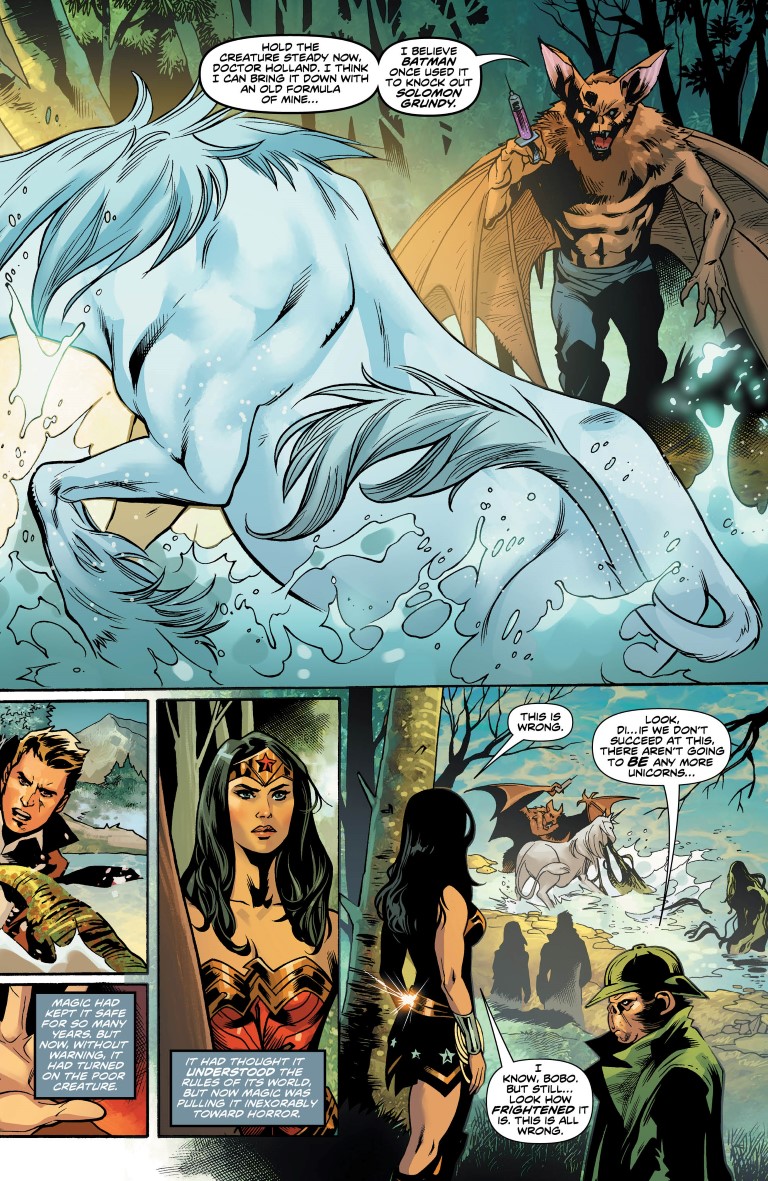 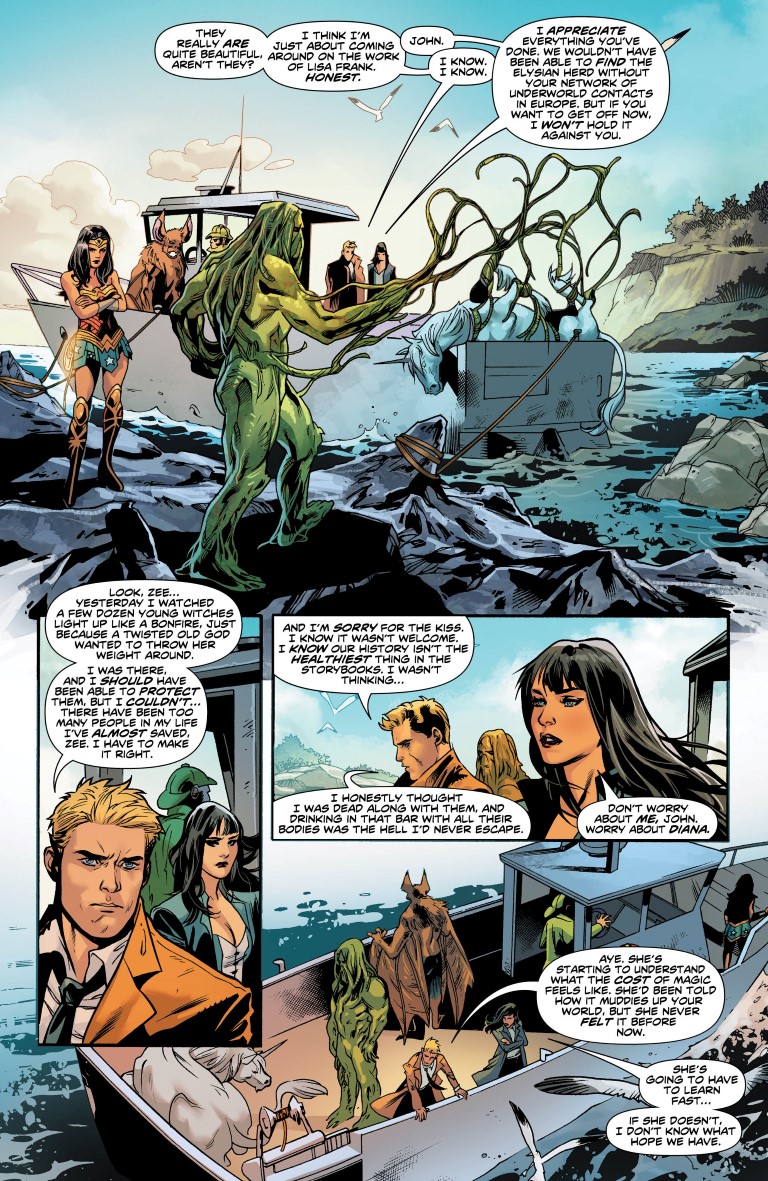 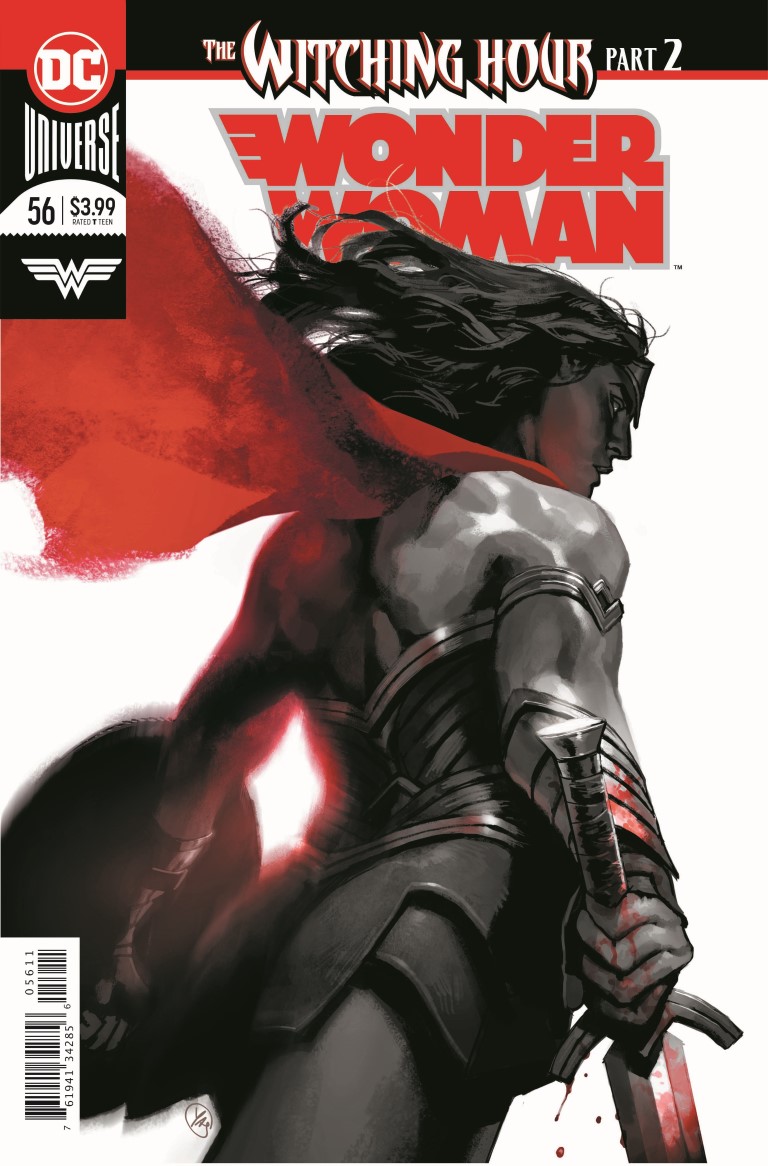 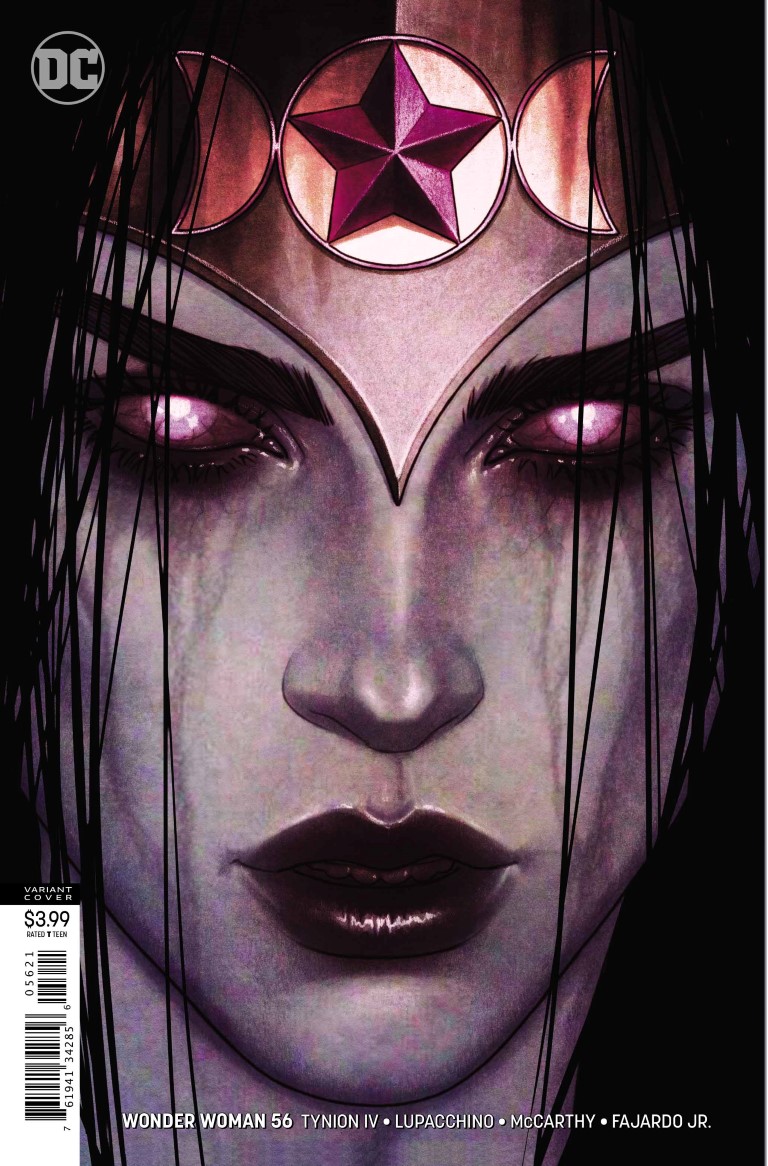