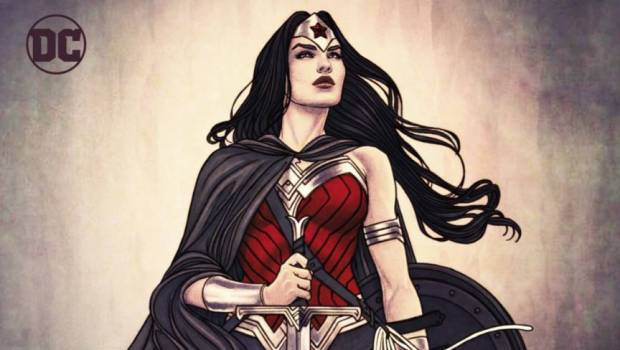 The final issue of James Robinson’s run of Wonder Woman is here as Diana with the odds against her tackles the Dark Gods. Although the previous issue finished with Jason, her twin brother being possessed by these powerful deities, we discover that this was a ruse as the two continue to fight in order to trick the Dark Gods to let their guard down.

As a result, this gives Diana and Jason the time needed to get the upper hand on these beings and even with the odds still against them with no sign of the Justice League, they continue to fight to ensure that this world survives. With only one option for victory, Jason offers himself to the Dark Gods in order for them to return this planet to what it was and for them to leave this reality much to the shock of Diana.

As the Dark Gods accept his offer, the two share a bittersweet moment before Jason is taken and the Justice League is returned as does Earth return to normal. The issue ends with Diana and Steve Trevor discussing the events of the Dark Gods, Jason’s sacrifice that ends with a kiss and with Wonder Woman pondering if she will ever see Jason again.

Although there’s been some criticism on James Robinson’s run of Wonder Woman, I thoroughly enjoyed it and his take on the “new” gods. Issue #50 was a little lacklustre in terms of the previous issues but it was still a satisfying conclusion with some fun dialogue, great characterisation and awesome art by Stephen Segovia, Jesus Merino and Andy Owens.

So long James and thanks for all the fish! 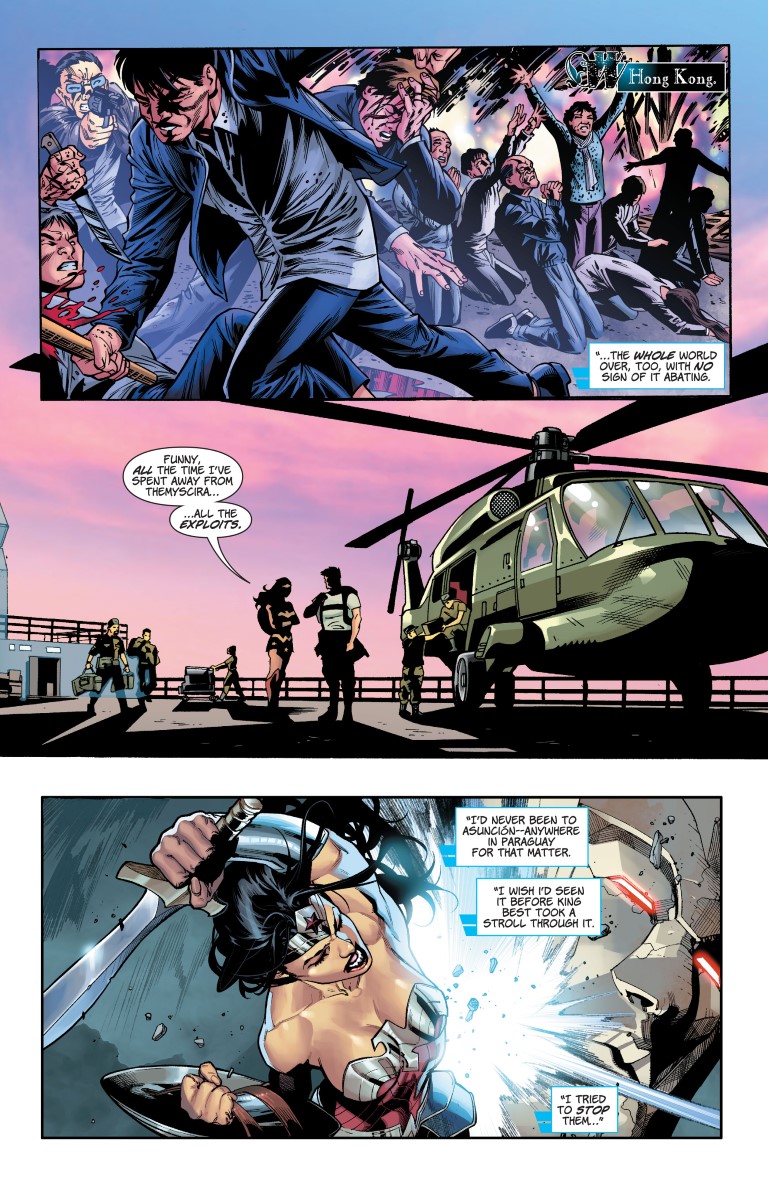 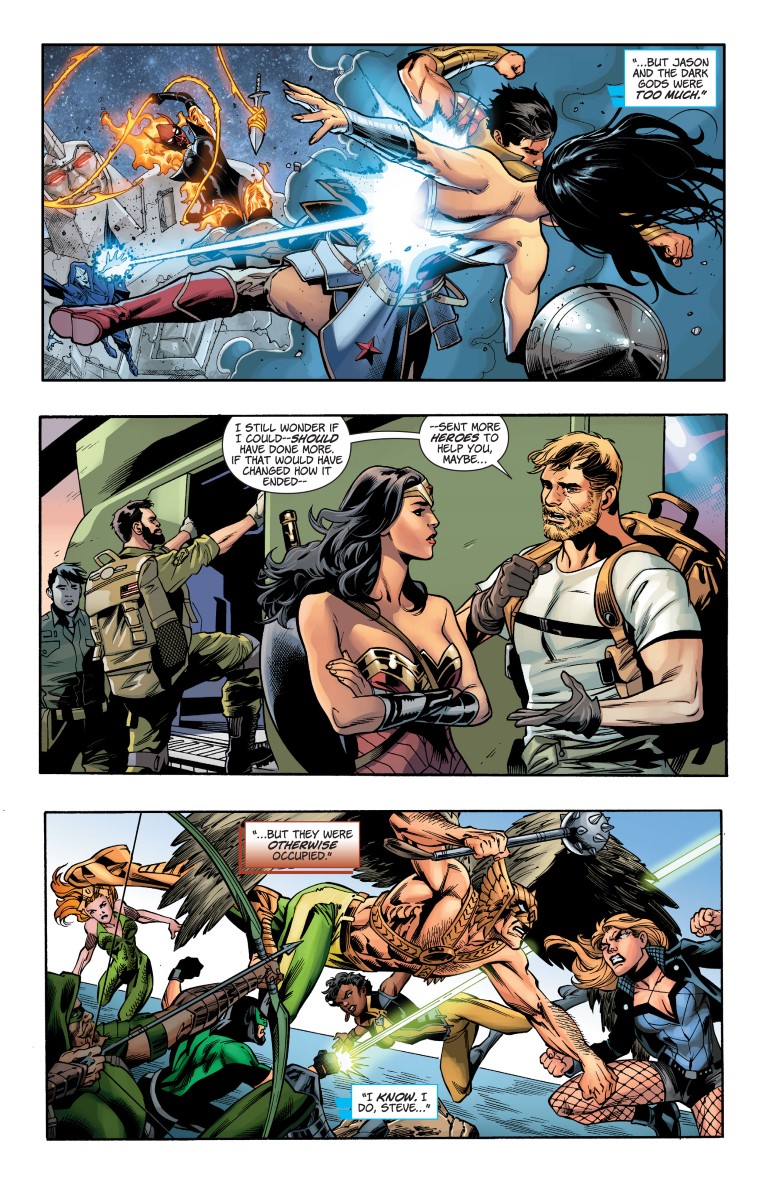 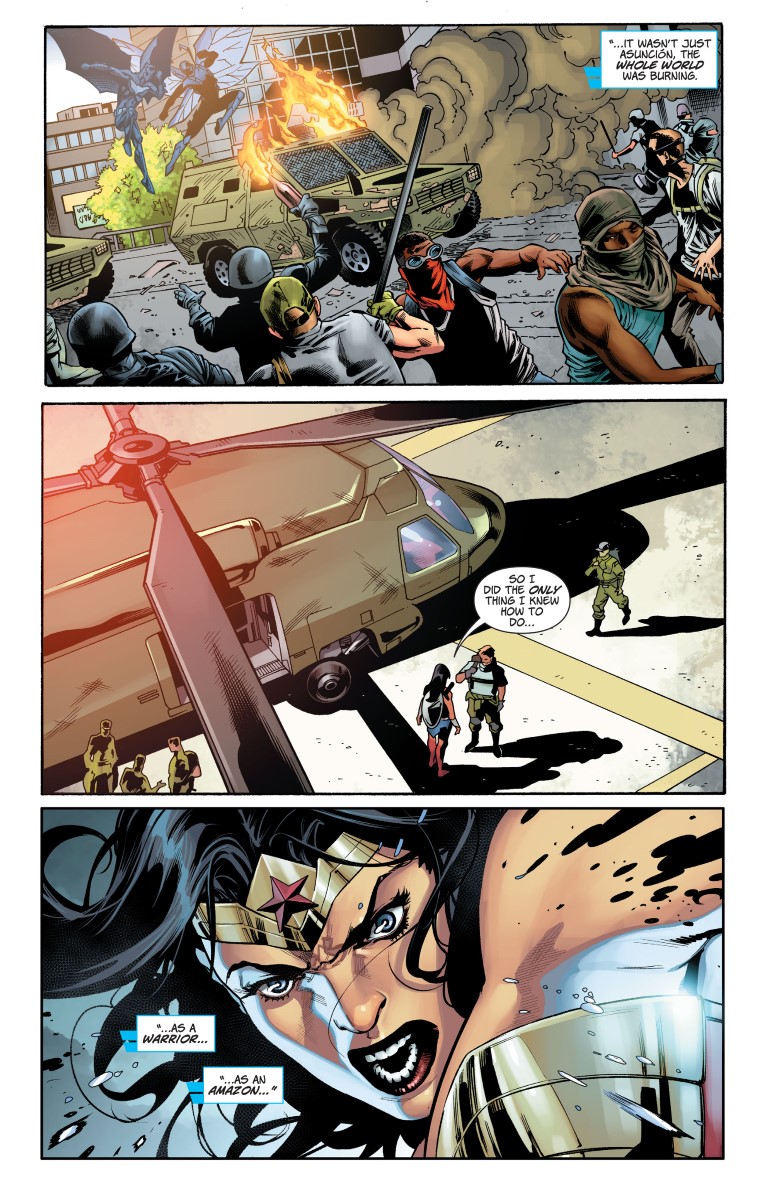 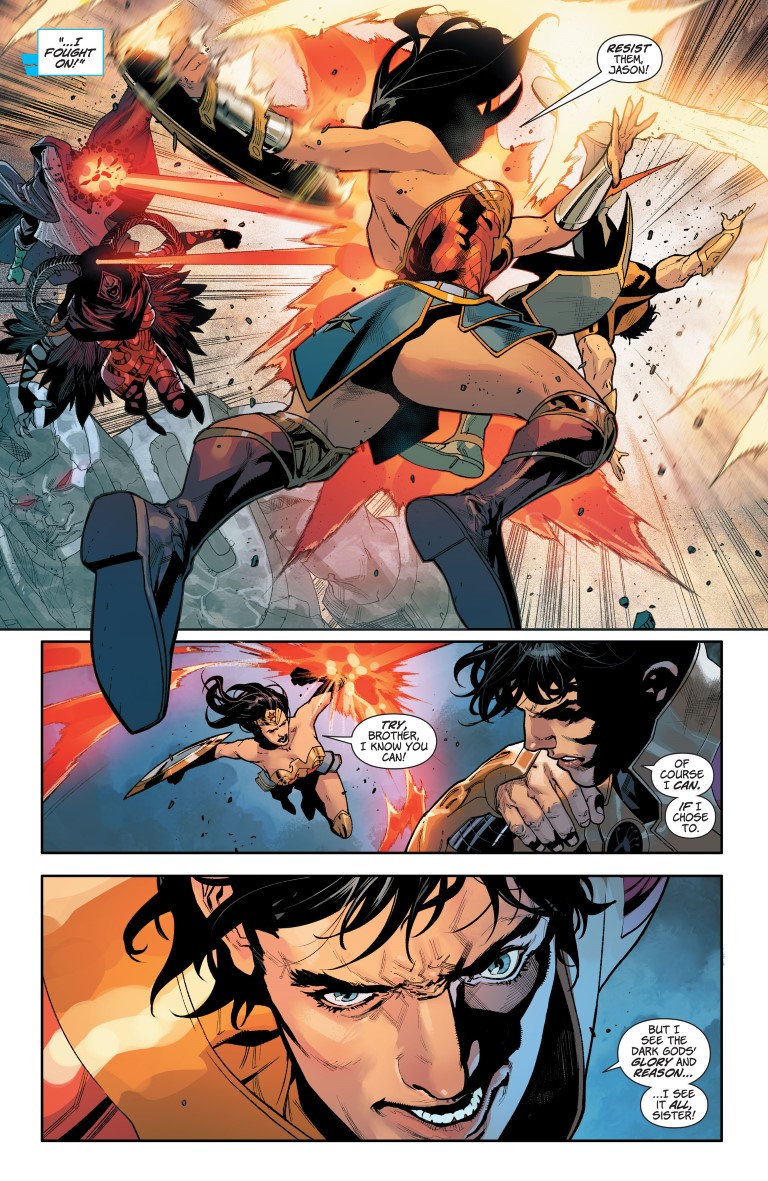 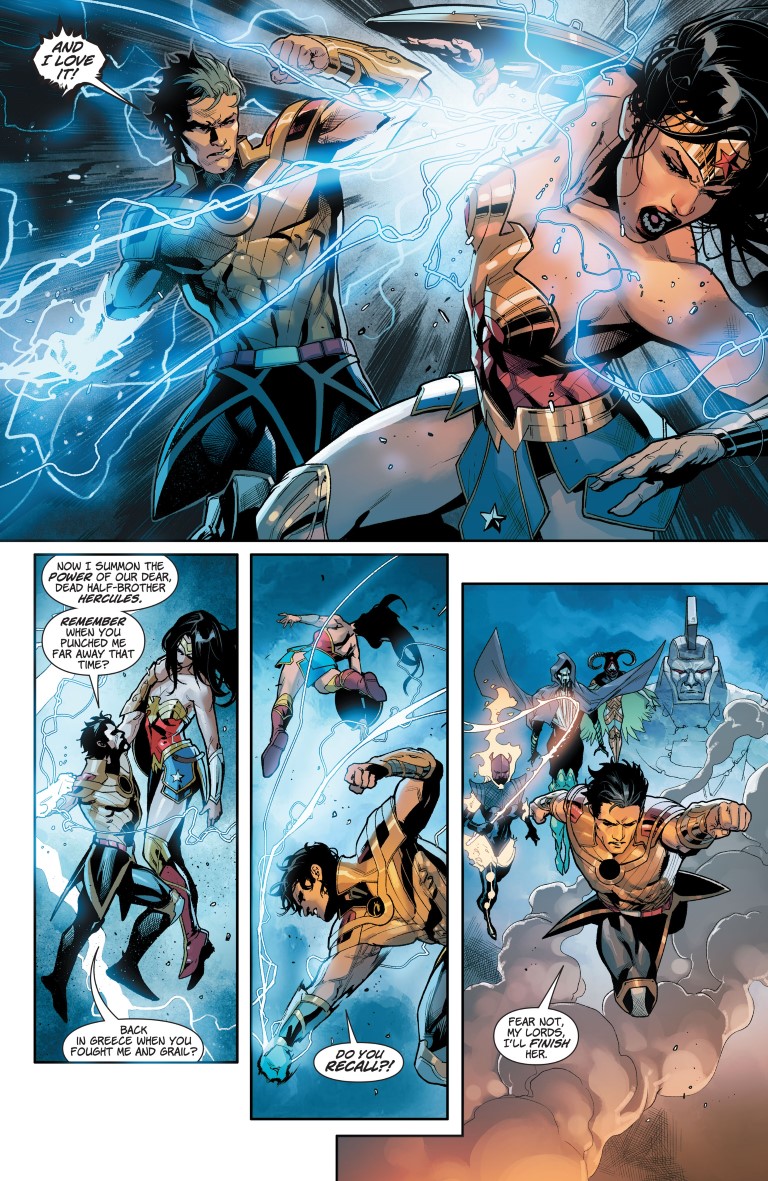 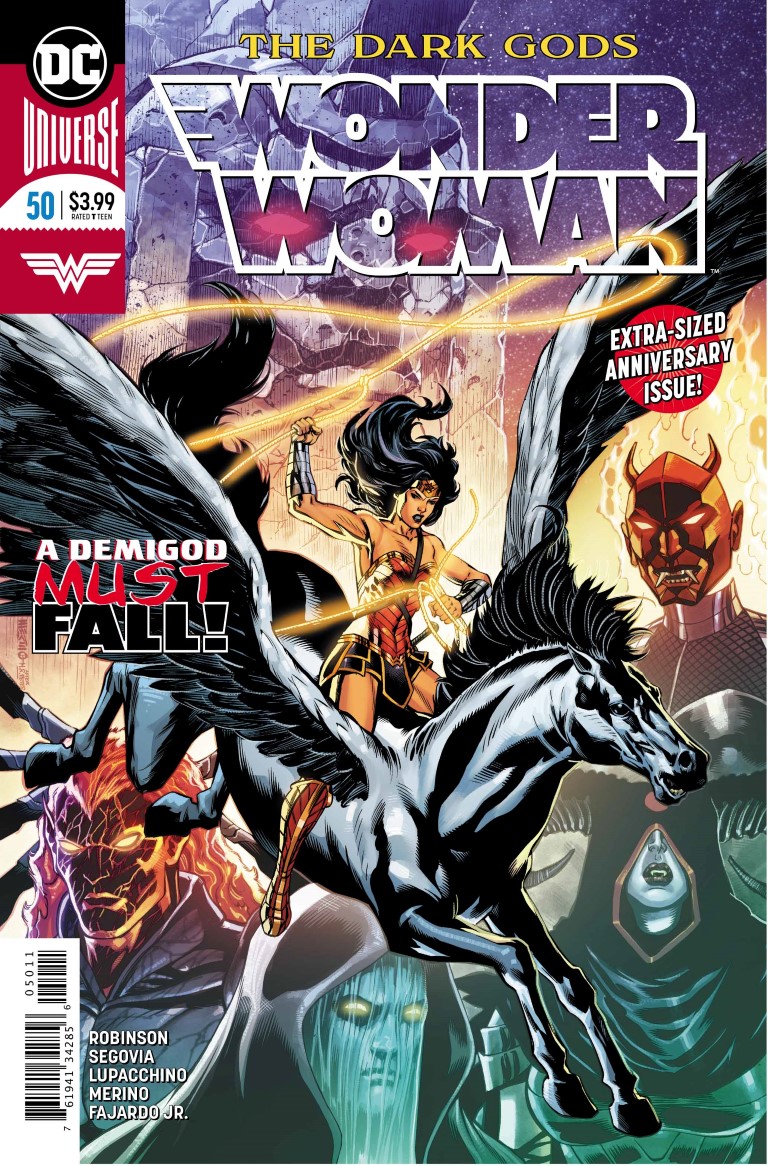 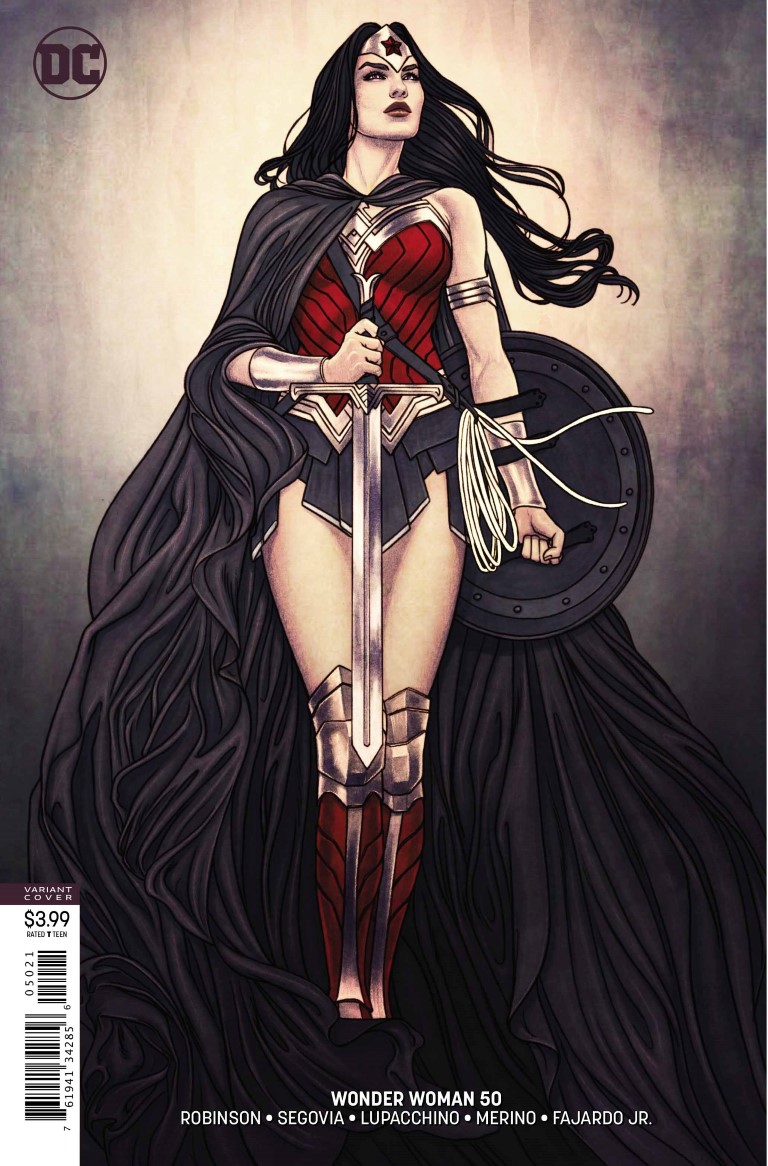