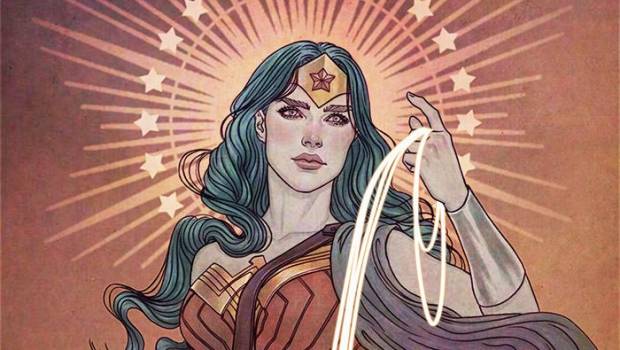 Summary: Wonder Woman #49 is another epic story from Robinson and Merino as Diana takes on the Dark Gods with her brother Jason that leads to a shocking cliff hanger

As James Robinson’s run of Wonder Woman is coming to a close, he delivers another epic chapter of his Dark Gods story that sees a reunited Diana and her twin brother Jason going up against an ancient pantheon of Gods. Needless to say, these interfering deities have literally turned the world upside as South America is in flames, the United Kingdom is in a rapturous thrall and the streets of Russia run red with suicides… so humanity is definitely up the river of Styx without a paddle.

The Dark Gods goal is to remake the universe in their vision with Earth as their starting point… and this planet happens to be the catalyst for everything that has gone horribly wrong in this universe as well. Although this comic is from the perspective of Wonder Woman, Robinson touches upon the civilians from the many parts of the world which does add some great perspective of how dangerous this threat is yet somehow Diana and her brother manage to incapacitate one of the  Dark Gods for a short time, until he is also turned to the side of this evil pantheon. This ends the issue on a classic cliff hanger that will be concluded in the 50th issue of Wonder Woman.

Even though there has been some criticism of James Robinson’s run of Wonder Woman, I’ve really enjoyed it and sure, the dialogue can be clichéd at times but when it comes to epic stories, this writer definitely delivers. Furthermore he captures the voices of the characters well and when matched with the truly stunning and dynamic art of Jesus Merino, it creates this almost summer blockbuster feel. 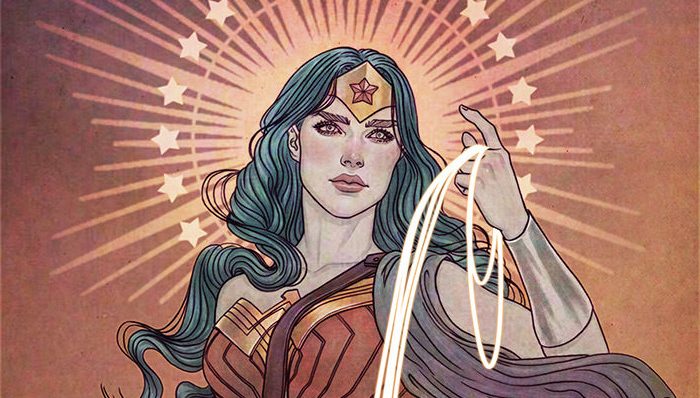 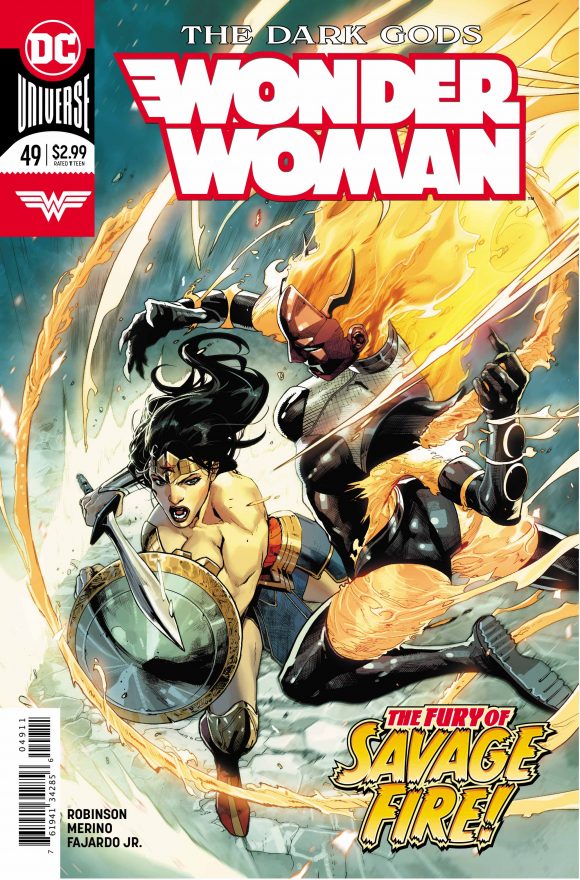 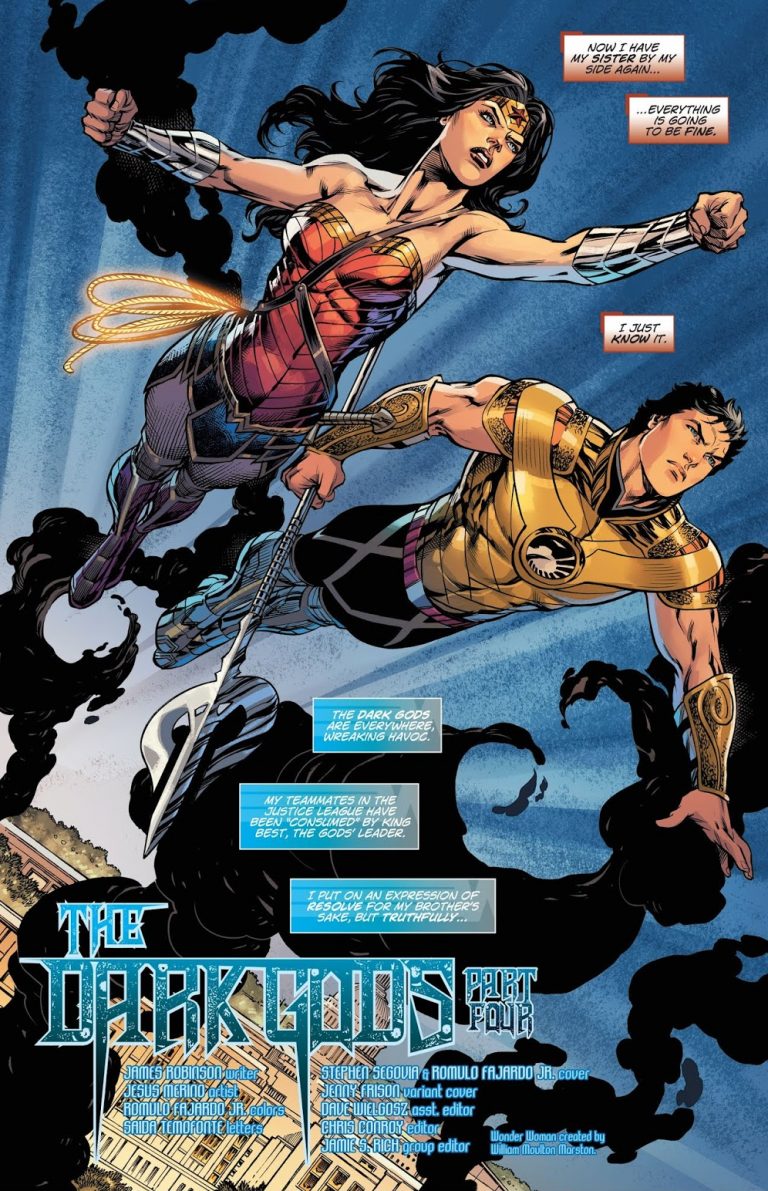 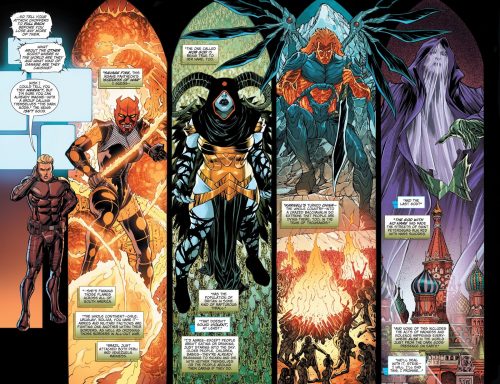 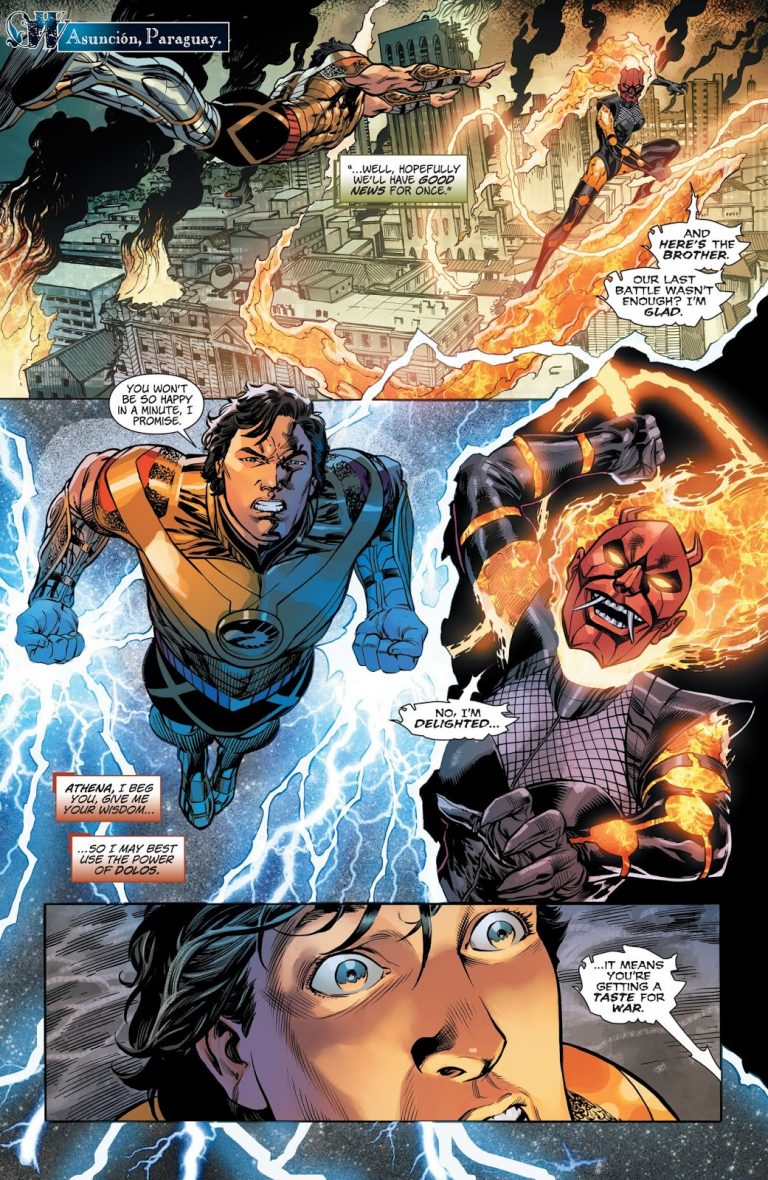