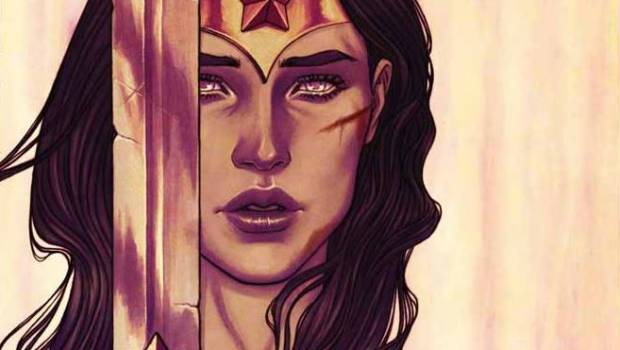 When Amazonians turned parademons attack, courtesy of the New God Darkseid and his daughter Grail, a glimmer of hope still exists with Wonder Woman. As Steve Trevor, A.R.G.U.S. and the twin brother of Wonder Woman Jason fight the furies and these new parademons, Diana takes personally takes the fight to Darkseid.

Wonder Woman also realises that violence won’t win this battle and with a strange twist of fate, she uses love… yes love to help release the gods and demigods who were killed to power Darkseid and as a result, his power is stripped and is seemingly vanquished again… or so it seems.

Elsewhere Jason enters the portal to Themyscira in order to stop Grail from turning the more Amazons into parademons and although he succeeds, our ‘new’ god finally meets his mother, Queen Hippolyta as the two share a moment. However there moment is cut short when the portal created by Darkseid is about to close and Hippolyta gives her son a gift before he returns to Man’s World, a spear designed by Artemis and crafted by Hephaistos.

Grail is also imprisoned by Hippolyta and as punishment, she is forced to live with Ares, the God of War for an eternity. The story ends with what appears to be a confused manlike Darkseid wandering along a beach. Sure, some people may roll their eyes on how Wonder Woman defeated this Dark God but it was definitely an unexpected twist and in line with this character.

With that said, I’ve really enjoyed James Robinson’s run on Wonder Woman and although there have been critics, I believe he has captured the essence of Diana and her inner voice. Add in a relatively realistic relationship with Steve Trevor and the greatest villain of them all and I can’t wait to see where the next issue takes. Lastly, artist Ema Lupacchino successfully brings Wonder Woman to life with larger than life panels and when the action starts, it’s almost like these characters jump out of the page.

Things are never black and white in James Robinson’s Wonder Woman and issue #45 delivers an action packed  and unexpected story from start to finish. 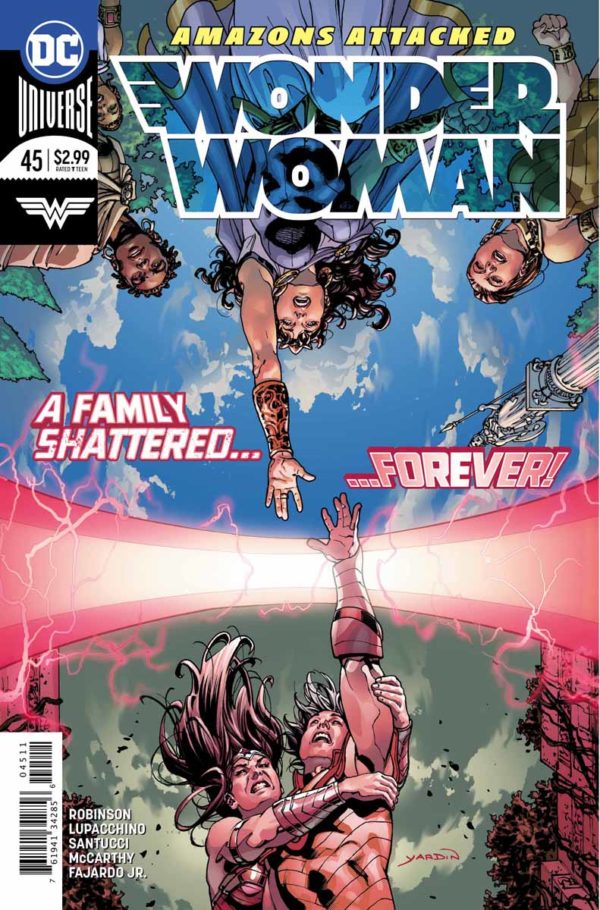 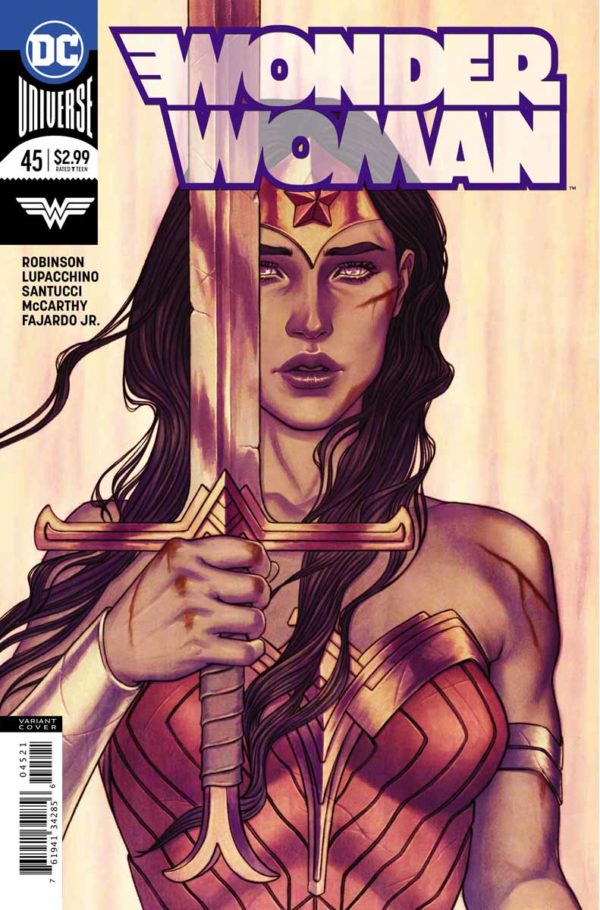 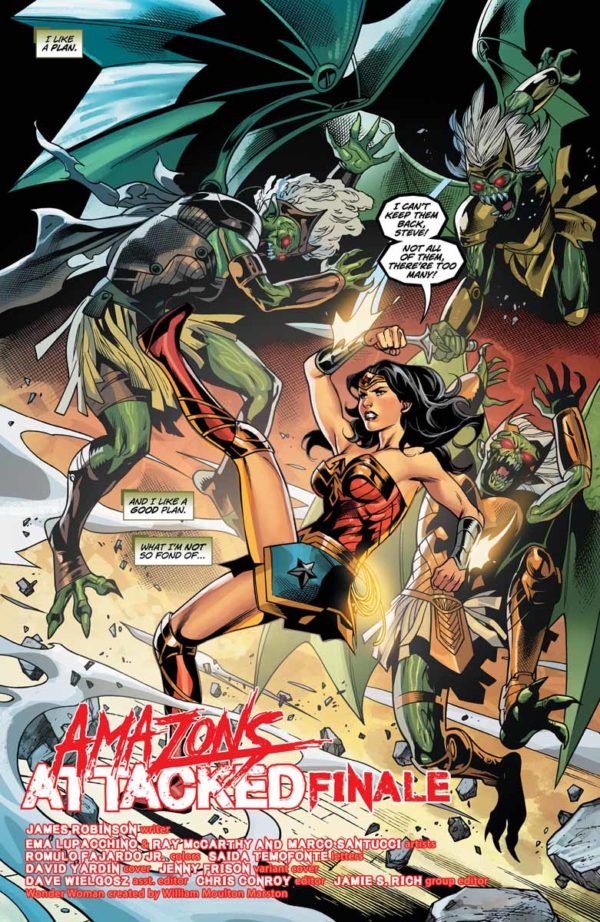 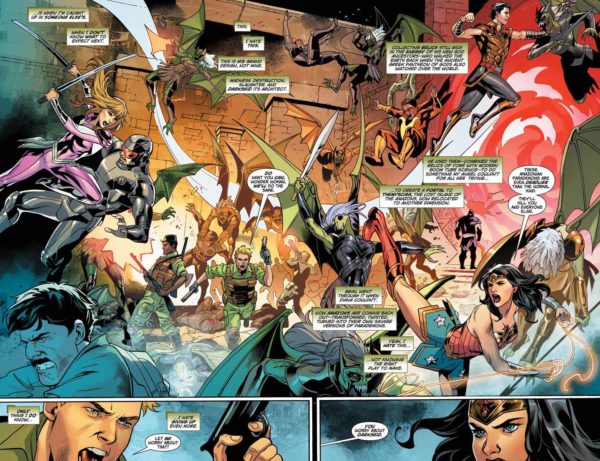 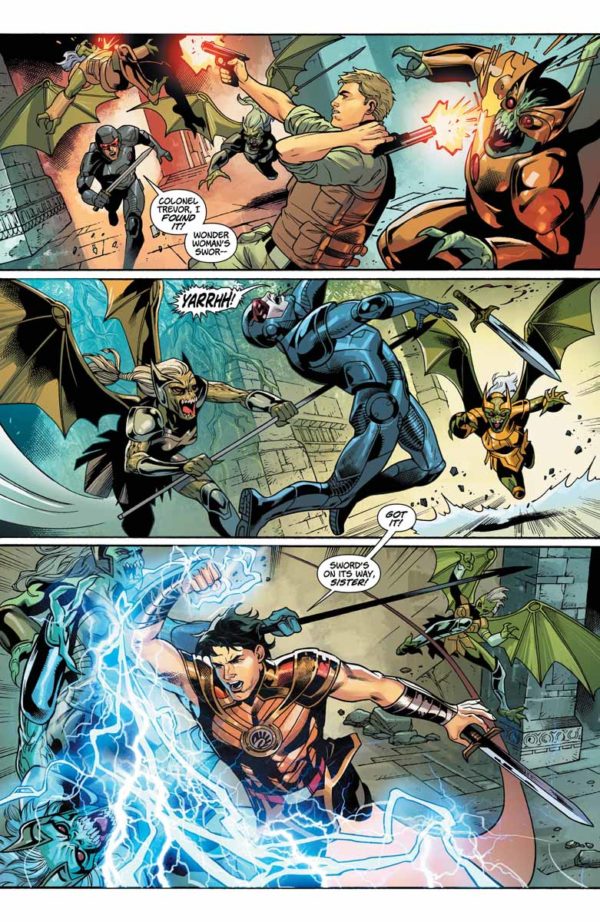 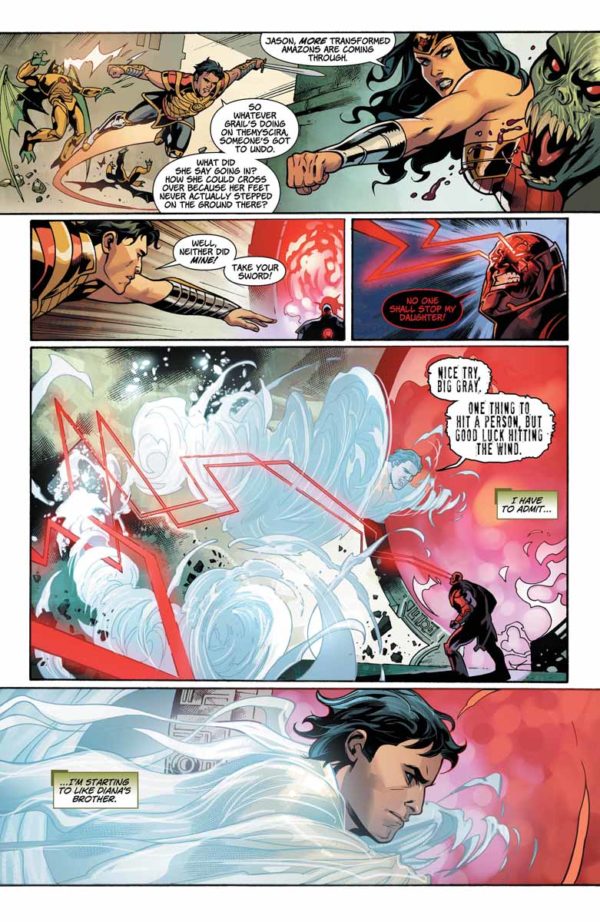