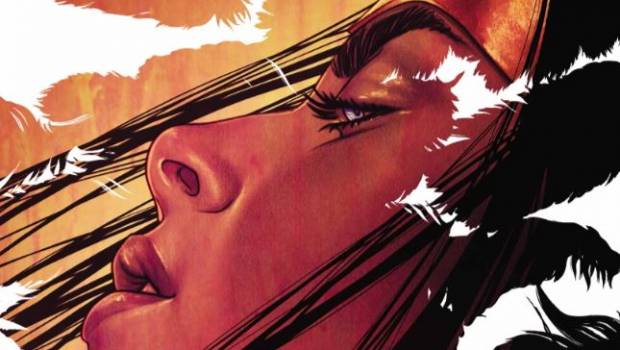 After the shocking cliffhanger ending in the previous issue, both Diana and her twin brother are safe on Terra-firma. Thankfully these two children of the gods are fast healers as they commence their search for the injured Silver Swan. Elsewhere, Steve Trevor and his team are going head to head against Darkseid’s Furies who are searching the world for powerful artifacts in order to increase the power of this villainous entity. This was an interesting diversion but definitely a huge tease from writer James Robinson.

However this issue focuses on Diana and Jason on the trail of the Silver Swan and as they trace her murderous trail, they fail to find Vanessa who is actually hunting them. As Vanessa blames Wonder Woman for the destruction of her life after she saved her, the Silver Swan wants to take Jason away from Diana in an act of cruel revenge. Although Diana tries her best to persuade Vanessa to see reason, she eventually resorts to brute force and easily defeats her. As a peacekeeper, Diana seeks the aid of Argus who believes that her “schizophrenia” can be cured with a surprise twist of who this Argus Doctor really is… no spoilers here.

The story ends with Jason being engulfed in dark purple energy with Diana finding a ‘farewell’ note from her brother. Although not as epic as the Darkseid story, it was fun seeing Wonder Woman face a more grounded villain and once again James Robinson delivers a decent issue with a few cliches thrown into the mix. Add in the gorgeous art of Emanuela Lupacchino and she really captures the majesty and power of this Amazonian Goddess and really complements the story of Robinson.

All in all, another entertaining issue. 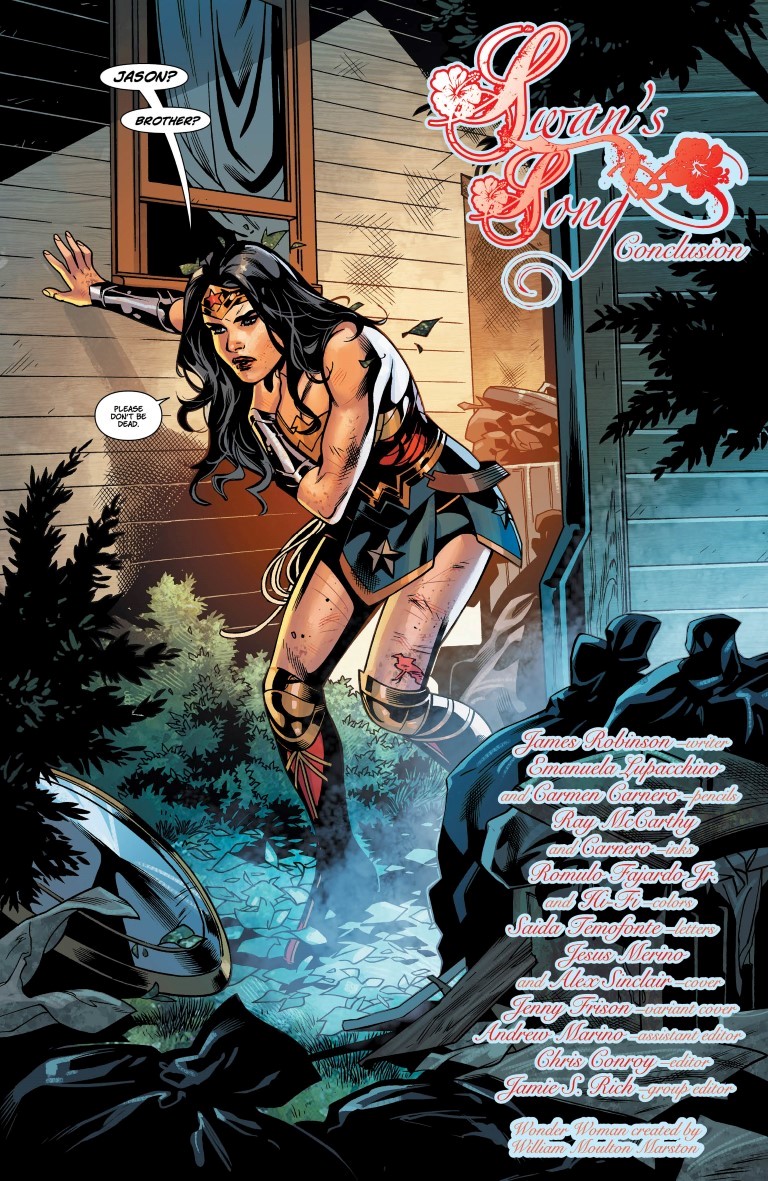 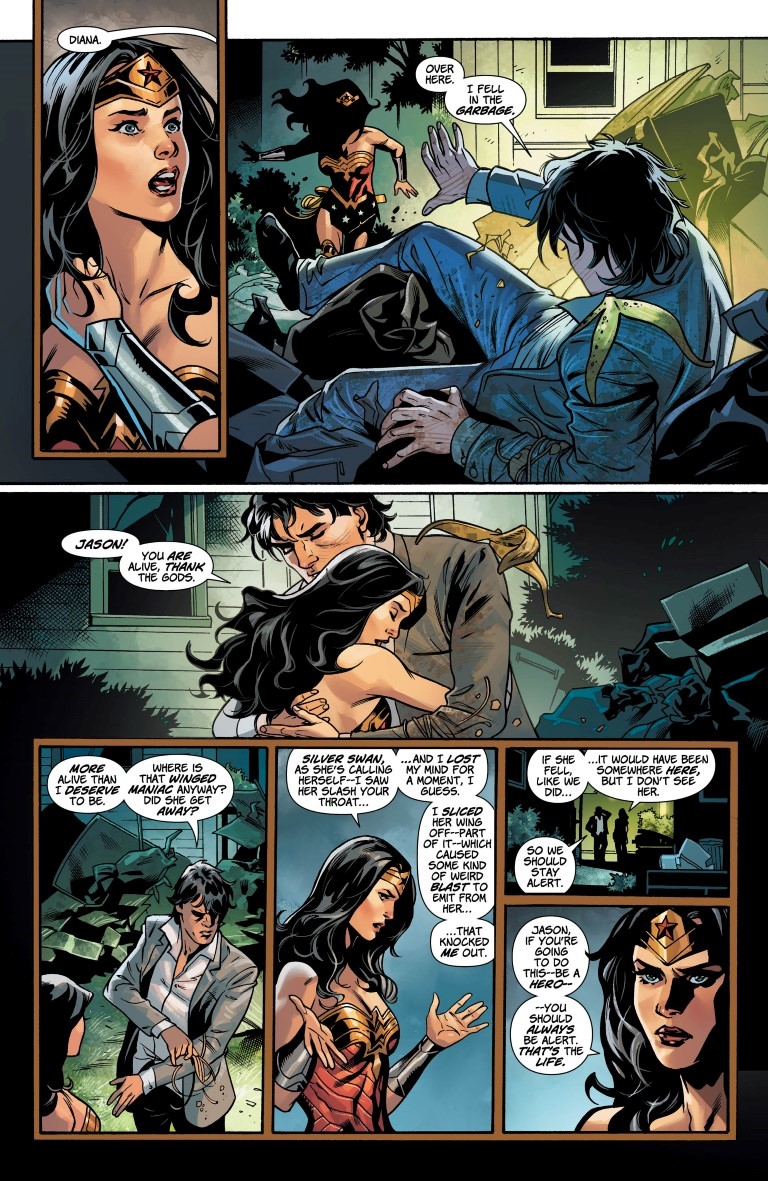 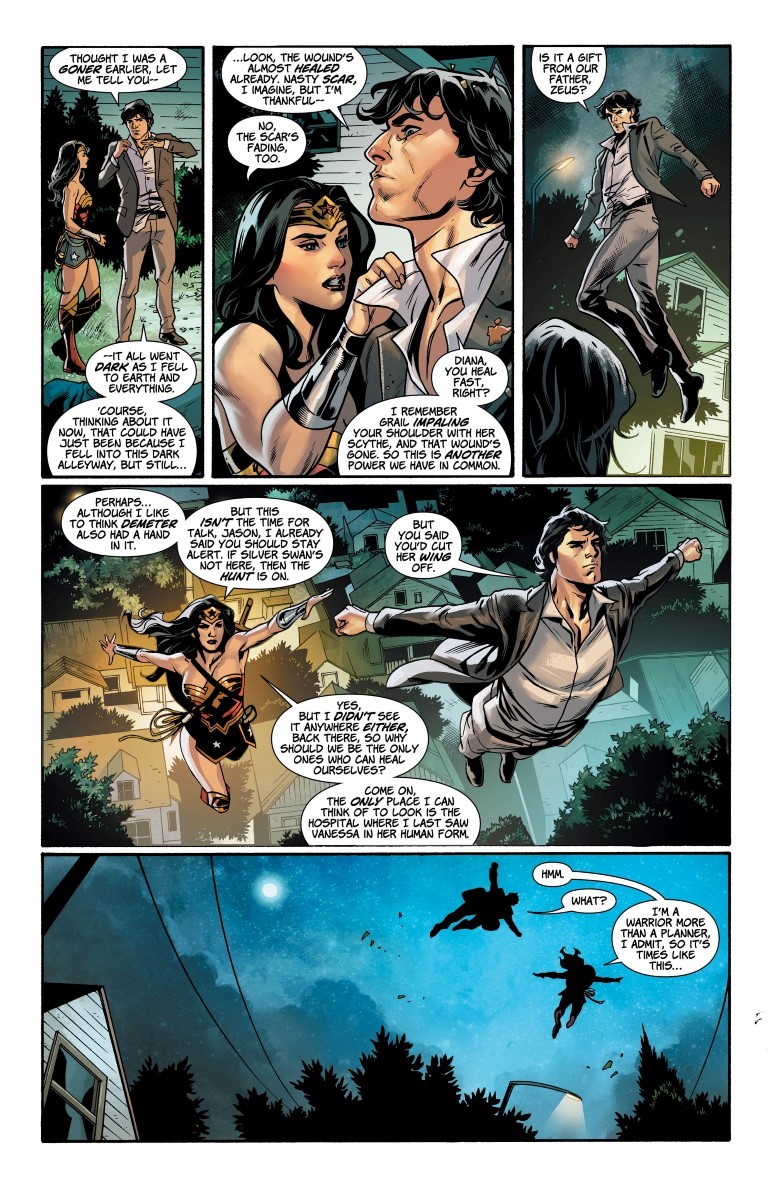 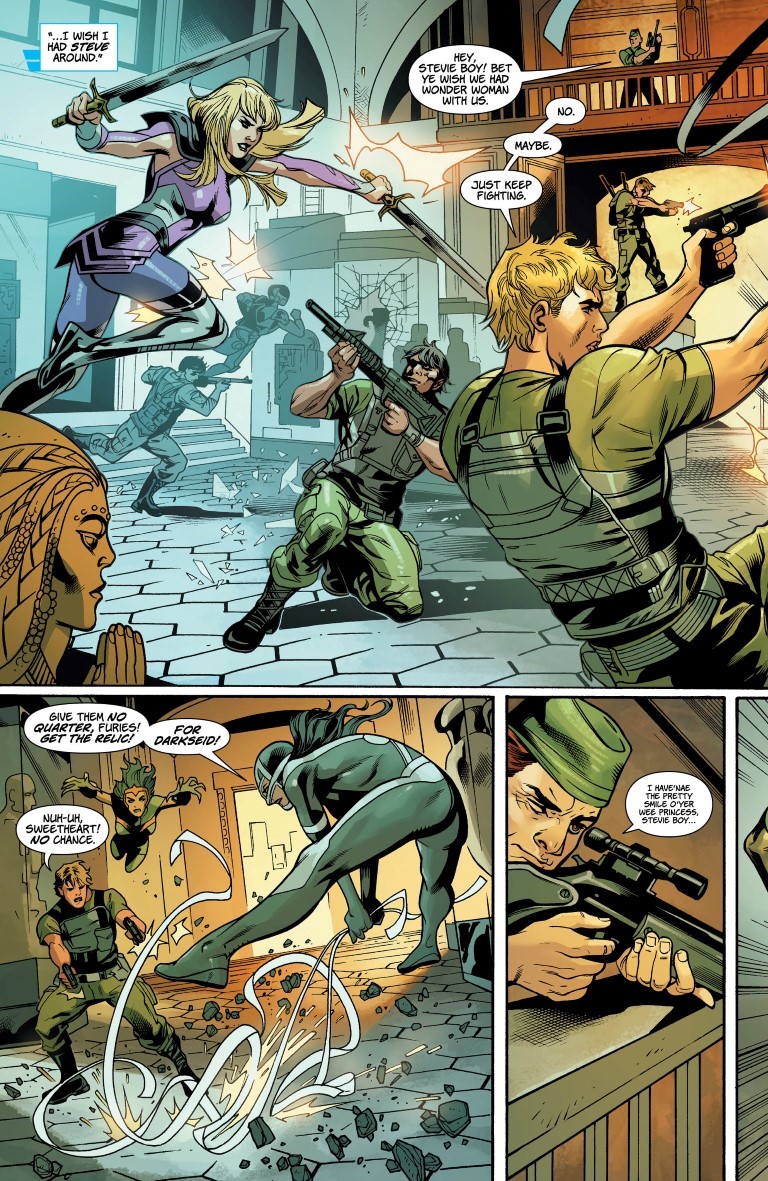 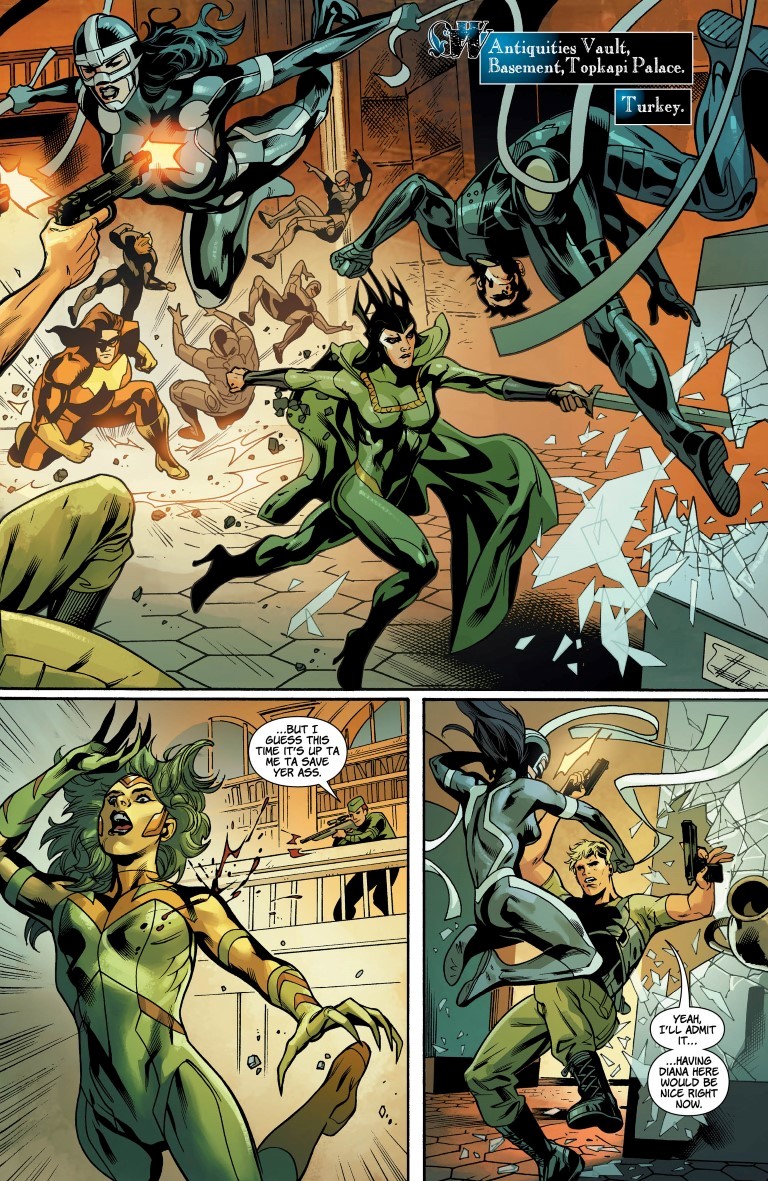 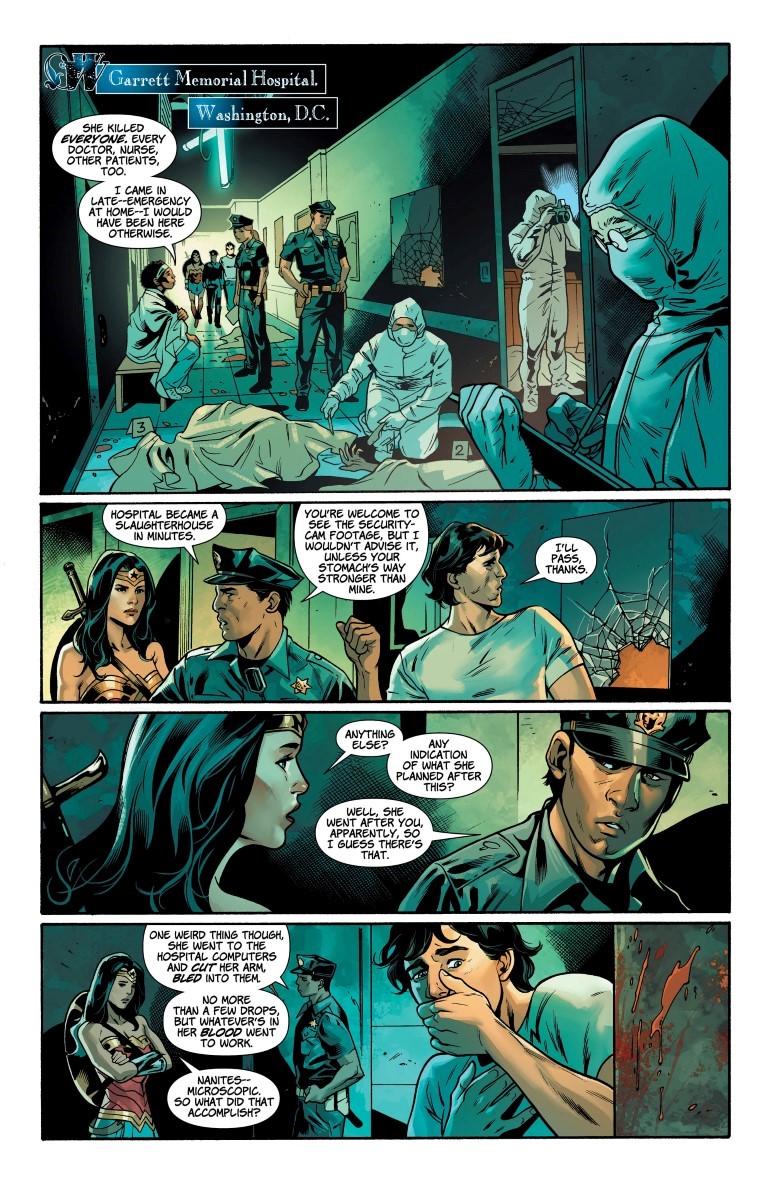 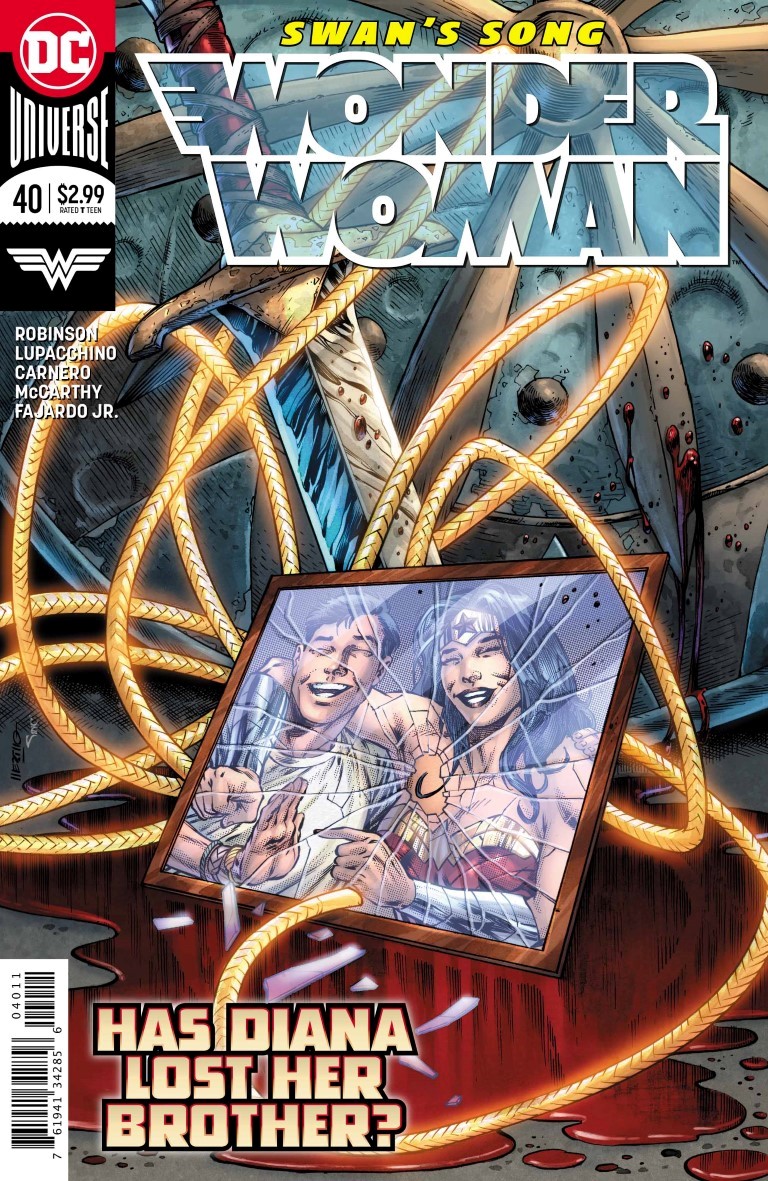 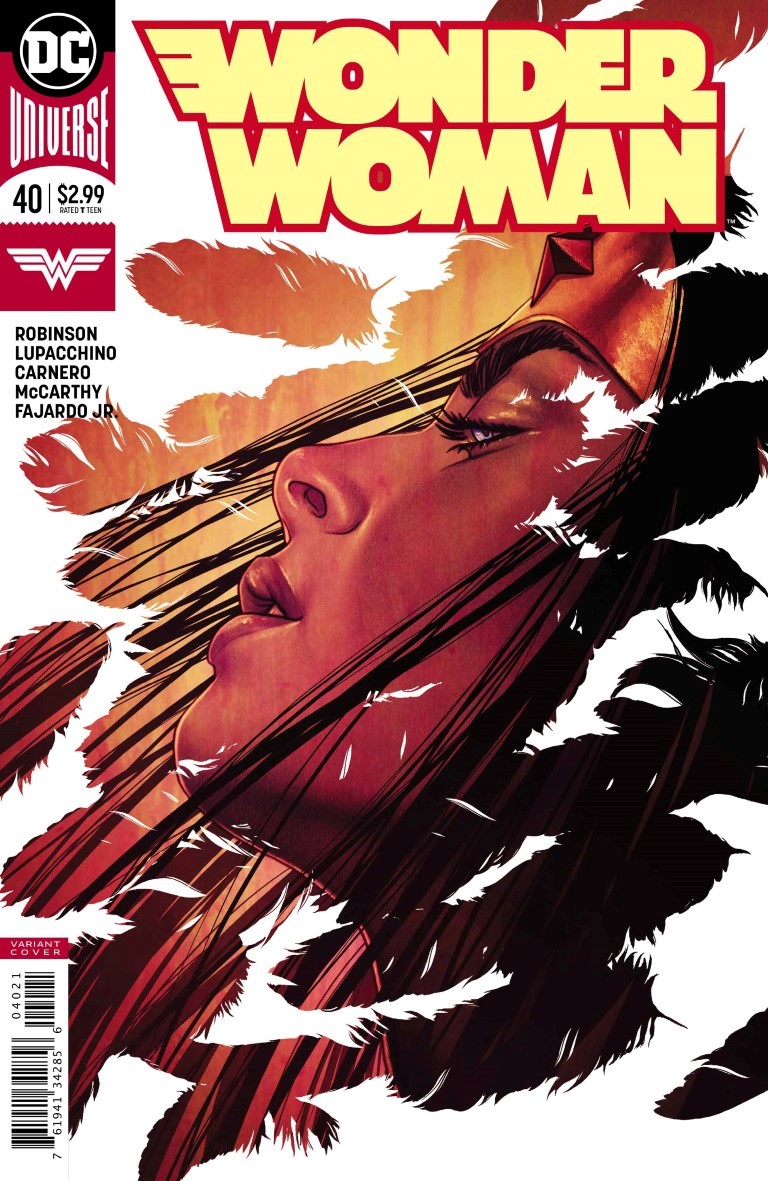