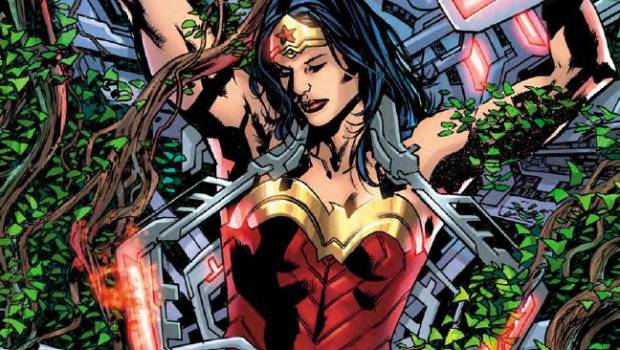 Wonder Woman #36 Review (Held captive… by the old gods and the new!)

Summary: Wonder Woman #36 introduces Zeus back into the mythos of the DCU

Somewhere in the Amazon jungle, Diana is being chastised by her twin brother Jason while Grail watches on. Wonder Woman who has been captured feels betrayed by her brother while he believes that it was Diana’s meddling that forced him to remain hidden all these years while she was being ‘wonderful’. Wonder Woman also tries to reason with Jason, stating that Grail has been killing the children of Zeus with one of them being Hercules who her brother noted was a teacher and a friend. Grail uses forces in order to silence Diana.

So while Grail attempts to continue beating Diana who has been trying to reason with her brother, Wonder Woman has had enough as she breaks her bonds and attacks her twin and the villain. Unfortunately for Diana this fight is interrupted by Darkseid who now appears to be a teenager. Although still lacking his full power, Darkseid manages to injure Diana with his Omega beam and begins draining her life force in order to return himself to his former self.

Hope is a dream warrior – Darkseid

Jason does try to stop the attack, however is held back by Grail and before Darkseid can continue his work, Mr Hooper arrives who had given Diana the estate of Hercules. Hooper also apologies for not acting sooner as he had taken an oath to remove himself from the affairs of the gods before he unveils his true identity… that of Zeus and father of Diana and Jason!

Holy Old Gods, this is what Wonder Woman is about, epic tales about gods and nefarious villains as writer James Robinson delivers a thoroughly enjoyable story from start to finish that is brought to life with the impressive art from Carlo Pagulayan. The whole issue had this blockbuster feel to it and even thought some of the dialogue was a little cliched, it still worked well.

Elsewhere in the story Steve Trevor and Amanda Waller are interrogating Giganta who has been collecting relics across the globe for none-other than Darkseid. With no other options, Giganta does cooperate with the duo and gives Trevor and Waller a list of the artifacts that she failed to collect for Darkseid which I’m sure will play a role in the next few issues.

Y’know, he never actually said his name, but one look at him – Giganta

Although James Robinson can get stuck in his Times Past stories at ‘times’ but when he’s on a roll, his stories are taken to another level and issue #36 of Wonder Woman delivers classic Robinson with some fun and at times predictable twists. Nonetheless, he channels the ‘wonder’ of Wonder Woman and I’m eager to see Darkseid vs. Zeus in the next issue! 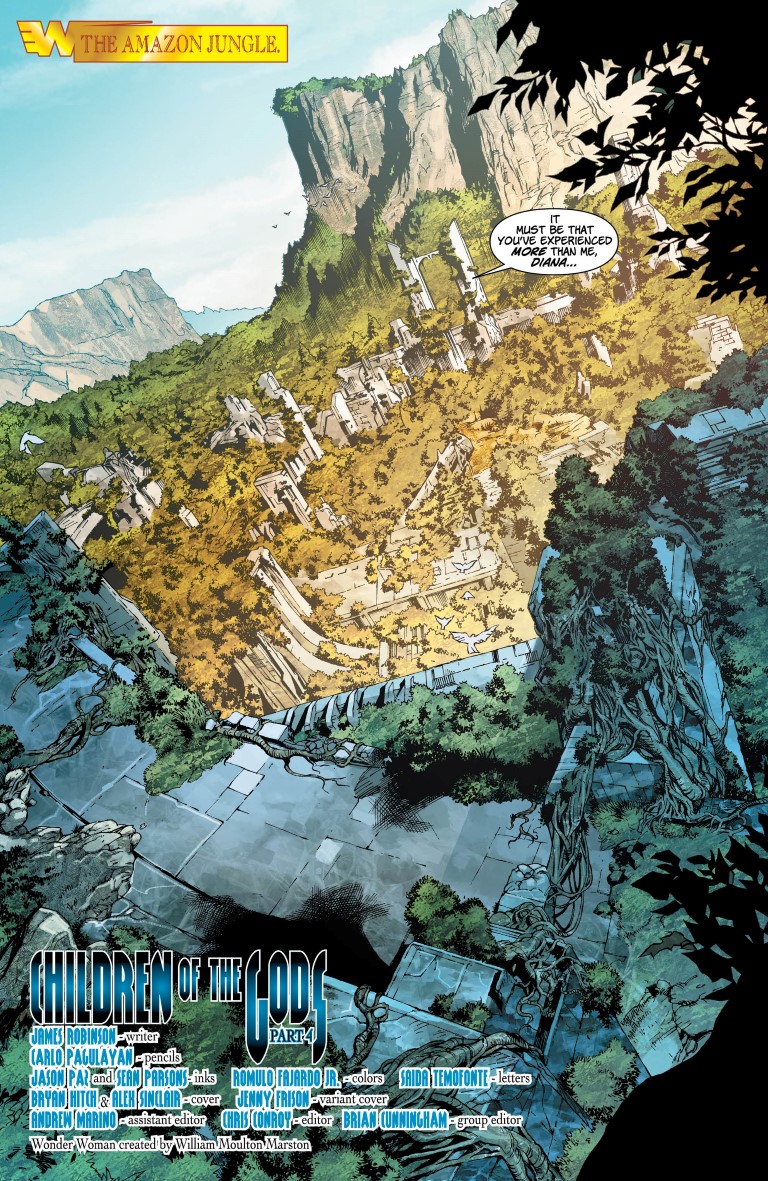 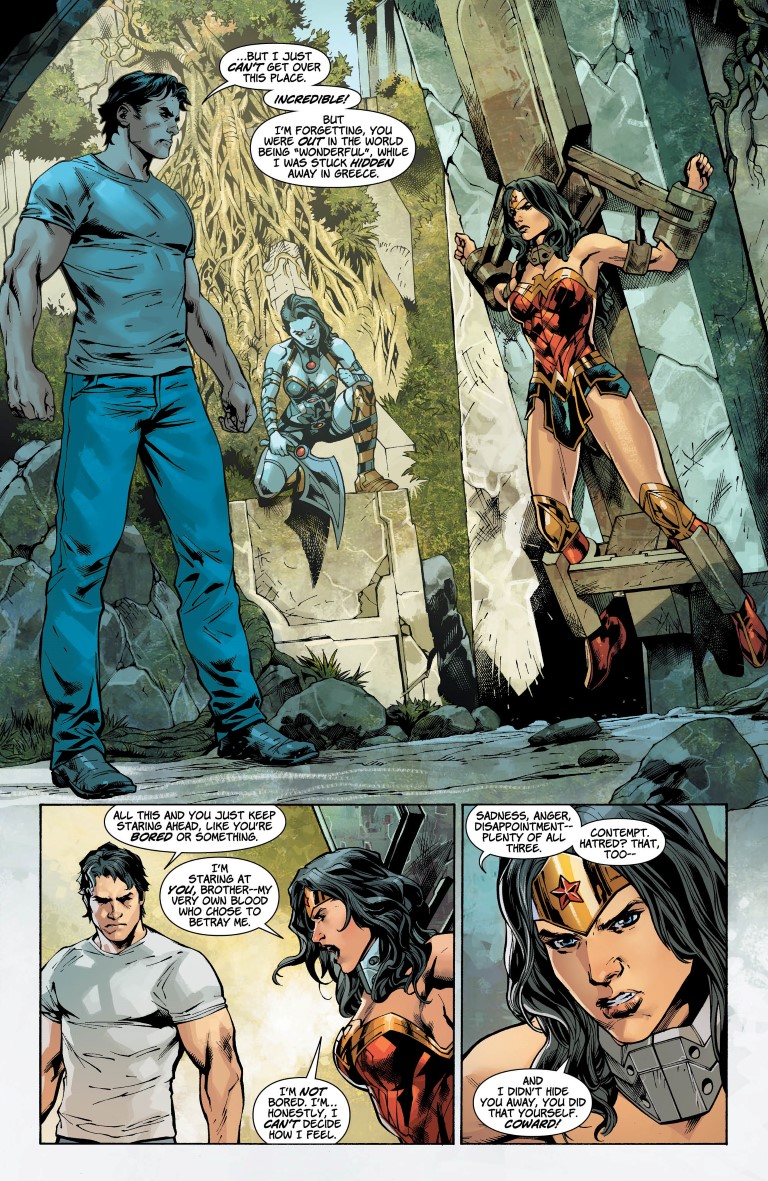 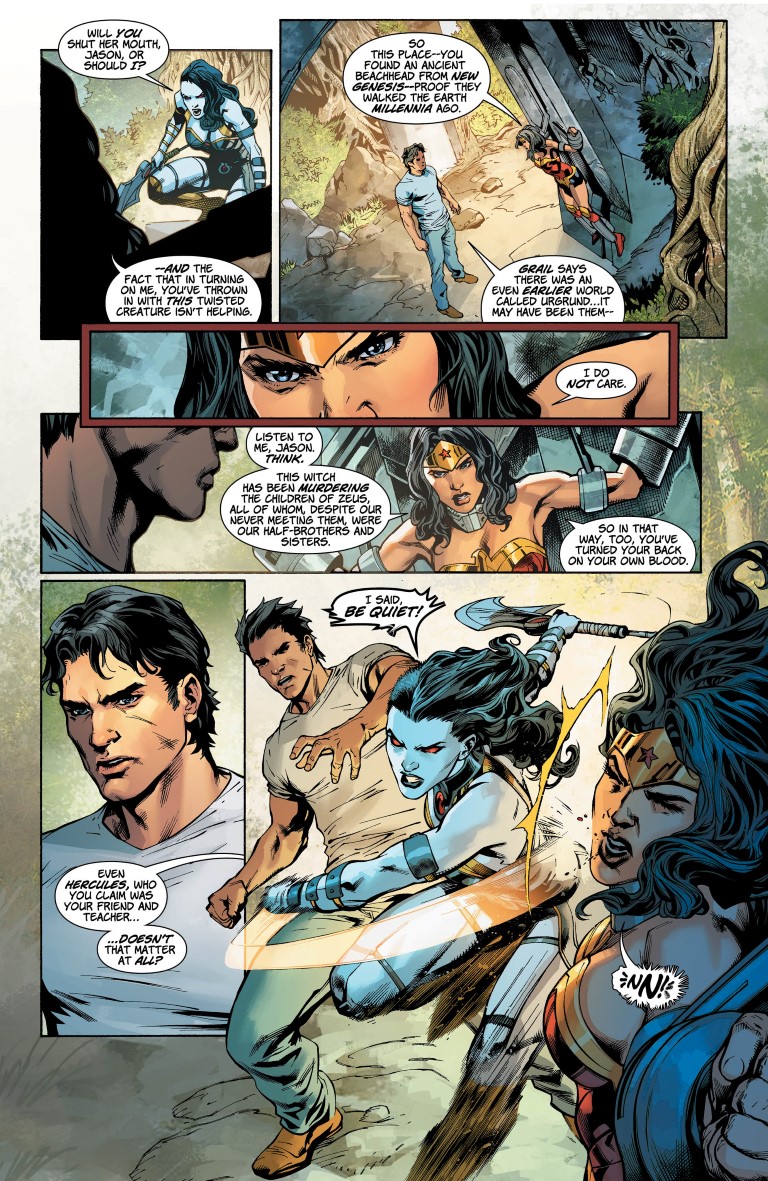 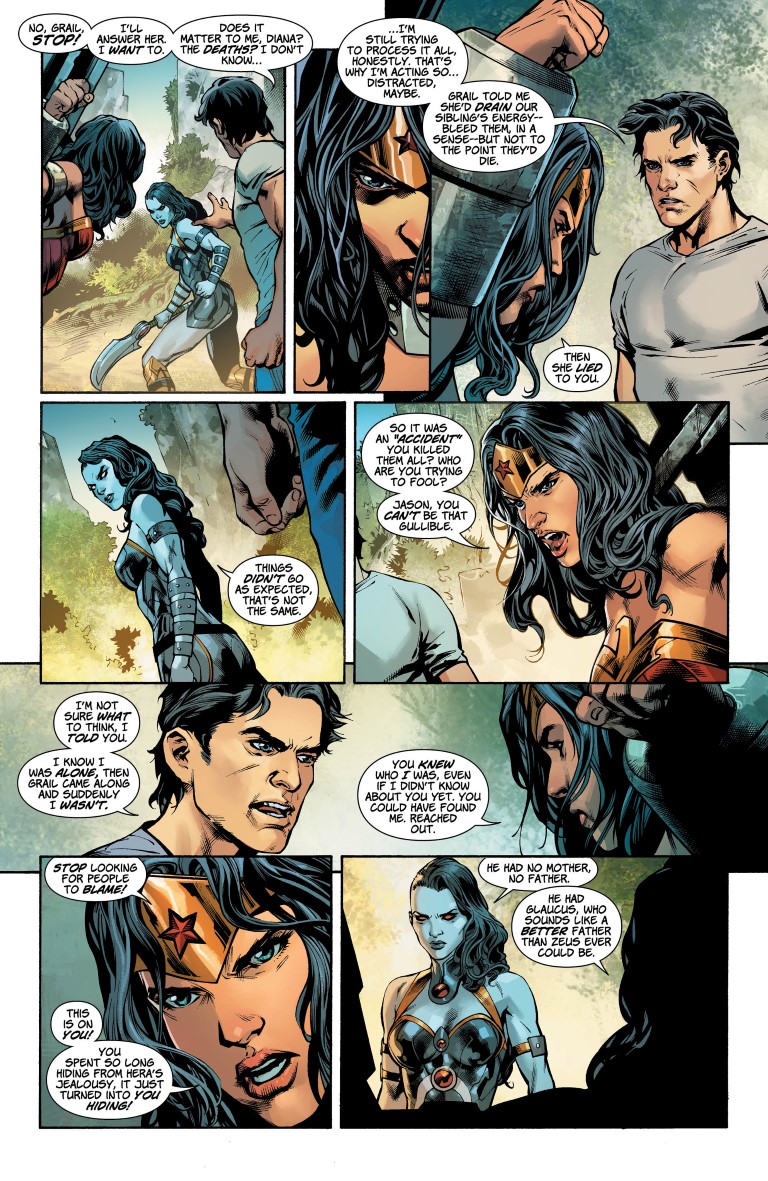 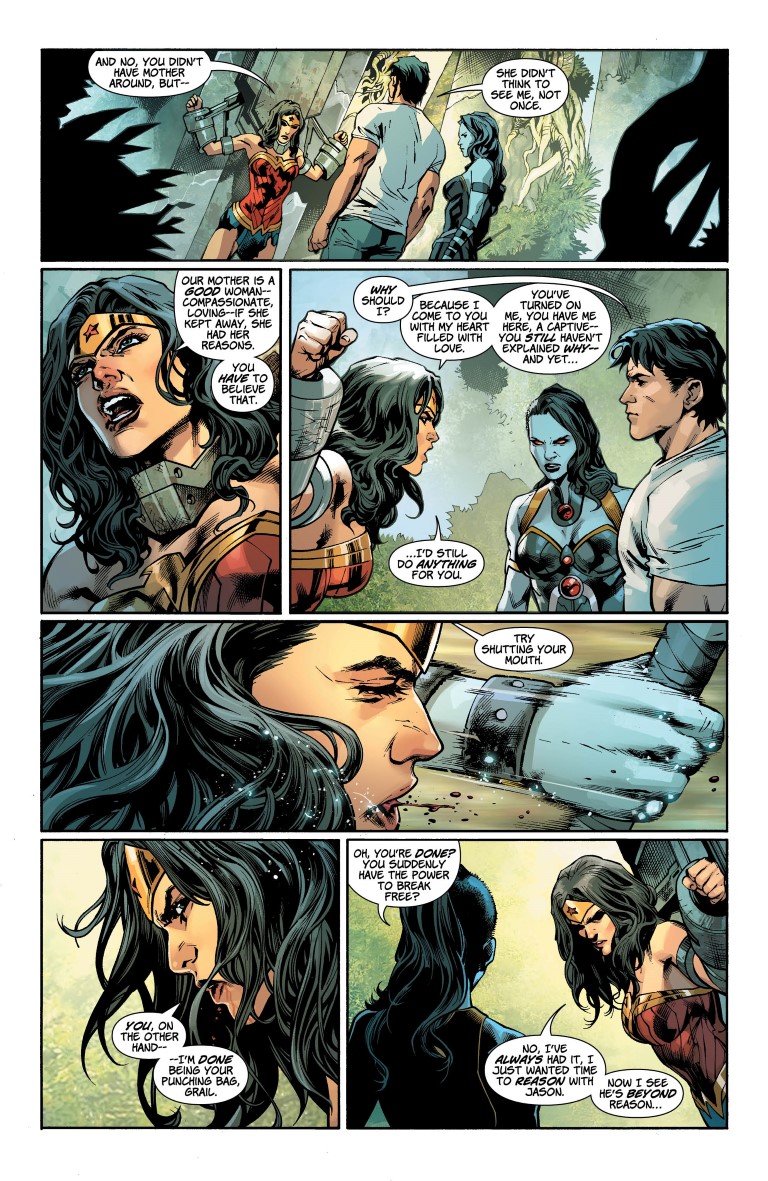 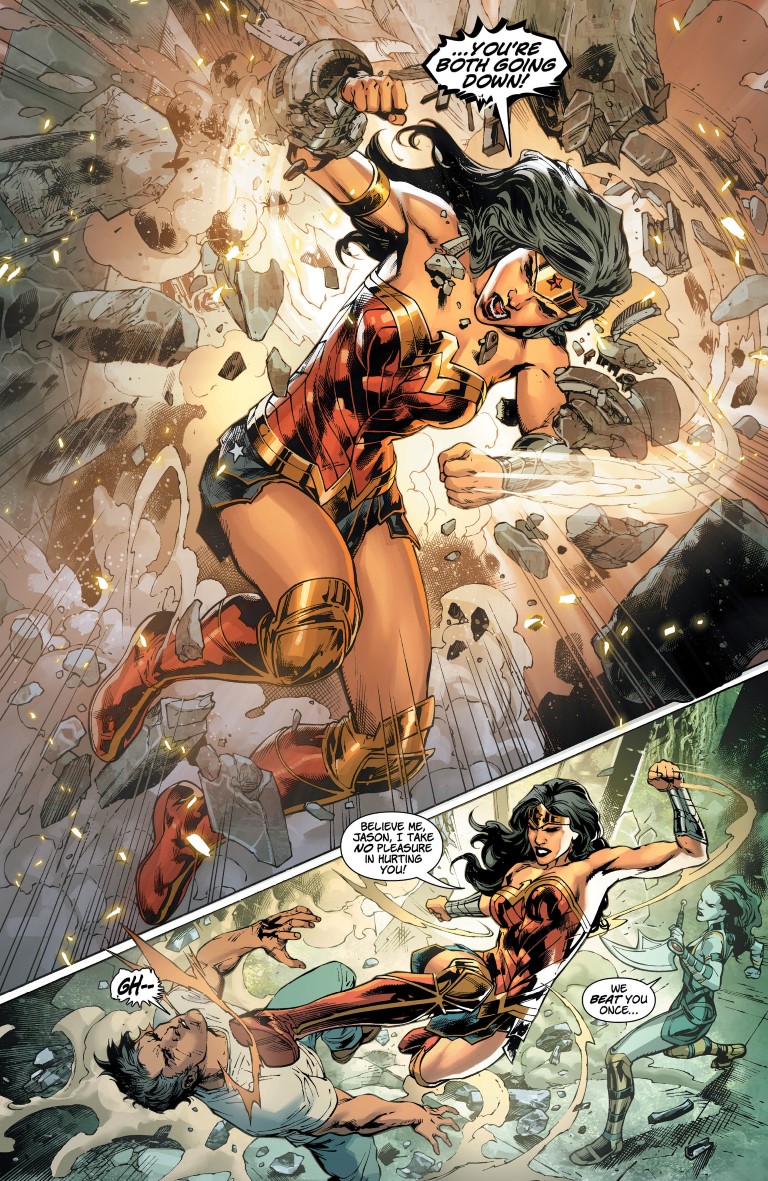 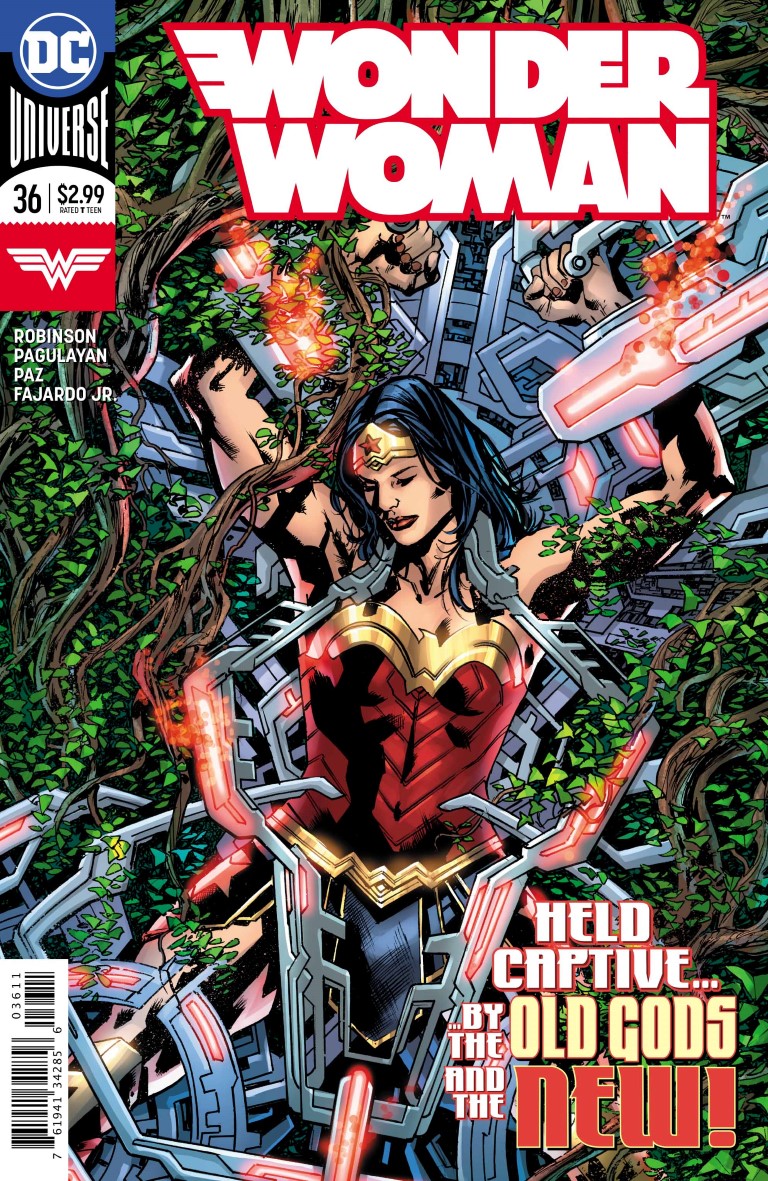 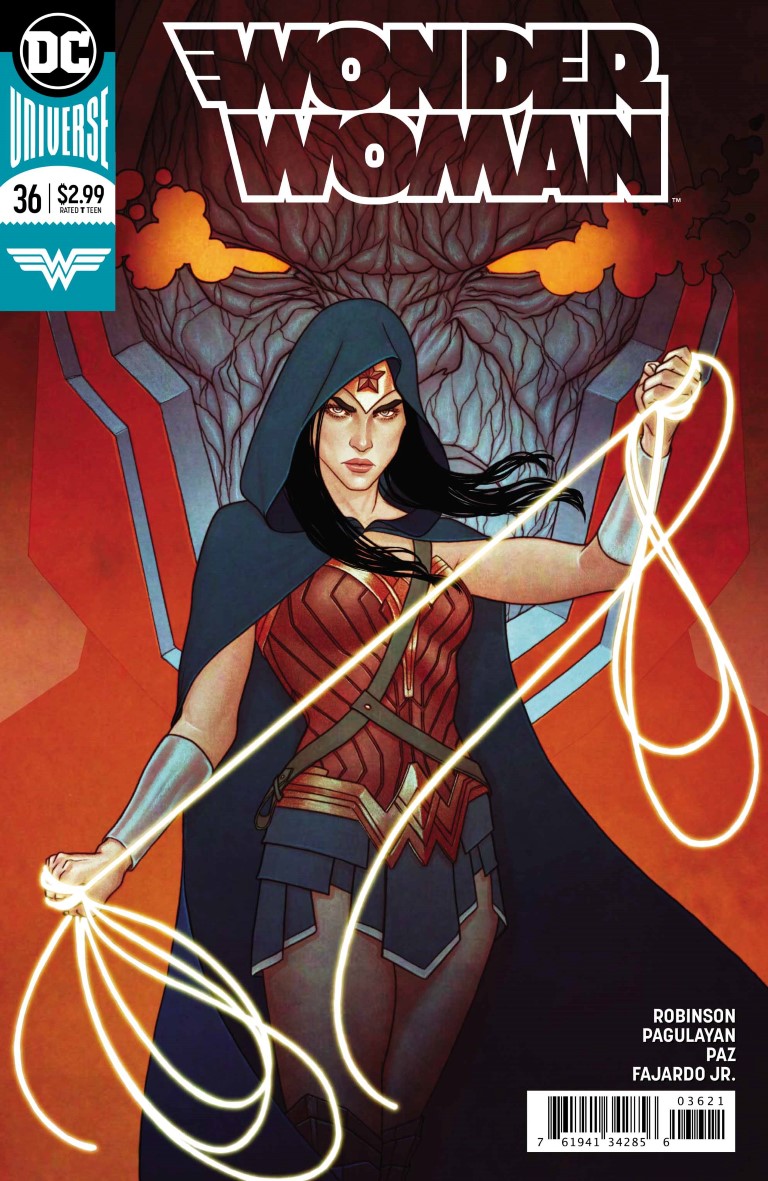