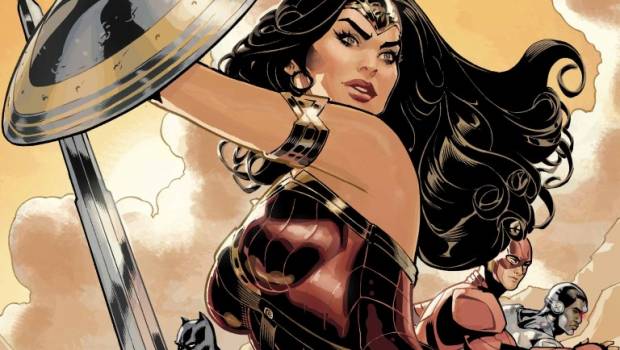 Summary: Wonder Woman #35 gives us a sneak peak into who is Jason ... but before his corruption by Grail!

The Secret Origin of Wonder Woman’s Brother commences as James Robinson and Emanuela Lupacchino help bring the reader up to date about Jason which starts on the Greek Islands, many many years ago. So when Jason accidentally destroys a boat in his town due to his godlike powers, his ‘father’ finally tells him the truth of his origin.

It is here where Jason learns that his father was the God Zeus and his mother an Amazonian Queen and more importantly that he has a sister. As a result, Jason was sent away from the island of Amazons where this mortal called Glaucus eventually came to love this child as his own. He also made Jason promise to hide his powers.

Years later, Jason and Glaucus are visited by the legendary Hercules who trains this demigod in the art of combat. Hercules also discloses that he is Jason’s brother and looking up to this legend, our young godling attempts to become a hero in disguise but his father Glaucus sees through his disguise and before leaving asks him to keep the shadows.

Although Jason keeps to shadows with his powers, he lives the life of a party man and makes the assumption that Wonder Woman is his twin sister which forces him to question his place in the universe before coming across the Deep Six. Wonder Woman #35 was a fun read as Robinson showcases the psyche of Jason before his corruption by Grail.

All in all, this story is building to something big and I for one cannot wait to see the return of you know who! 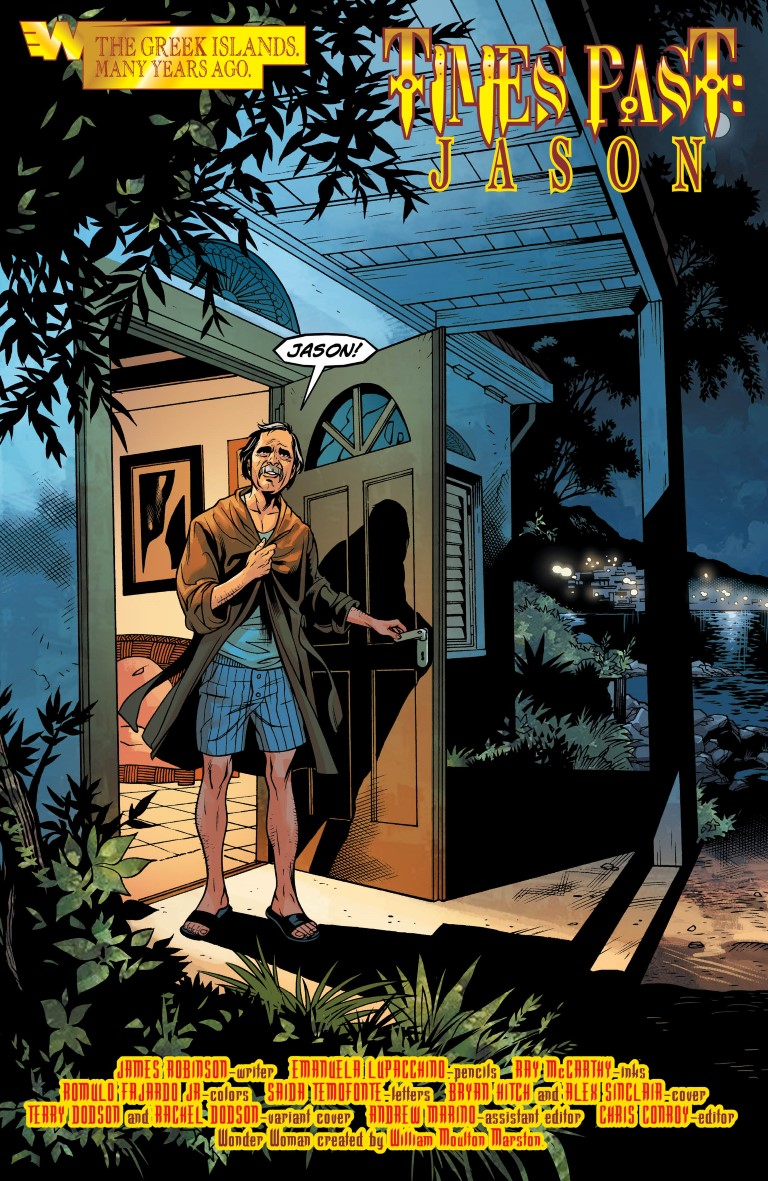 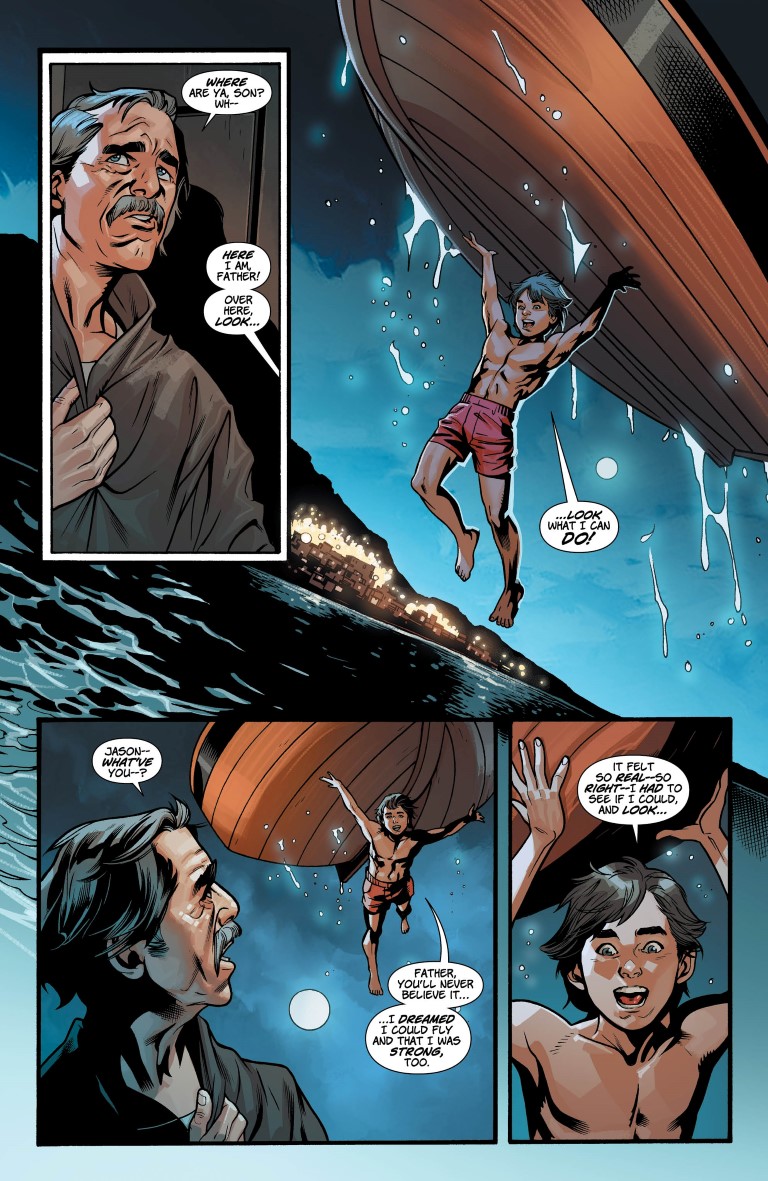 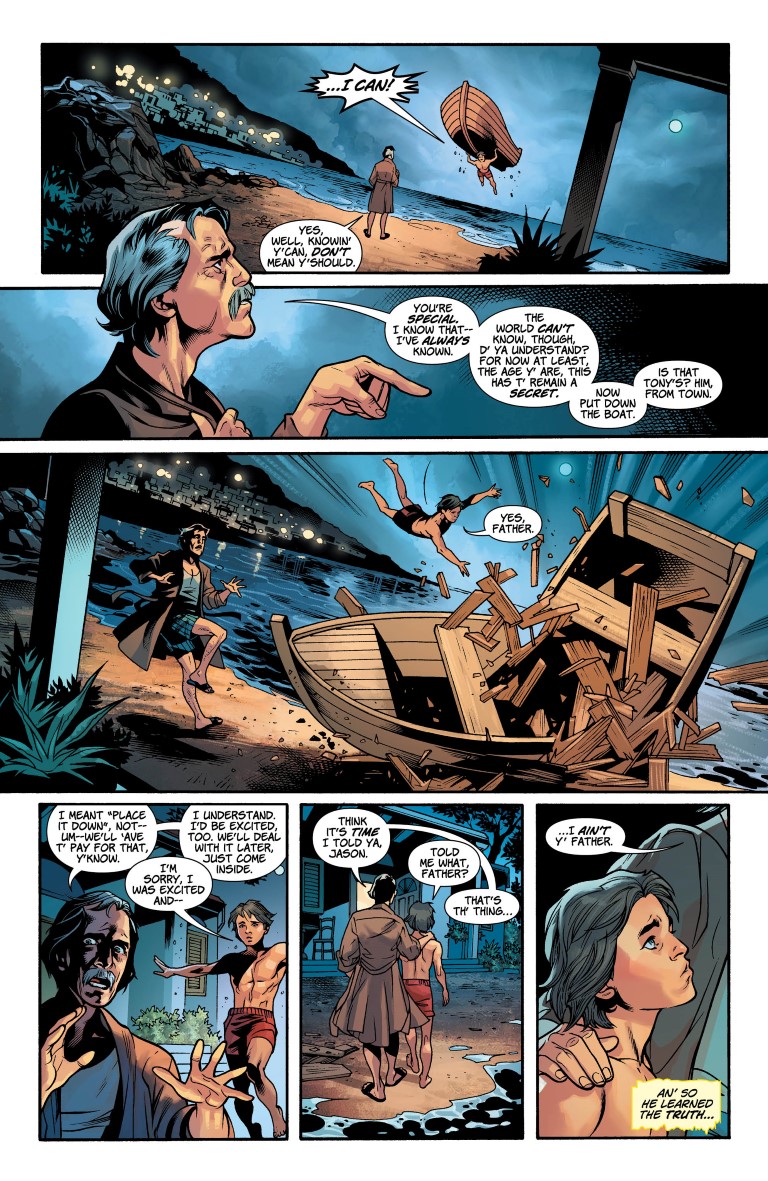 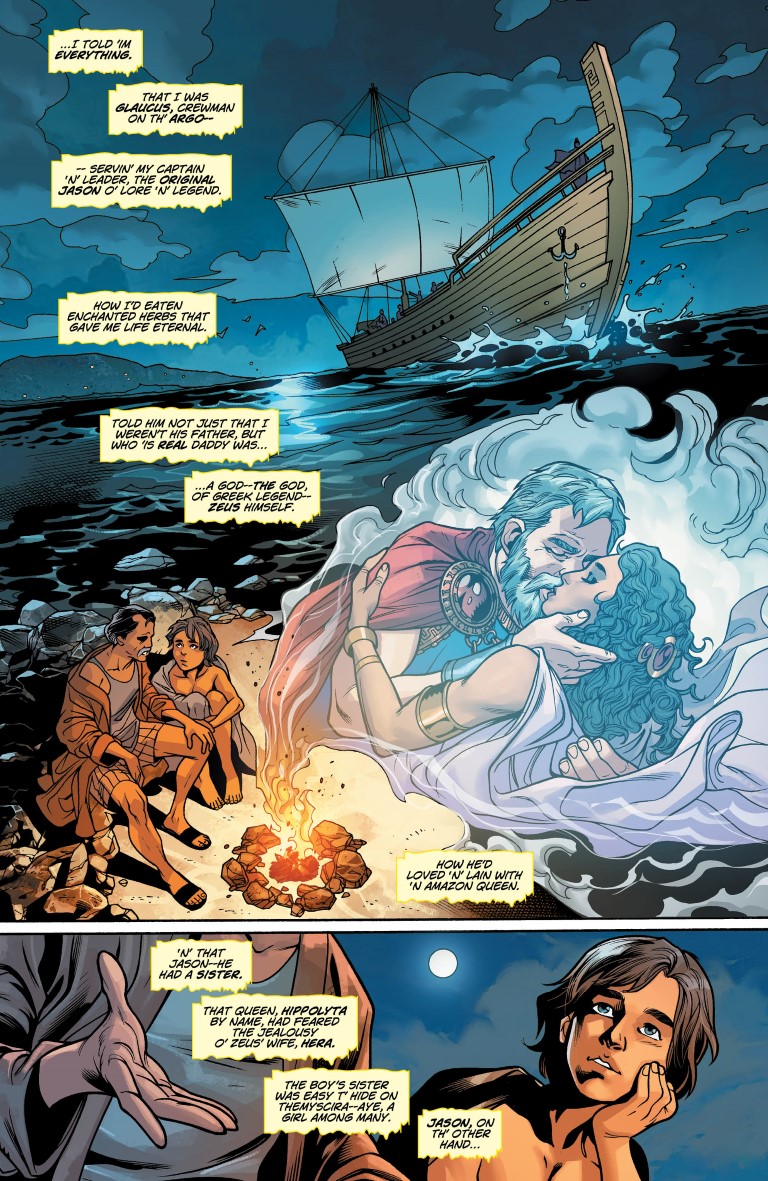 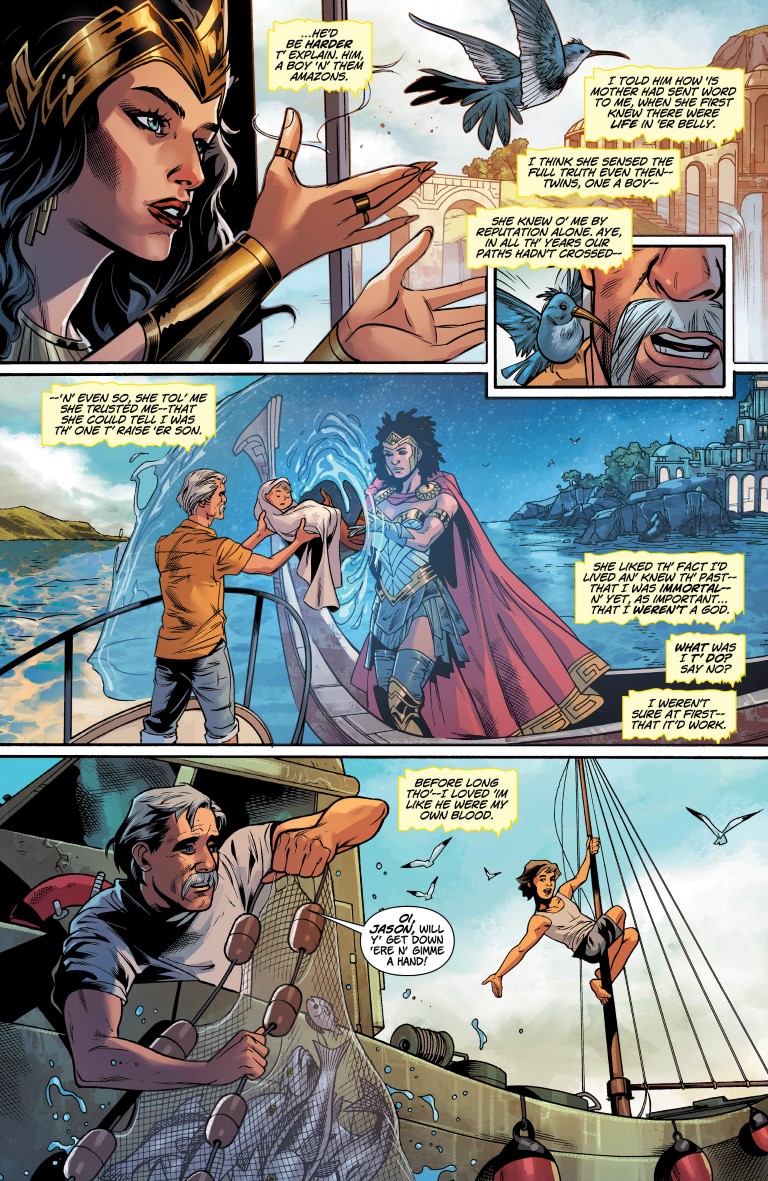 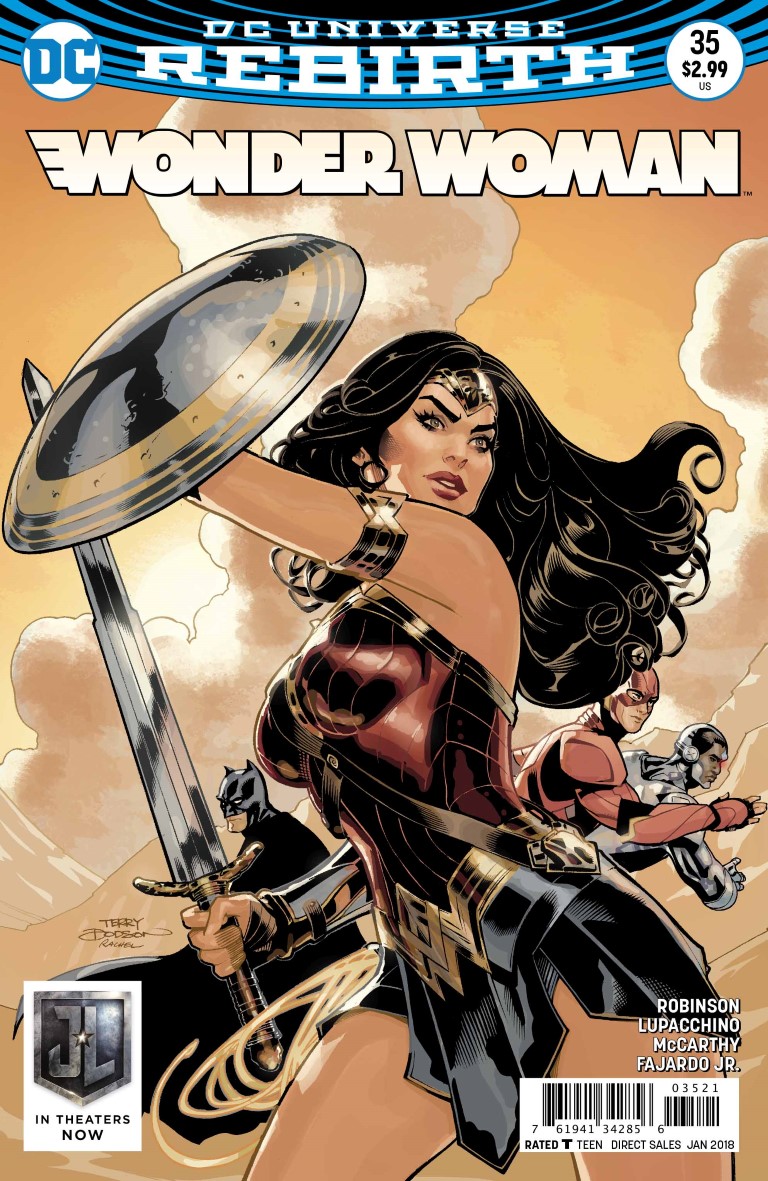 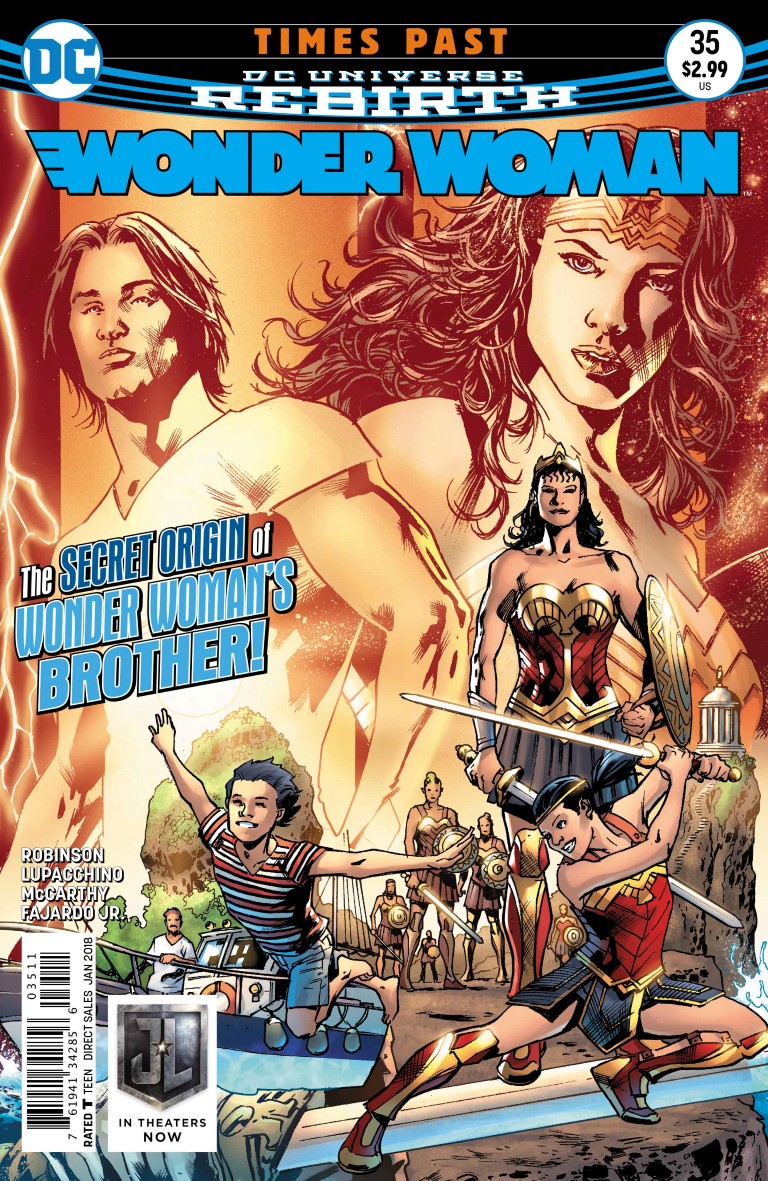