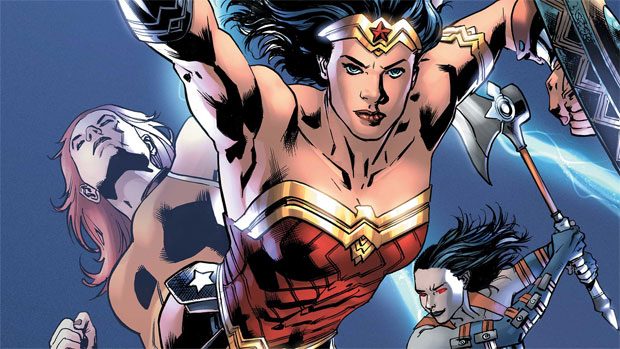 Summary: James Robinson is off to a ripping start with his run on Wonder Woman!

Ever since the ‘reboot’ of the DCU with the New-52, there’s been one particular story that hasn’t been resolved, even though this universe is in a new direction thanks to Rebirth. I’m talking about Darkseid’s daughter Grail and Wonder Woman’s missing brother who has not been seen for quite some time. Wonder Woman #31 also celebrates the new creative team on this title led by the master scribe James Robinson who returns to DC Comics after his Earth-2 series that re-imagined the Justice Society of America.

Children of the Gods opens with a great splash page from artist Carlo Pagulayan with Princess Diana calling out for her brother which helps sets the scene for things to come. However the story commences 5-weeks earlier as Hercules is living a ‘mortal’ life in Elexinor Oregon which has parallels to the Man of Steel. Unfortunately for the son of Zeus, he is accosted by Grail in order to steal his life force. Although Hercules puts up a valiant fight, this New God is triumphant against the old but why does she need the essence of a God?

Robinson then skips to 11-days prior to the splash page that sees Wonder Woman take down Giganta with Steve Trevor who has been stealing artifacts from museums around the country. It is also here where the writer shines as he establishes the relationship between Diana and Steve until their victory is rudely interrupted by the annoying Blake Hooper, a probate lawyer who politely informs Wonder Woman that she is now the heiress to the fortune of Hercules. Furthermore, we discover that Grail is stealing the life force from gods in order to help grow ‘baby’ Darkseid who is now a child. With that said, it seems that this story occurred after the events of Metal. What I enjoyed about this issue is that James successfully links to previous continuity and more importantly, his dialogue flowed quite naturally.

All in all, it was an interesting issue that worked on all levels.

Welcome back to DC Comics James and your return marks a stellar beginning for Wonder Woman that I for one cannot wait to see where and how it unfolds. Your partner in artistic crime Carlo Pagulayan also captures the wonder and majesty of Wonder Woman with some brilliant panels, splash pages and action sequences that makes the next chapter of Wonder Woman a very captivating one and more importantly, very enjoyable. Hopefully with James back, let’s hope he continues on Wonder Woman (I never thought he would write her) for awhile and also be offered a more classical Justice Society of write! 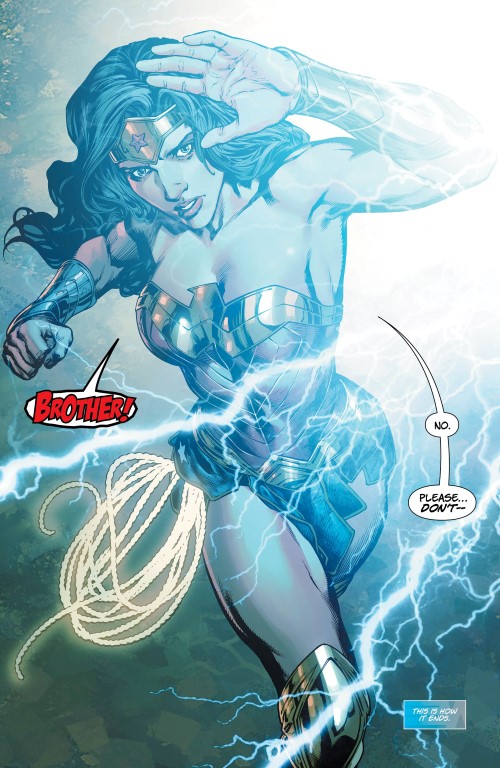 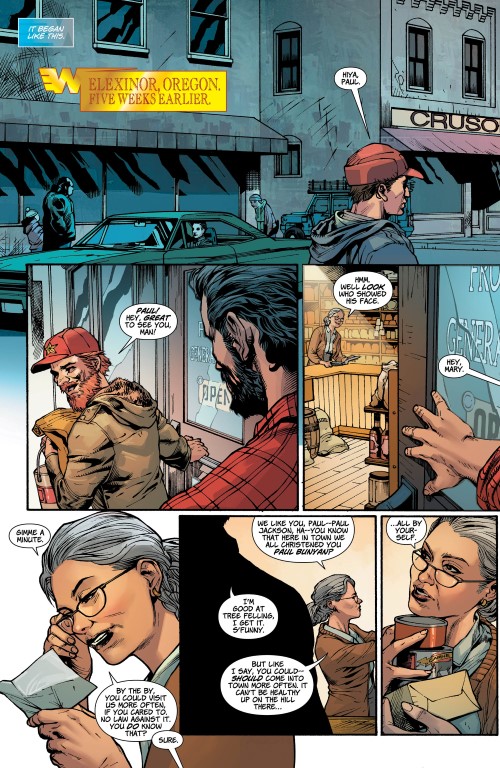 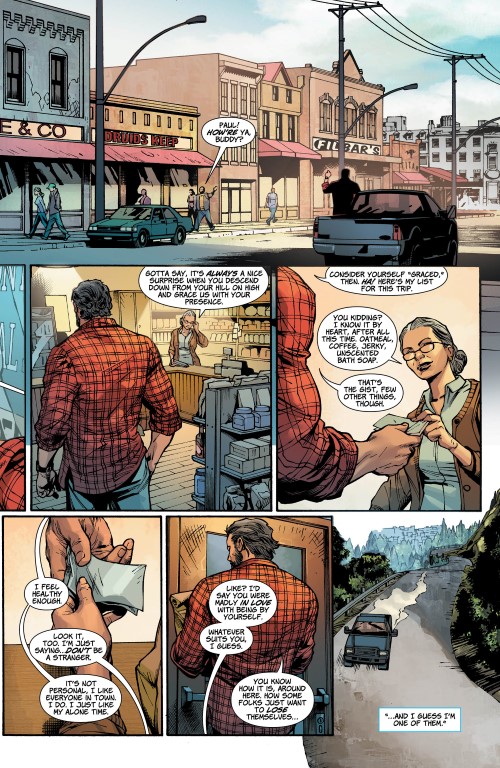 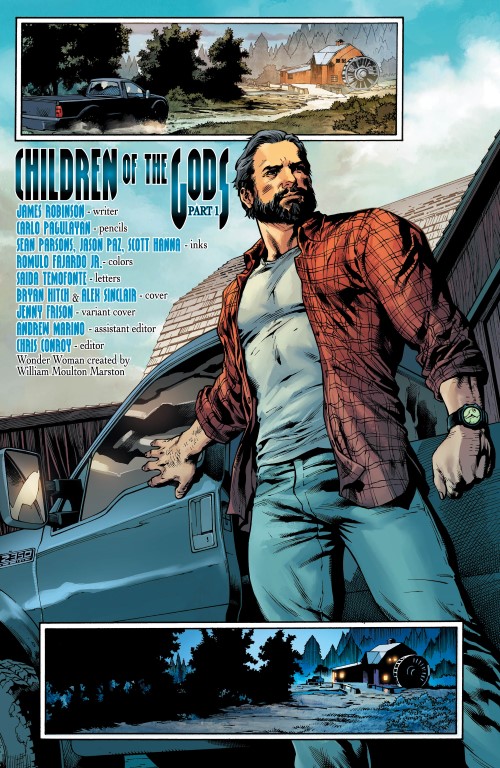 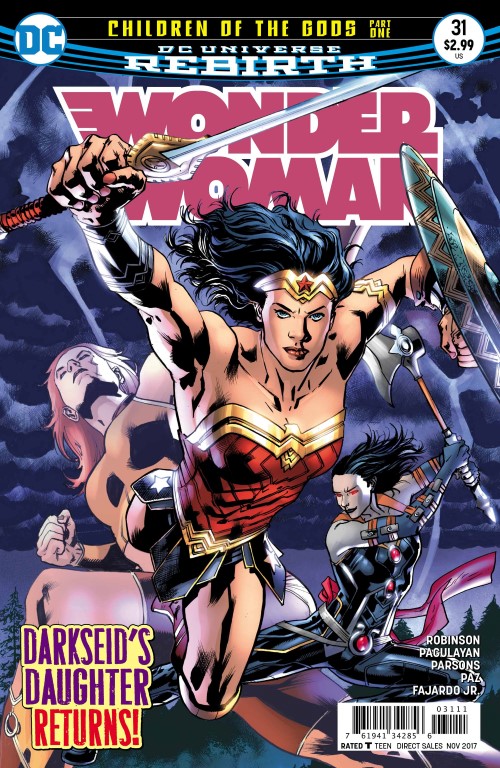 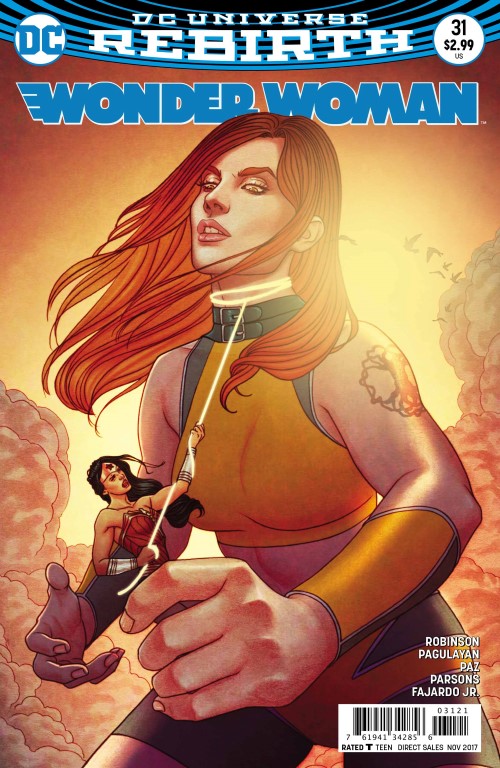