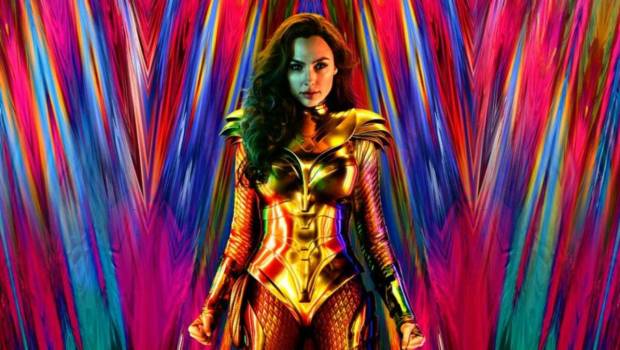 Wonder Woman 1984 is bizarre. It is not idiosyncratic enough to subvert the tired conventions of the superhero genre. Instead, it is undermined by baffling creative choices that forgo its enjoyable predecessor’s best traits. Rather than enriching its heroine within a vivid new setting, it fatally lingers over a male villain who hijacks the film.

Equally alarming is the sledgehammer approach returning director Patty Jenkins uses to express the film’s otherwise agreeable political rhetoric. After her successful introduction to the iconic character, which earned over US$800m at the box office, this follow-up is an oddly careless disappointment that needed pruning and more refinement.

The story explores two narratives that require explanation. The year is 1984, and Diana Prince (Gal Gadot) is working as an archaeologist in Washington. While still mourning the death of Steve Trevor (Chris Pine), Diana befriends a new co-worker, Barbara (Kristen Wiig).

Barbara is clumsy but disarming, affable, and caring. Both women remain curious about the arrival of a mysterious stone and hope to study its origins. The object grants people a single wish that immediately comes true. Diana silently longs for Steve’s return and soon her dream is realised.

When Barbara looks upon the stone, she asks to become as composed, attractive, and confident as Diana. Suddenly, she is galvanised by attention from work colleagues who previously ignored her. Her reflexes are also sharply enhanced. Less welcome is the emergence of oily businessman Maxwell Lord (The Mandalorian’s Pedro Pascal).

He assures his son that despite his business failings, he is not a loser. By quickly romancing Barbara at work, he manages to steal the stone. The object then sees him develop powers that fulfil people’s wishes. It empowers him but leaves the world on the edge of all-out war.

The most careless aspect of 1984 is the overexposure of its new villain. Jenkins has denied that Maxwell is based on Donald Trump, but the comparison is stark. Maxwell is a failed businessman, a creep, and an embarrassing TV personality. The shoe fits.

At one point, he even infiltrates the White House. When the comparison is this transparent, we must ask how often we need to be reminded of Maxwell’s insufferableness. It is repeatedly underlined through scenes of him using his powers to cheat and hastily rebuild his empire.

The character leaves us asking for whom the film is intended. 1984 bludgeons its political ideas about entitlement and greed too hard for adults and concludes with a preachy sermon about how ‘all that matters is the truth!’ Younger female viewers will simply ask why there is little of Wonder Woman in the first hour as the movie cuts to a sleazy male con artist. 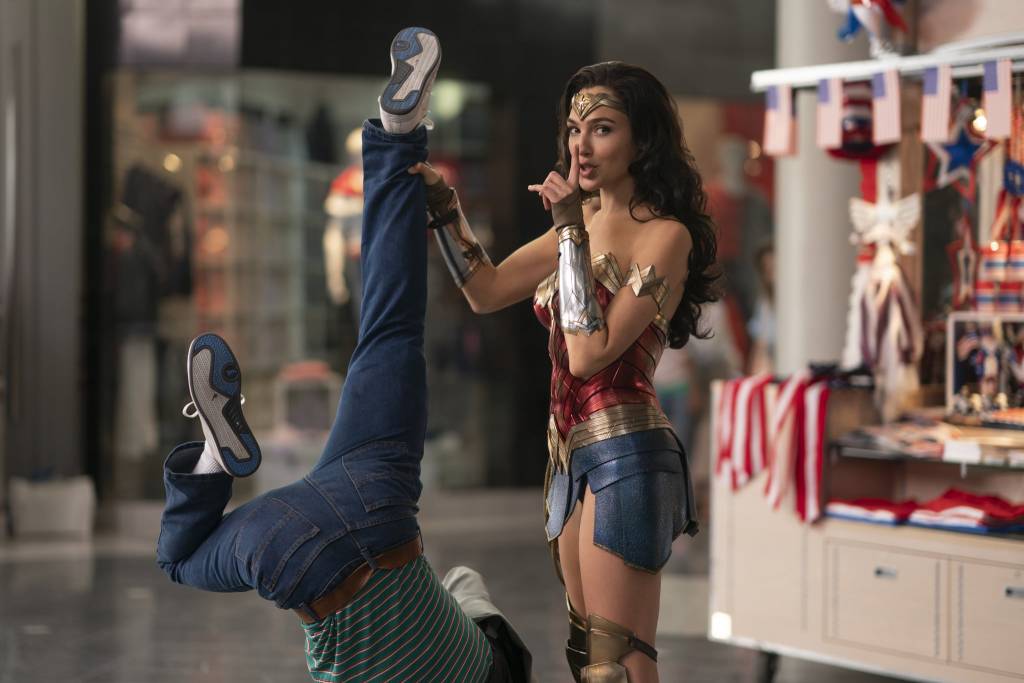 Furthermore, 1984’s action and direction lack the same attention to detail as its predecessor. The original’s subdued colour palette, muddy WWI battlefields, and general intensity stressed the care of its bleak worldbuilding. Sadly, 1984 is not a continuation of this filmic style. It is a sloppy reboot that dispenses with grit and dilutes internal logic.

The plot, lifted from The Simpsons special with the monkey paw, is now etched in fantasy. This would be fine if it sustained its own rules. The weakest example of the plot device is Steve’s return. The explanation, involving embodying another man, is lazy and absurd. It also takes an age for his journey with Diana to ignite, which makes it feel akin to a subplot.

The writing in their second adventure lacks conviction and plausibility. Steve has been absent for decades but instantly pilots a modern jet. To evade pursuers, Diana then turns their plane invisible. Nothing matters anymore with cheap exits for any challenge faced. It is genuinely shocking how far removed 1984 is from the prequel’s stark tactility. 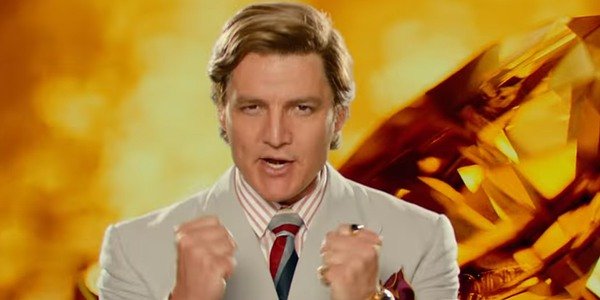 Some action scenes are too careless to sustain their intensity. This is most apparent in a terrible sequence in Egypt. While driving, Diana and Steve casually pass Maxwell’s convoy on the same road. Who knew the Middle East was such a small, cosy place? Most henchmen prove lousy shots and any bullet wounds on Diana’s shoulders soon disappear. Fortunately, Diana and Steve magically teleport back to Washington before anything grows too dangerous.

The film’s best scene is a lavish prologue on the island of Themyscira, the prequel’s most vivid location. The women, including a young Diana, undertake an enormous obstacle course involving archery and horse riding. The sequence is stunningly photographed by cinematographer Matthew Jensen. It dramatises how we must resist pursuing shortcuts in life.

Unfortunately, these thematic ideas are repeated ad nauseum and extend the running time to two and a half hours. For example, men repeatedly catcall Diana and Barbara. This terrible behaviour is dramatised several times until it stops making sense. When Barbara finally retaliates against a sleazebag, previously incapacitated by Diana, the music infers a dark moral turn. The scene becomes a weirdly muddled take on shifting power dynamics. 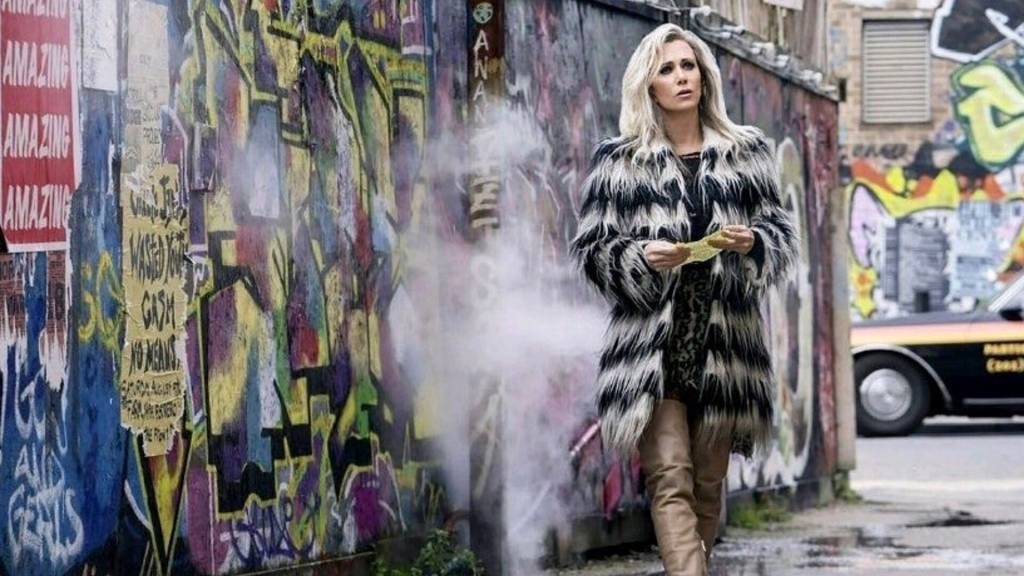 It is not the only moment where Jenkins and composer Hans Zimmer overstate the music. The loud pounding score bellows during moments of angst. The score typifies how Jenkins allows the tone to swing wildly. An early set piece in a shopping centre is incredibly cheesy. The mood echoes a bubbly Saturday morning cartoon as Wonder Woman lassos small children to safety. The cornball style is remote from the film’s otherwise melodramatic form.

1984’s third act is too faithful to the generic finales of the tired superhero genre. The predictable showdown involves two boss fights, and the stakes are generically raised through imminent nuclear warfare. It is frustrating that despite criticism of the prequel’s third act, the climax remains inseparable from countless end of the world scenarios.

It is also a pity that the film’s trailer spoils a late development regarding Barbara. The brief boss fight is an injustice to the significance of her alter ego who is apparently as major as the Joker. Diana’s gold armour should also have been a rousing moment of power. Instead, it has already been spoiled and is lazily telegraphed by hovering in a corner of Diana’s apartment. 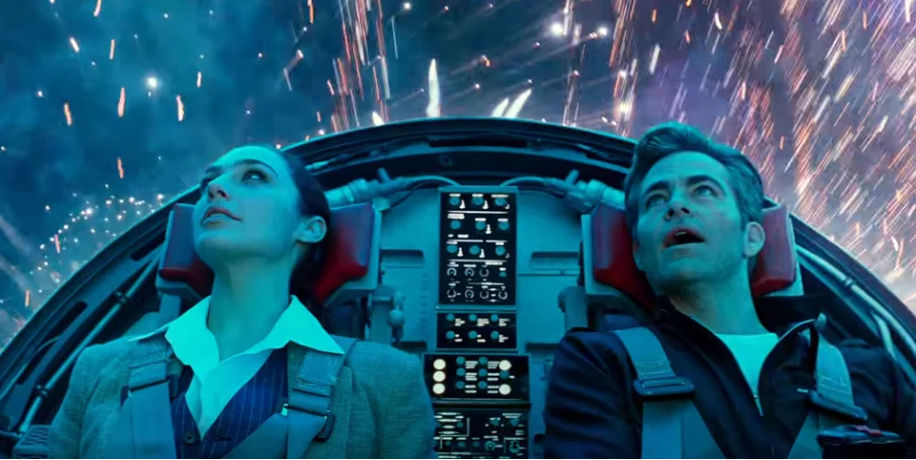 Unsurprisingly, the best performances are from the female leads. It is pleasing that on top of her strong physicality, Gal Gadot displays wider emotional range. She provides glimpses of Diana’s loneliness and longing for Steve. Though sadly, Diana’s characterisation has been dimmed. Originally, her naivety about warfare provided her with a unique worldview.

Now she is wise and stern, but her perspective is entirely driven by grief. It is a touch regressive that despite her sophistication she is incomplete without Steve. Without being cynical, seventy years is a long time. Kristen Wiig displays great comic timing by having Barbara nervously jitter through her early scenes. They rate as the film’s funniest moments.

It would have been fun seeing more of this self-deprecating humour. Nonetheless, Barbara’s dark transition is appropriately menacing, particularly in a bruising White House confrontation. If this character returns, one hopes that her personal stakes are explored in more depth. 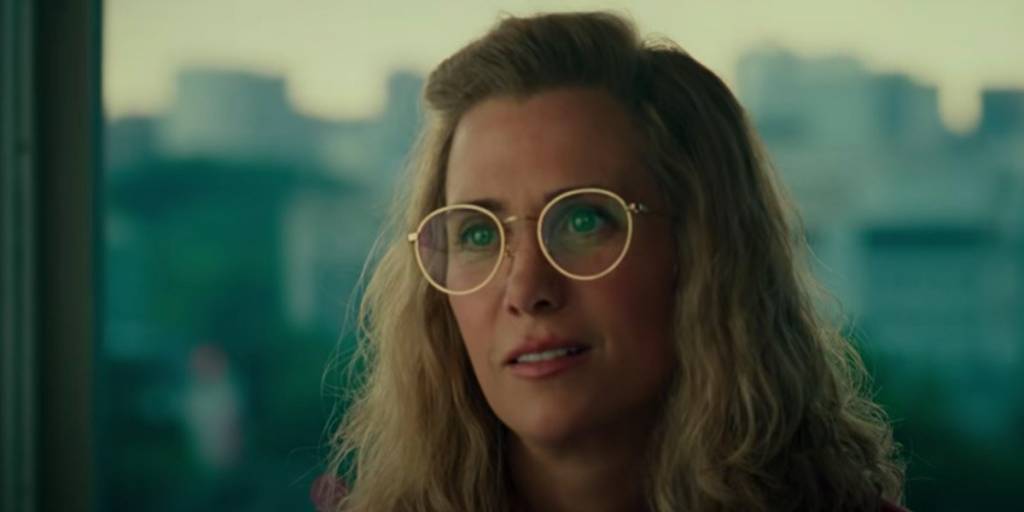 Pedro Pascal ensures Maxwell is a hammy, sweaty rodent who declines the longer he uses his powers. It is bizarre that his deterioration results in a soft conclusion. Despite reinforcing his sleazy demeanour, Jenkins cannot resist using a child to sentimentalise this loathsome villain.

Too often, Maxwell overshadows everyone and lacks subtlety, particularly when screaming about taking the world’s oil. Though sometimes funny, Chris Pine’s return is merely fan service and fails to develop Steve. The simmering chemistry between himself and Gadot is muted. Their scenes together are etched in a soppy inevitability brought to you by Nicholas Sparks.

A sequel can opt for a unique direction while dutifully expanding the original’s qualities. 1984 stumbles because it discards the prequel’s gritty, battle-scarred form. Similarly, the messy story too often cuts away from its brilliant heroine in full swing and the narrative’s through-line about greed is overstated. 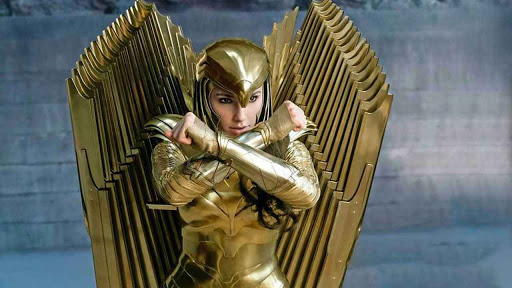 Hopefully the third entry will utilise a refined script that places Diana at the forefront and features her most iconic enemy again. The island of Themyscira is an achingly beautiful setting and deserves further exploration. It would reinstate the depth of the world and return the series to its roots. The franchise is not lost but there is a lot of hard work to be done.