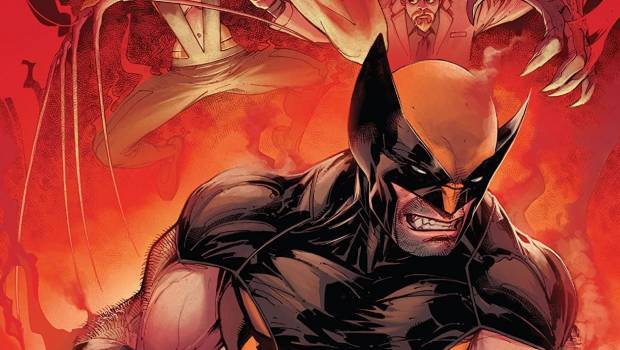 Summary: Eveyone's favourite unhappy slasher is back, this time taking on the Flower Cartel. It will end badly as it always does.

Stop and smell the flowers Wolverine!

The Flower Cartel has taken over the world drug trade with its shipments of a strange new drug made from exotic flower petals and the cops are powerless to stop it. Wolverine wakes up after a fight in Alaska with no memory of what has occurred. Knowing the stakes, the head of the investigation seeks out Wolverine’s help to track down who is behind the Flower Cartel to take them down.

This is a treat for fans of the old school Wolverine as he is in his old yellow and brown suit and does not pull any punches when he fights people. The claws are out and several people get impaled in his first fight.

As Wolverine says his body may heal from his abilities but his mind does not so he is messed up and only remembers bits and pieces from his past.

I would recommend this story even if you are not that big a fan of the movies as there is no Dark Phoenix in this as yet as that always seems to derail the movies.

There are a few familiar faces here, but the main villains seem to be new for this story and I have not heard of any events involving the Flower Cartel before.

An interesting enough story and character design in this one and it does have the potential to develop into a good series. Well worth picking up if you are a fan of Wolverine and like the retro aesthetic.