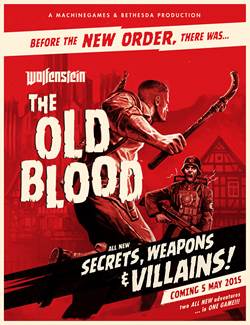 Wolfenstein: The Old Blood, the standalone prequel to the critically acclaimed first-person action-adventure shooter Wolfenstein: The New Order, is available now on Xbox Live, PSN, and Steam for AUD $39.95 / NZD $39.95! In Australia and New Zealand, the physical version of Wolfenstein: The Old Blood will be available in stores May 14 on Xbox One, PS4 and PC. The adventure, which spans eight chapters and two interconnected stories, features the hallmarks of MachineGames – thrilling action, immersive story and intense first-person combat.