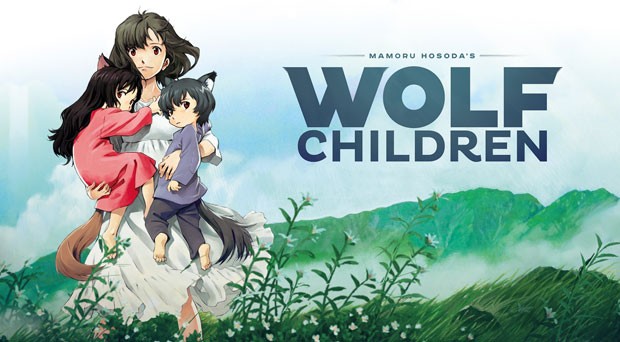 Summary: All in all, Wolf Children is a must see film that I could recommend to everyone, even those who are not anime or animation fans.

Wolf Children is a very engaging story by director Mamoru Hosoda (The Girl Who Leapt Through Time and Summer Wars) which in essence is a modern fairy-tale about a single mother called Hana who has been forced to raise her children without condemnation from society. 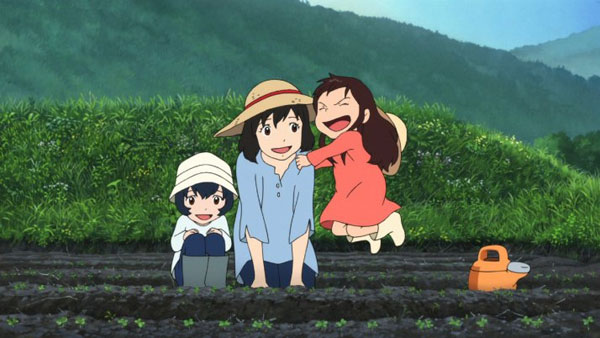 Although Hana is human, she met Ookami at School who was a werewolf and as a result of their union, their children are werecubs which causes all sorts of challenges for the main protagonist of the film. Unfortunately this new family is left fatherless and it is up to Hana to raise Ame and Yuki on her own as they struggle to live both as humans and wolves.

The best part of Wolf Children is how normal the story is and although the werewolf theme gives the story purpose, it is more about Hana as a young mother and her resilience in attempting to give her children the best and keep the memory of their father alive. It’s also great watching the children grow and learn to understand what it means to be lycanthropes, especially as they learn new things about the world which is quite a joy to watch. 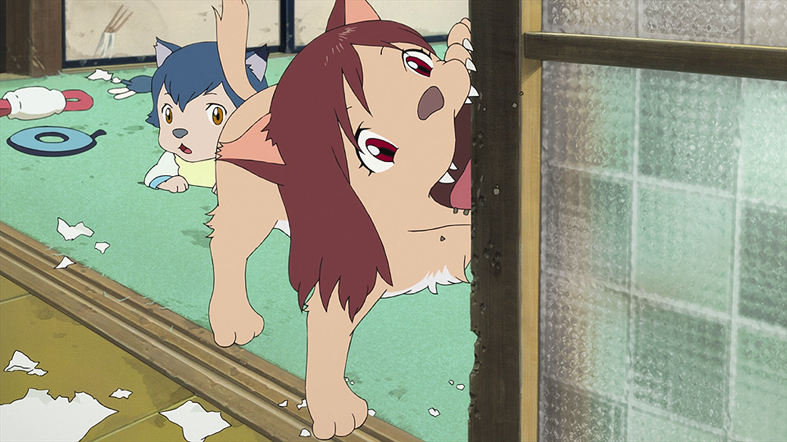 However unlike the lycanthropes or werewolves of western horrors, these wolves are from the proud line of Honshu, a noble and peaceful species. There’s an inner beauty and warmth to Wolf Children that is quite rare in the majority of films today that will leave you with a very beautiful memory of not just this well animated film but one of the best stories that I’ve watched in quite some time. Wow.

The video quality of Wolf Children is quite spectacular which boasts sharp images and vibrant colours which really makes the painted backgrounds jump out at the viewer. Audio is equally as good and really enhances the overall tale of Wolf Children. For extras, the viewer has quite a choice that include trailers, teasers, commentary, stage greets (Q&A’s about the film) and a very insightful PR video about the Director’s vision. Even these were quite interesting to watch.

All in all, Wolf Children is a must see film that I could recommend to everyone, even those who are not anime or animation fans. What a powerful film! 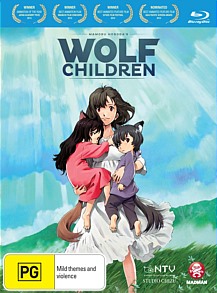