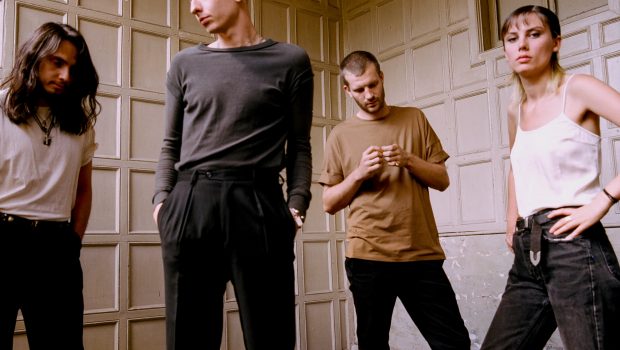 Wolf Alice, one of the biggest breakthrough independent bands of recent years, will release their new album Visions Of A Life this Friday 29 September via Dirty Hit/Liberator Music. In more exciting news, the UK outfit will return to Australia & New Zealand in January and February to play exclusively at Laneway Festival 2018.

So far, the band have revealed four tracks – the exhilarating rage-rush that was first single ‘Yuk Foo’ (premiered by Annie Mac on BBC Radio 1), the beautifully paced, sweet and slow-burning ‘Don’t Delete The Kisses’ (#1 on triple j’s most played chart), an anthemic celebration of individuality that is ‘Beautifully Unconventional’ (currently on BBC Radio 1’s A List) and final teaser, ‘Heavenward’, a cloudburst of shoegazey guitar and vaulting vocals.

Visions Of A Life is fundamentally a personal album, one of great growth for Wolf Alice, and packed with surprises for those who think they know what Wolf Alice’s shtick is. The highly-anticipated collection was produced by Justin Meldal-Johnsen (Paramore, Tegan and Sara, Beck, Nine Inch Nails) and mixed by Tom Elmhirst (David Bowie, Arcade Fire, Adele).

Wolf Alice, fronted by the electric Ellie Rowsell (vocals, guitar) and completed by Joff Oddie (guitar, vocals), Theo Ellis (bass) and Joel Amey (drums, vocals), released their debut album in 2015 titled My Love Is Cool, which hit No. 2 in the UK charts and No. 12 on the Billboard alternative albums chart in the US. They were nominated for the Mercury prize, Ivor Novello Award, a Brit for Breakthrough Act and Grammy for Best Rock Performance, and took an NME Award for Best Live Band. They crisscrossed the UK, the US, Australia (Falls Festival 2014, Splendour in the Grass 2015 + headline shows), Japan and Europe on the mother of all two-year tours. Last year Ellie and Theo set up the Bands For Refugees movement, after the horrors of Europe’s migrant crisis and the lack of compassion shown in many quarters shocked them into action.