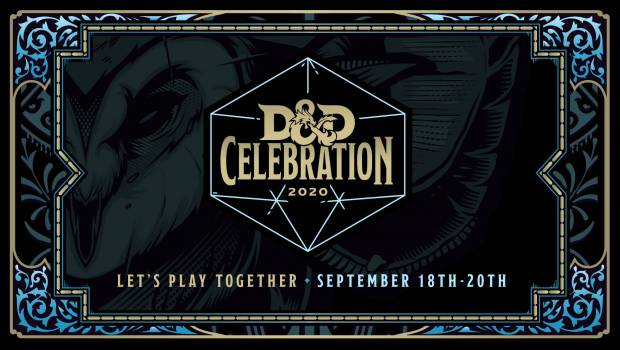 Wizards of the Coast today announced D&D Celebration, a three day virtual event focusing on the fans and community of the world’s original and best roleplaying game. From Saturday 19 September to Monday 21 September, fans can gather to enjoy live panels, streamed live gameplay, and participate in the biggest virtual tabletop game ever. In addition, players will preview new content from Tasha’s Cauldron of Everything, a massive rules update featuring a wealth of new content for players to customise their games.

More than a thousand concurrent players will take part in the largest virtual D&D game ever on Saturday 19 September (PT) | Sunday 20 September (AEST), to celebrate the launch of Icewind Dale: Rime of the Frostmaiden. The game will be administered by the D&D Adventurers League with players from separate games all working towards the same goal to defend Icewind Dale.

D&D Celebration will be the first opportunity to learn more about Tasha’s Cauldron of Everything which will bring a bevy of new classes, feats, spells, items, puzzles and more to the game. This will be the biggest rules update to D&D since Xanathar’s Guide to Everything’s release nearly three years ago.

“The special witchcraft of Tasha’s Cauldron of Everything is the freedom it gives you to personalise your D&D character in new ways,” said Jeremy Crawford, the book’s lead designer and the principal rules designer of Dungeons & Dragons. “D&D adventurers are exceptional,and this book gives you the tools to make them and their story even more extraordinary.”

For more information on D&D Celebration, Tasha’s Cauldron of Everything, and the soon to be released Icewind Dale: Rime of the Frostmaiden, please visit dungeonsanddragons.com.