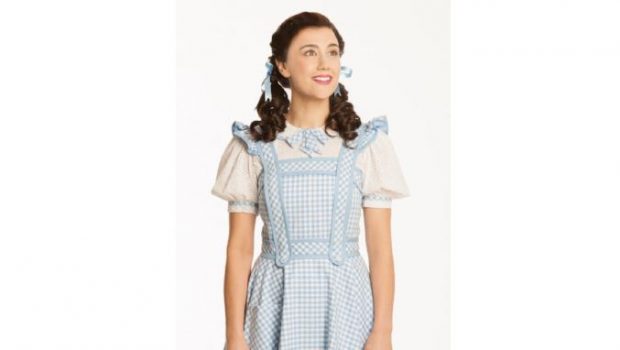 Producers John Frost and Suzanne Jones today announced that the world’s favourite musical, The Wizard of Oz, will be coming to Melbourne as part of the upcoming Australian tour. It will play from 15 May 2018 at the Regent Theatre. If you’re an Optus customer you can beat the rush for tickets with the Optus Perks pre-sale, along with registered members of the waitlist at wizardofozthemusical.com

Leading The Wizard of Oz cast will be Anthony Warlow as The Wizard and Professor Marvel, Lucy Durack as Glinda the Good Witch and Jemma Rix as The Wicked Witch of the West. Rising star Samantha Dodemaide will play the coveted role of Dorothy, her first leading role in a major musical.

“The demand for tickets in Brisbane and Sydney has been huge, and we’re very happy to add Melbourne to the tour,” said Suzanne Jones. “It’s wonderful to be able to share new version of The Wizard of Oz nationwide.”

“We’re thrilled with our superb cast led by Anthony, Lucy and Jemma, and the wonderful Samantha Dodemaide will make a perfect Dorothy,” added John Frost. “I’m sure Melbourne audiences can’t wait to travel the yellow brick road and return to Oz, and the classic story that’s universally loved. This beautiful, sumptuous production was a huge hit in London and the US, and audiences adored the new songs by Andrew Lloyd Webber and Tim Rice.”

The London Palladium production of Andrew Lloyd Webber’s The Wizard of Oz will have its Australian Premiere in Brisbane at the Lyric Theatre, QPAC from 4 November before travelling to the Capitol Theatre, Sydney from 30 December; the Festival Theatre, Adelaide from 3 April; and the Regent Theatre, Melbourne, from 15 May. Tickets for the Adelaide season will be on sale from 8 September and for the Melbourne season a little later.

Developed from the ever-popular MGM screenplay, the London Palladium production of The Wizard of Oz contains the beloved Harold Arlen and E.Y. Harburg songs from the Oscar®-winning movie score, all the favorite characters and iconic moments, plus a few surprises along the way, including new songs by Tim Rice and Andrew Lloyd Webber.

“Brilliant…A ten-star production if ever there was one!” – The Sunday Telegraph
“Enchanting, exciting and electrifying!! – ETalk CTV
“Over the rainbow and over the top fun! 5 stars!” – Breakfast Television Toronto

Click your heels together and join Scarecrow, Tin Man, Lion, Dorothy and her little dog Toto, as they journey through the magical land of Oz to meet the Wizard and obtain their hearts’ desires. Watch out for the Wicked Witch of the West and her winged monkeys as you rediscover the real story of Oz in this fantastic musical treat for the whole family.

The Queensland Government is proud to support The Wizard of Oz Premiere through Tourism and Events Queensland as part of the It’s Live! in Queensland events calendar. Queensland, just the place to experience Australia’s best live events.