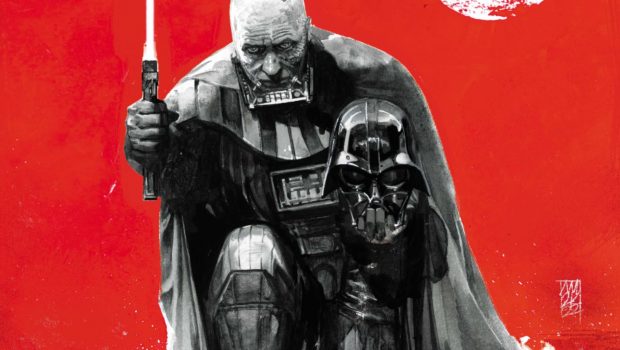 Announced earlier today on StarWars.com, some of Darth Vader’s most intense battles and most terrifying pursuits will be revealed this April in STAR WARS: DARTH VADER – BLACK, WHITE & RED!

STAR WARS: DARTH VADER – BLACK, WHITE & RED will be the latest in Marvel’s BLACK, WHITE & BLOOD line, the series that spotlights deadly characters such as  Wolverine, Elektra, and Deadpool and showcases their most shocking adventures in stunning black, white, and RED! Readers will see Vader unleashed like never before in tales of terror set throughout the Dark Lord of the Sith’s brutal history! 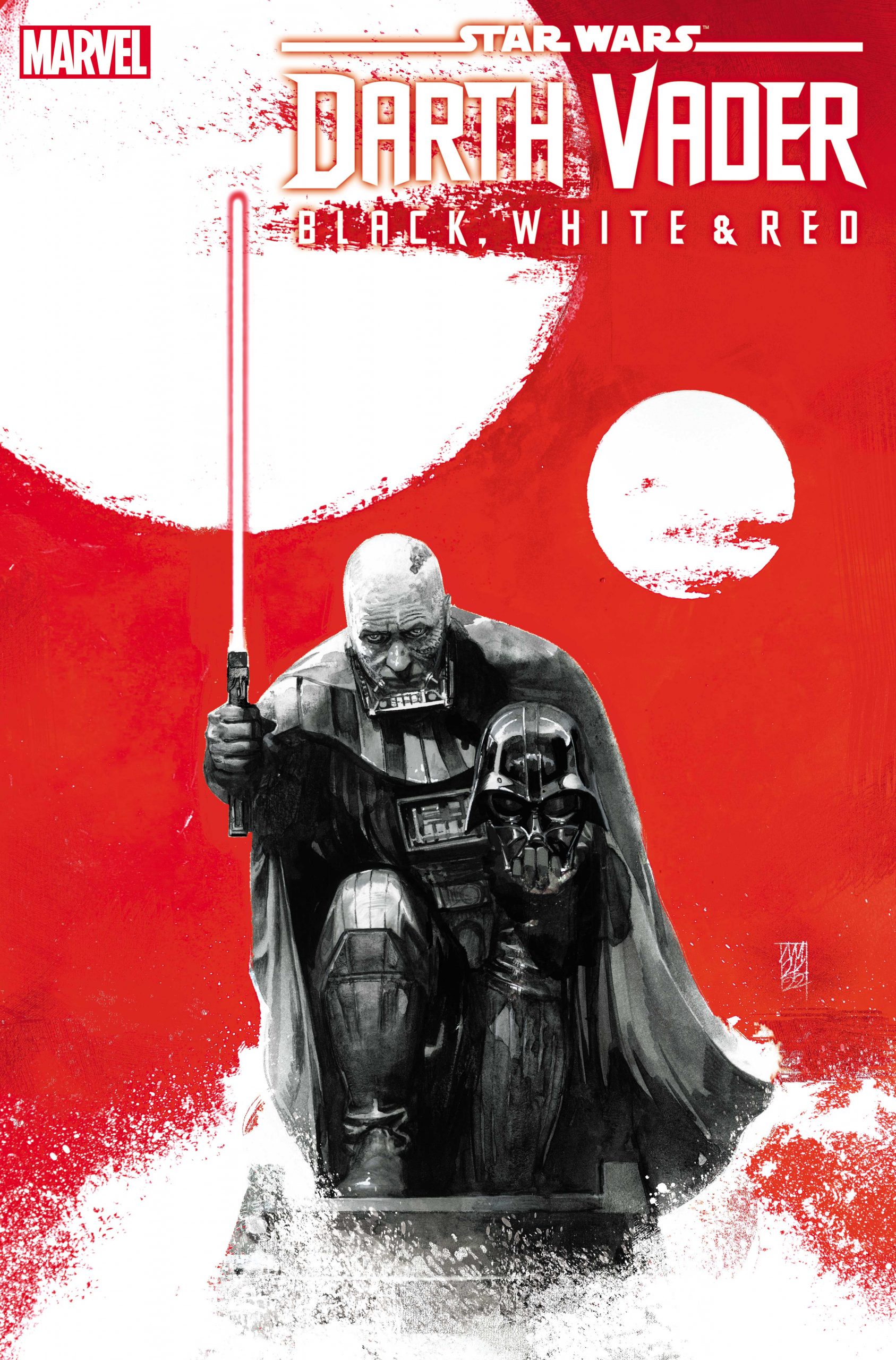 The stories that await in STAR WARS: DARTH VADER – BLACK, WHITE & RED will be crafted by an all-star lineup of comics talent including Jason Aaron! The superstar New York Times bestselling writer who helped launch Marvel’s current Star Wars comics to great success in 2015 and penned some of Vader’s most iconic comic book moments along the way, returns to a galaxy far, far away! Aaron will team up with fellow Star Wars mastermind Leonard Kirk for a rousing saga that will span all four issues. The debut issue will also include a story written and drawn by visionary creator Peach Momoko in her first-ever interior work for a Star Wars comic and mark the Star Wars debut of acclaimed writer Torunn Grønbekk.

“‘All I am surrounded by is fear. And dead men.’ That moment from ‘Vader Down’ is still one of my favorite things I’ve written during my time at Marvel,” Aaron told StarWars.com. “I loved getting to let Darth Vader cut loose with all his power in such an epic way. And I couldn’t pass up the chance to revel in the dark side again and put Vader in an even more perilous situation… and then see how he carves his way out.”

“This is a project we’ve been waiting to do for a while and we’ve got more amazing talent lined up that I can’t wait to announce,” Editor Mark Paniccia said. “It’s such a thrill to use this unique storytelling approach on one of the greatest villains in the galaxy.”

Check out Alex Maleev’s haunting cover for issue one below and stay tuned for more news about STAR WARS: DARTH VADER – BLACK, WHITE AND RED in the months ahead! For more information, visit Marvel.com.