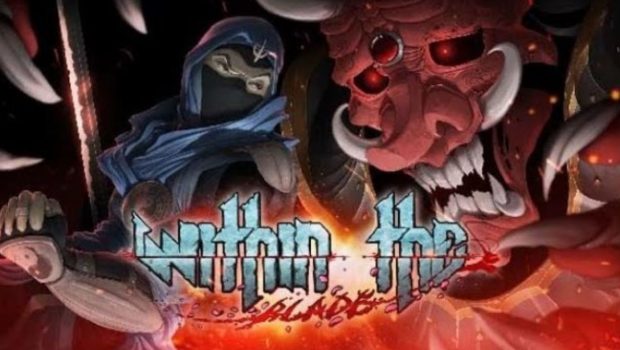 Within the Blade PS5 Review

Summary: Within the Blade is a fun old school experience on the PS5 with a few modern twists thrown in for good measures!

Way back in the days when dinosaurs roamed the Earth in pixels, my favourite game at the arcades was Shinobi, a game where you played a Ninja and as a brag, I could successfully finish that game on one coin and thanks my prowess (e.g. high score), it allowed me to add my three letter gamer tag to the machine’s greats… until of course, it was turned off. Almost a lifetime later, developers Ametist Studio have released a similar game called Within the Blade that while it channels a simpler time with its pixel graphics, it includes elements of modern gaming such as RPG, crafting and stealth mechanics that adds to this retro yet modern game. At its core, you need to get from point A to B while you take on all sorts of enemies and use the shadows to your defence. 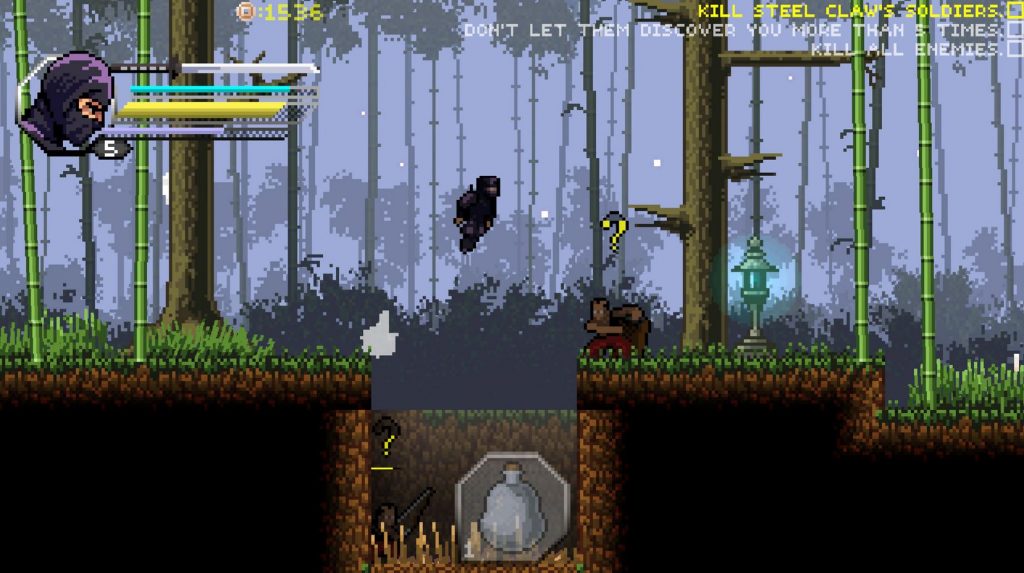 There is even a story behind Within the Blade that is set in 1560 A.D. and sees Japan engaged in a massive civil war as warring clans and their rulers attempt to fill the void of the Shogun. Unfortunately for the denizens of Japan, the clan of the Steel Claw and their leader Mamoru Imai have uncovered a forbidden knowledge that has given them unworldly power that in turn has made him the Shogun. To make matter worse, they have also aligned with nine demons of the underworld to unleash chaos on the world. Thankfully there is a shinobi clan called the Black Lotus and with the help of their hero and the player, your mission is to break the stronghold of the Steel Claw and take down their Daimyo, Mamoru Imai in classic arcade ninja fashion.

The heart and soul of this game is your Ninja who is trained in ninjutsu and while you slice ‘em and dice ‘em, including using ranged weapons such as Shurikens or setting traps with mines to defeat your enemies, your goal is to purify the lands. With each enemy that you defeat, you are awarded experience that allows you to unlock additional skills. Of course you can’t just rely on your basic ninja skills or swordplay and this is where crafting comes into play and throughout the levels, you collect items that can be used to create additional weapons such as the aforementioned shuriken, potions and even grenades to help take out your enemies. Then you have stealth that allows you to use the environment to your advantage which in turn gives you an attack bonus. 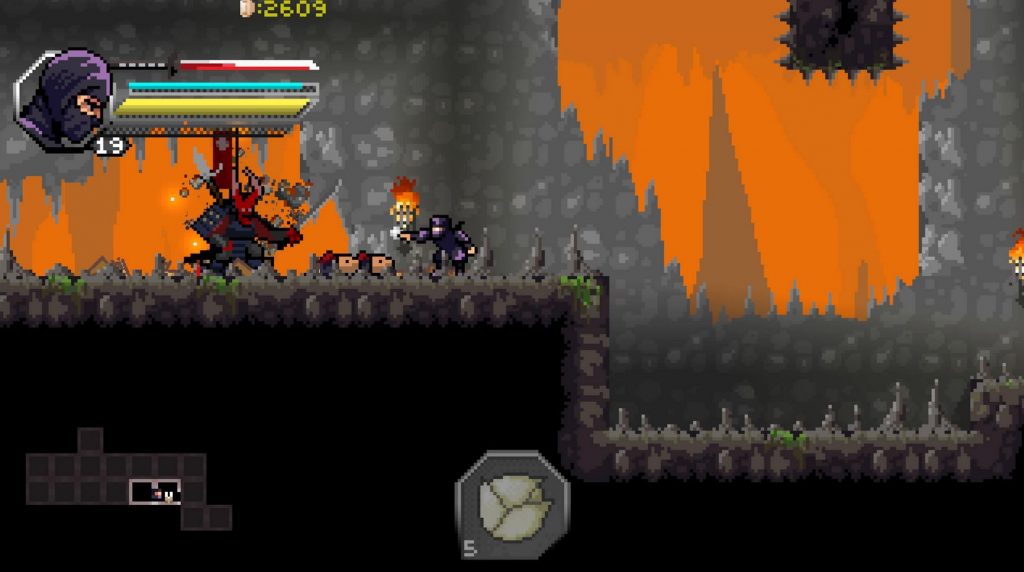 So while you jump, double jump, wall run, fight and explore your world in Within the Blade, the control system of the game works well on the DualSense controller of the PlayStation 5 and sure, it does have parallels to more simpler games, however it’s fast gameplay is fun and engaging, albeit slightly repetitive at times. Adding to the combat mechanics are the various bosses that you fight and like all classic arcade games, each has a weakness that you must find and exploit. However for most enemies, it is a combination of attack, block/jump and stealth in the pixel-like lands of Feudal Japan. Nothing is more satisfying then using the shadows to assassinate one of your enemies. The only drawback to the gameplay and as mentioned is the repetitive nature of it all but it is fun. 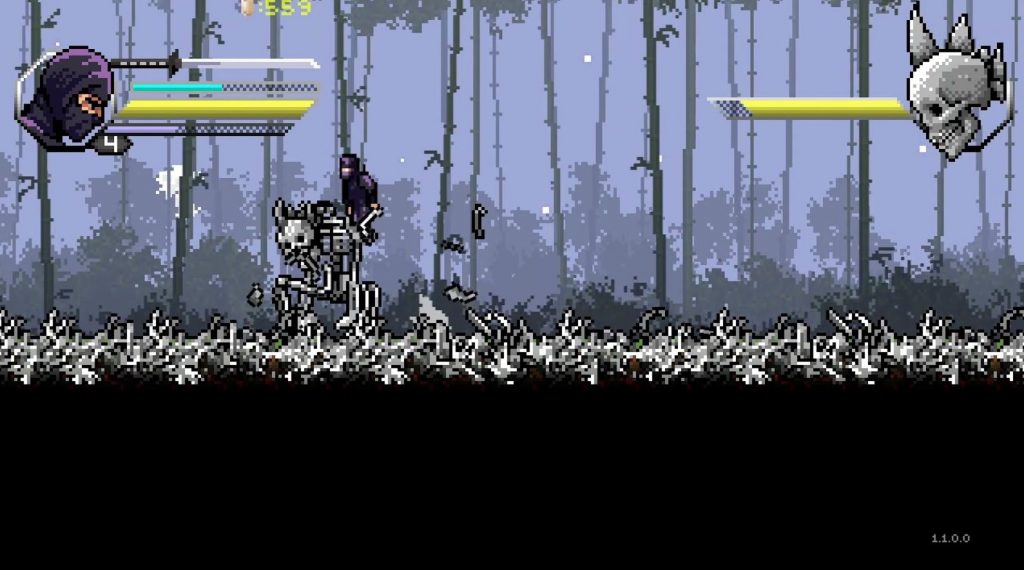 Graphically, the game suits the retro premise well and the developers have successfully recreated the look of ancient Japan from its forests to fortresses, including its colour scheme in old school pixel form. Character models also pay homage to these simpler times with enough variety to keep things a little fresh. Sure, it does look a little dated which it is but again, the mechanics work well, not to mention the dismemberment “LEGO” blocks as you make your way through an army of enemies. Audio works well as does the music and all in all, the game definitely screams retro. 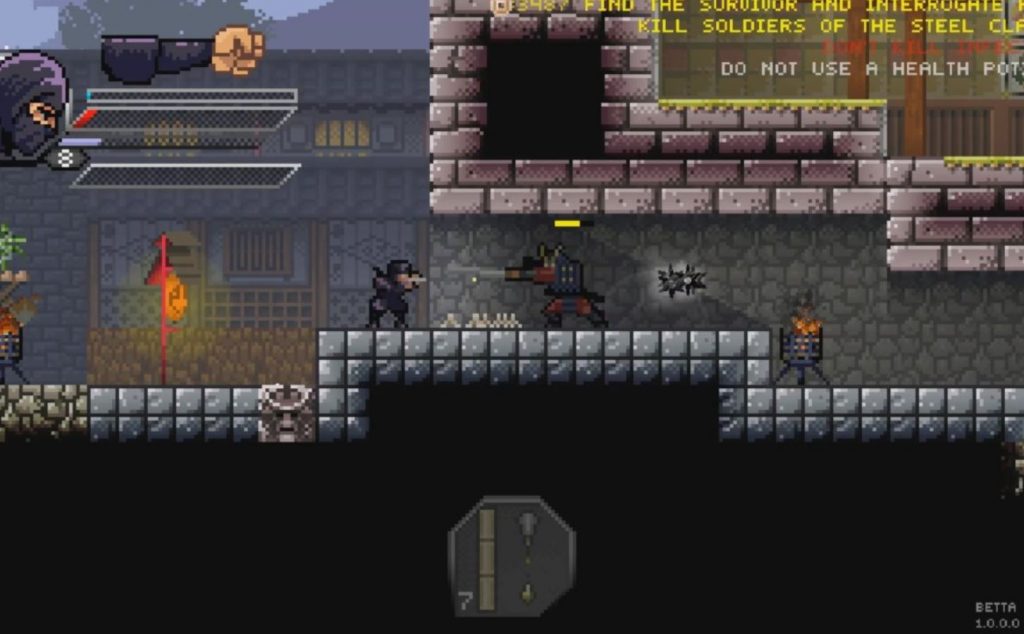 Within the Blade on the PS5 takes a classic arcade sidescroller and morphs in into something slightly modern from RPG to crafting (over 200 items) and old school combat mechanics, including a plethora of different weapons plus clever stealth mechanics. Like the games of yesteryear, you’ll be overjoyed at times and totally annoyed when you continue dying so expect some controller rage … especially if you play it in permadeath mode.

All in all, Within the Blade is a fun yet repetitive distraction on the PS5.