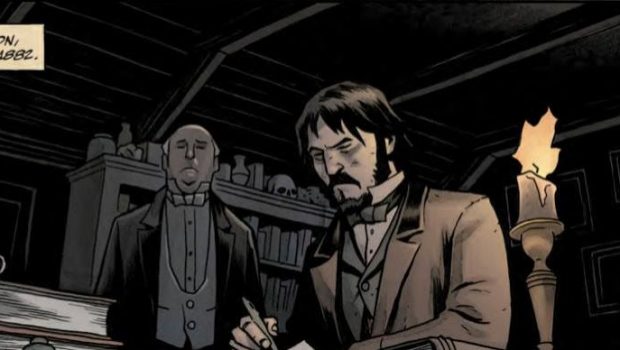 WITCHFINDER: CITY OF THE DEAD #3 REVIEW

Summary: The veil is finally being lifted, as we begin to unravel more to this case steeped in secrecy and mystery.

An evil which has laid dormant for many years has awaken and its arrival herald’s death, destruction and annihilation. There is a threat to Queen and country and Sir Edward Grey is on the case, desperately trying to solve this problem before it’s too late. More to this harrowing case is revealed, the question of the mysterious underground temple is raised and we learn that what occurs in the past directly affects the future. This is what happens when someone strike a deal with evil itself! 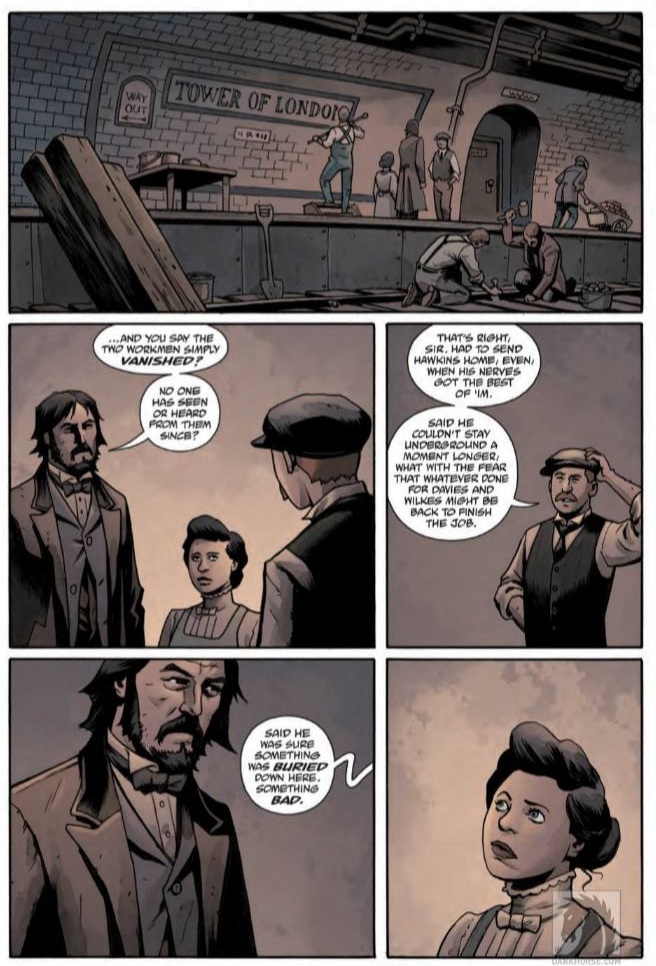 Tensions are high as Sir Edward Grey, paranormal advisor to the Crown, further investigates the unusual series of events that have been occurring in London. Zombies, occult activities, mysterious underground temples and unusual disappearances all begin to connect and these signs lead to the sinister Vladimir Giurescu. The Queen is alerted and Grey arrives at Giurescu’s house with a Royal warrant, ready to make an arrest, yet of course he is somewhat absent. Grey spots the mysterious African medicine man, Mohlomi, through the window and after a few cryptic warnings and obscure messages, leaves Grey with a clue as to where he might find more leads. Ahh yes, why are the warnings always cryptic when matters are of a most urgent nature? In the end, Grey finds himself at the mysterious underground temple, about to stumble on another piece to the puzzle.

This is the issue where things really begin to move ahead at a faster pace. More is revealed about Giurescu and a transaction that he made with the King over a century before the events occurring in this story and this in turn establishes that sense of ominous caution. The overall tone is tense, as Grey is clearly troubled by the information that he obtained from the Heliopic Brotherhood of Ra in the previous issue. He is beginning to piece this strange puzzle together and as a consequence he is learning that things are much more troublesome and unsettling than he first perceived. I’m enjoying the edgy mood, as it brings an overall sharpness to Grey’s character and I think this works well with the subject matter and the historical setting of this story. Mignola and Roberson have excited me with more character revealing scenes with the villain, Giurescu. If you’re at all familiar with Hellboy: Wake the Devil, then you’re in for a treat as this is the fantastic villain from that story that faces off against Hellboy. This is a story that has been mentioned only briefly in previous Hellboy stories, so it’s excellent to finally have this tale told to us and learn exactly what happened. I also love the wonderful combination of folklore/mythology ethos themes entwined with the everyday goings on of London. This is classic Mignola and it really makes for an interesting and dynamic read. 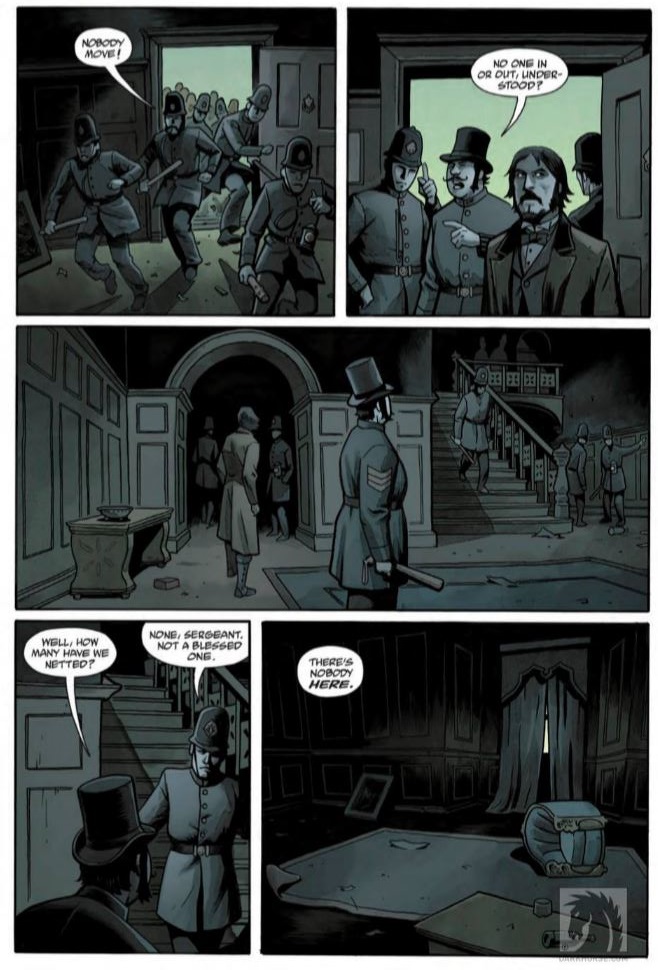 Ben Stenbeck’s art is dark, moody and gloriously bleak. Menacing faces, dimly lit rooms bathed in candlelight, empty houses with long creeping shadows all come together to really create an ethereal and ghostly Victorian London. I enjoy the highly emotive nature of the faces that Stenbeck draws. There is a real sense of distress and anxiety there which really intensifies the overall emotional tone of the story. Colourist, Michelle Madsen, does an excellent job at reinforcing this eerie ambience through the use of a muted colour palette. Dull and faded colours give the overall impression of a weathered and dreary look, which works well with creating a believable Victorian London backdrop. 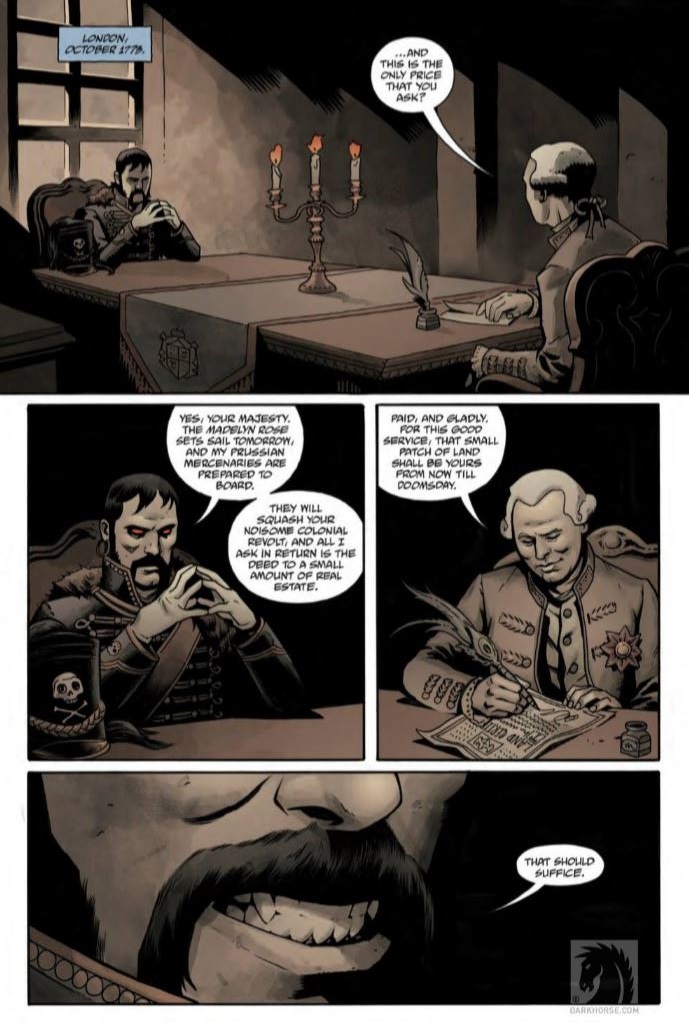 Witchfinder: City of the Dead #3 delivers us another exciting instalment to this mysterious case. The veil is finally being lifted, as we begin to unravel more to this case steeped in secrecy and mystery. I’m thoroughly enjoying this dark Victorian horror set in the Mignolaverse and I highly recommend that you grab yourself a copy ASAP! 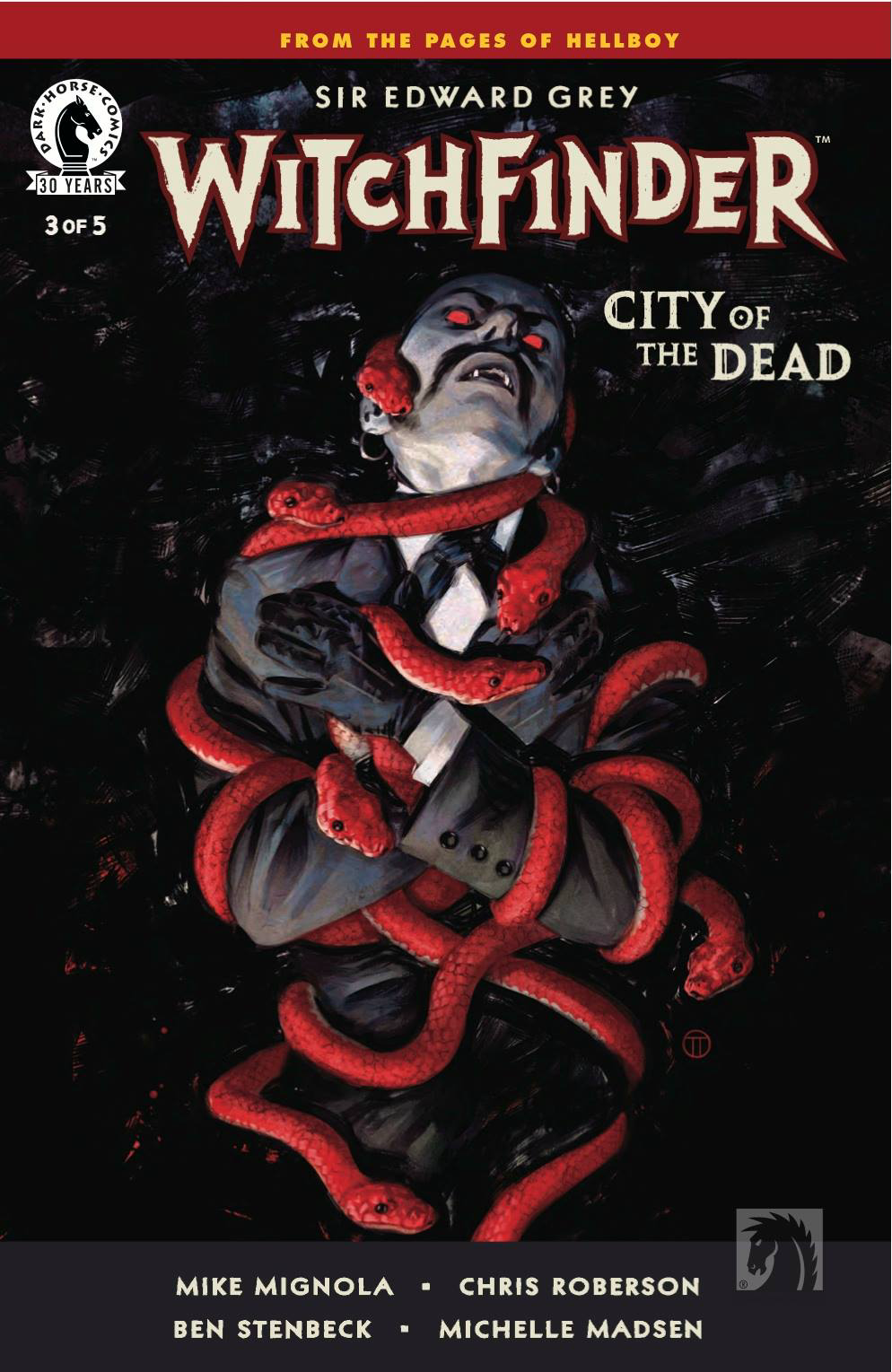