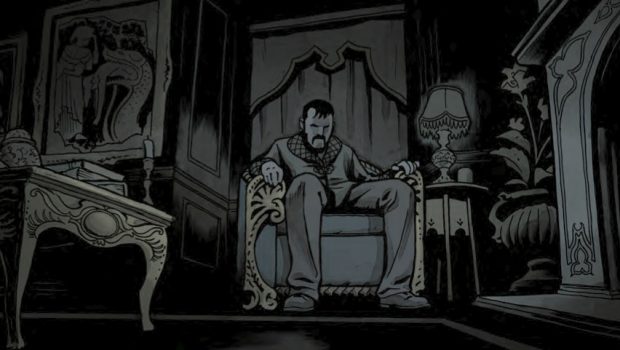 WITCHFINDER: CITY OF THE DEAD #2 REVIEW

Summary: The plot has thickened, as we are introduced to some interesting and unexpected developments.

There is never a dull moment when you’re the occult advisor to the Crown, Sir Edward Grey. Grey is once again involved in an uncanny investigation, filled with death, menace, practitioners of the dark arts and secret societies. This dark tale has only just begun and it has already given us a tantalising taste of what’s to come! Let’s just say that Grey certainly has his hands full! 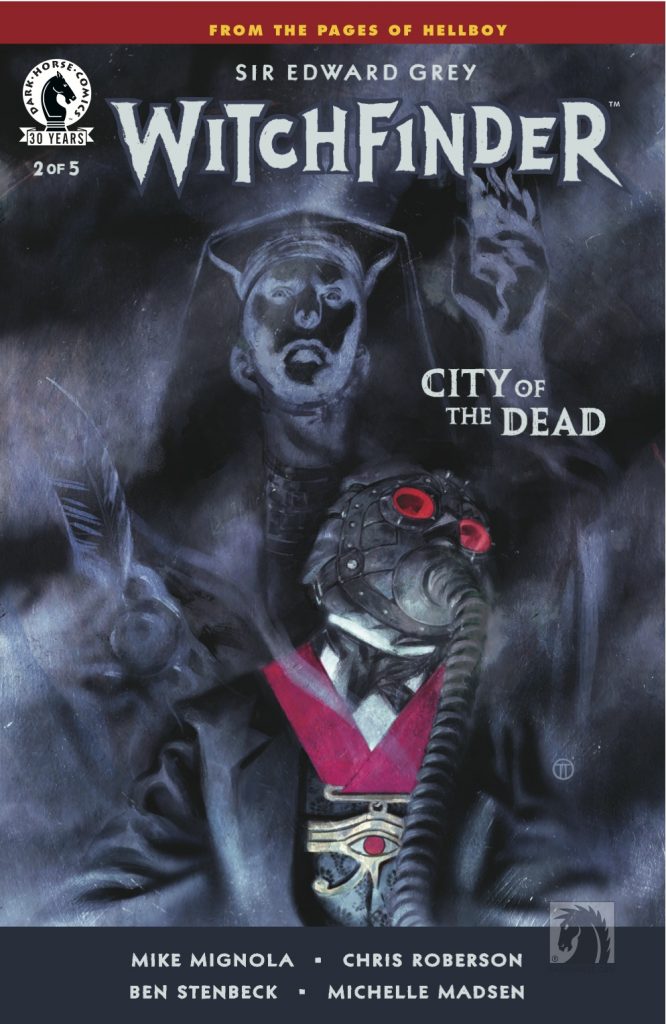 Witchfinder: City of the Dead #2 begins right back where the previous issue left off, with Grey trapped and surrounded by a horde of flesh-eating corpses. After surviving the deadly attack in the cemetery, Grey quickly immerses himself in investigating what is causing the undead to rise again. Researching English folklore and investigating a number of Government Offices leads Grey to question a strange and mysterious man, someone who looks like they have something to hide. After being visited by strange and foreboding vision that comes with a message of warning, Grey quickly comes to the conclusion that this case is much more than just practitioners of the dark arts summoning corpses and fears that it is something far sinister. Grey is also visited again by his old enemy, the Heliopic Brotherhood of Ra, who come offering an unlikely proposition. This is starting to turn into a case much bigger than Grey initially perceived and he may just have to rely on people that he swore never to work with or trust again. Will Grey discover and reveal what is behind the rising of the undead before it’s too late? 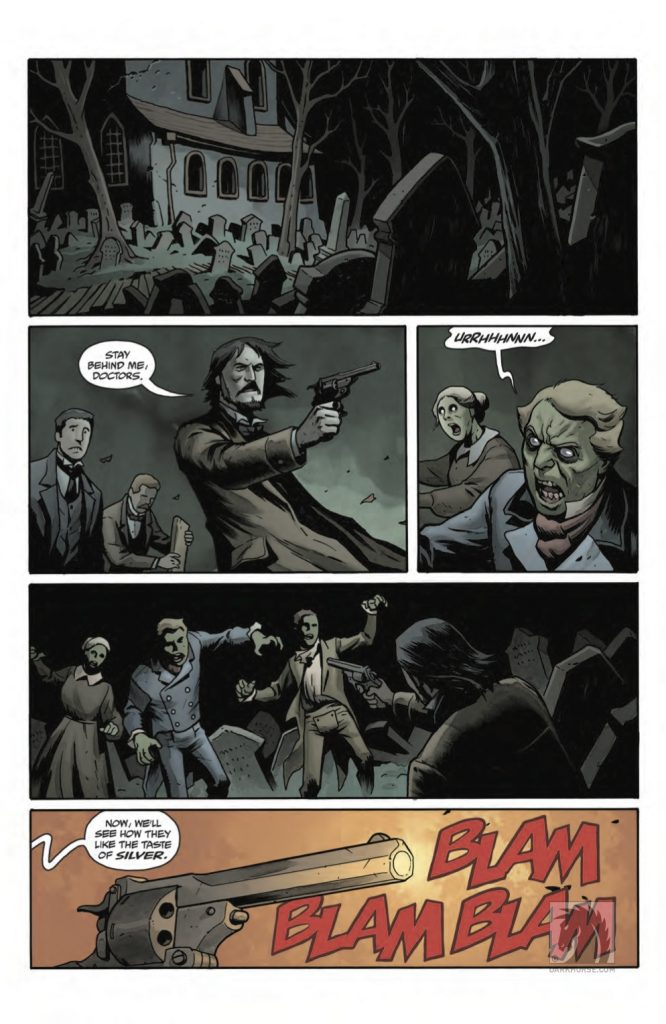 This Victorian tale of horror and mystery from writers, Mike Mignola and Chris Roberson, delivers another exceptional instalment to the Witchfinder series. This is a story shrouded in smoke and mirrors and things are not what they appear. They really do an excellent job at creating an eldritch horror, set in Victorian London with all of the macabre and sinister undertones that one would come to expect. Grey really is a troubled man, scarred from a life plagued with menacing monsters and disturbing encounters. He is a complex, embittered and somewhat distrustful of his fellow man and this all adds to some very interesting encounters and conversations that we get to see. He struggles with his own demons and we really get a sense of this when reading his internal dialogues. I also find it interesting that he often appears rather skeptical when initially investigating a new case. He often searches for a logical explanation first, rather than jumping to supernatural conclusions and explanations. I find that this is a clever way that Mignola and Roberson have worked in that very Victorian sensibility of having an analytical and rational mind. I also enjoy the clever references to horror and the occult that we see littered throughout this story. It feels like these guys are paying homage to some iconic horror stories in their own unique way. 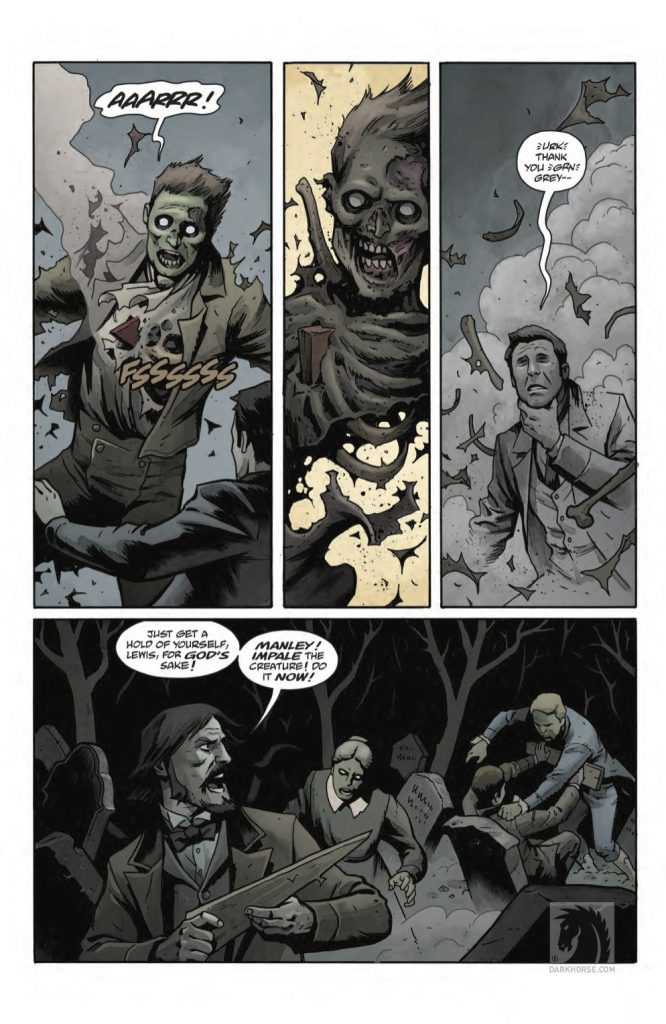 Ben Stenbeck’s art works so well at creating that very atmospheric Victorian London that we’ve come to expect from Witchfinder stories. Grey is a cautious and troubled man and this is clearly evident in the way in which he is drawn. We can clearly see the anxiety and stress on his face, especially during those detailed and close-up grimaces. Stenbeck also leaves a lot of visual clues, many of which are imperative to the story and he does a great job at drawing your eye to them. I also thoroughly enjoy seeing Stenbeck drawing Victorian London in all it’s dark and mysterious magnificence. You can also see Mignola’s influence in his use of block-like simplicity when it comes to his light and shading. It doesn’t feel overworked and the clear minimalism helps to offset the more complicated and detailed streetscapes of London. Colourist, Michelle Madsen, really heightens the ghostly and sinister tone of the story. The overall dreary and muted colour palette fits in really well with the Victorian horror setting and it does a lot to enhance the sense that you’re walking through the streets of 19th century London. 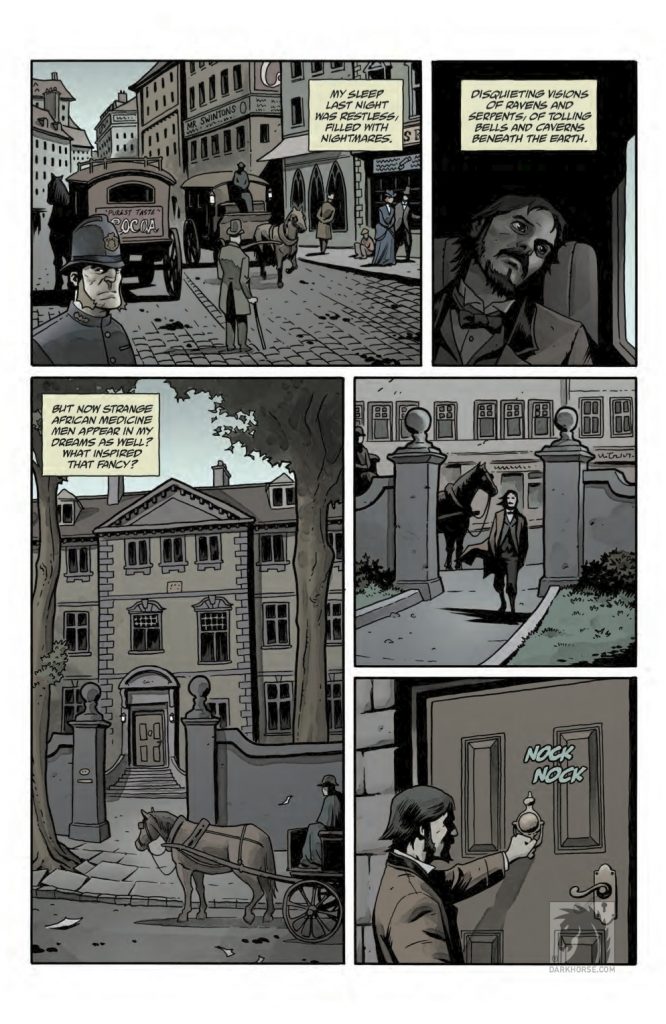 Mysterious, engaging and sinister, Witchfinder: City of the Dead #2 delivers us a dose of eldritch horror, steeped in awe and secrecy. The plot has thickened, as we are introduced to some interesting and unexpected developments. I look forward to reading the next issue and discovering more about this enigmatic story and unravelling the puzzle that’s plaguing Sir Edward Grey. Do yourself a favour and pick up a copy today!