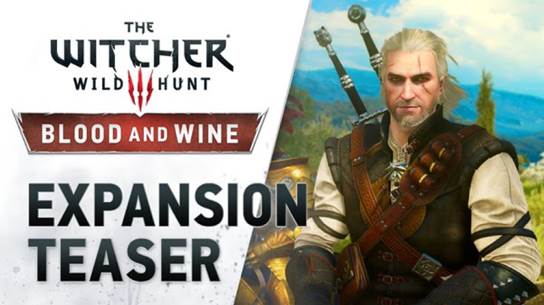 CD PROJEKT RED, creators of The Witcher series of games, announce that the final expansion to The Witcher 3: Wild Hunt, Blood and Wine, will premiere on May 31st.

“Blood and Wine makes The Witcher 3 complete it’s Geralt’s final mission. Containing more than 90 new quests, and over thirty hours of brand new adventures, it’s something that I think gamers will remember for a long time,” said Konrad Tomaszkiewicz, Game Director, CD PROJEKT RED. “There’s also a massive amount of features we’re giving gamers with this expansion like a dynamic Point of Interest system, a new Gwent deck, new endgame mutation mechanics, and even a place Geralt can call home…. And it’s all happening in a new region as big as No Man’s Land in the base game,” Tomaszkiewicz adds.