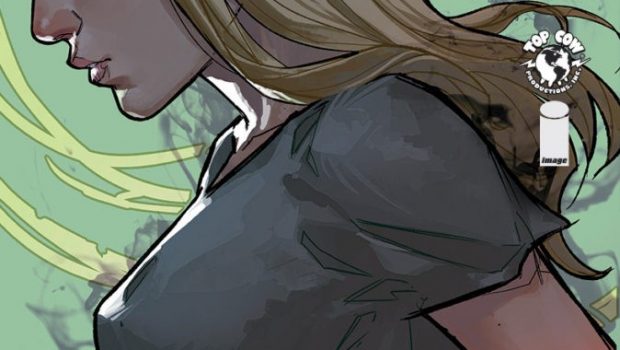 Summary: Great artwork and a story that doesn’t quite click.

This issue of Witchblade is quite plot heavy, recapping the happenings of the previous issue and laying the groundwork for where the plot will go in the future.  Despite this, it still ends with a bang!

The cover features the protagonist, Alex Underwood, from the lower half of her face down to her waist.  The Witchblade features prominently as a bracelet on her wrist, one large gem glowing red.  The light dominates and colours everything on the bottom quarter of the page.  The background is filled with eldritch green light, reminiscent of Alex’s appearance when using the Witchblade.  The cover hints at the mystery and mystic nature of the Witchblade, but gives away nothing else.  It looks great and is well drawn and coloured, but other than the Witchblade drawing the eye in, there’s not much in this cover. 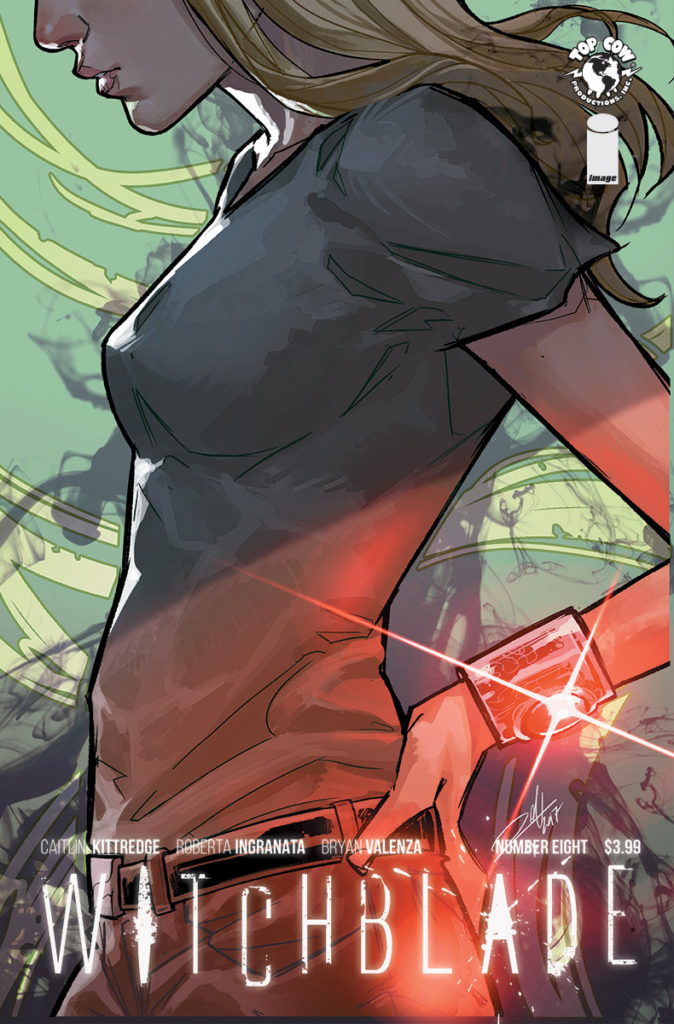 Roberta Ingranata has drawn a nice-looking book with a distinctive style.  Ingranata goes very light on details on several pages in this book, but with the solid work of colourist Bryan Valenza does a great job of filling in the blanks with colour.  In fact, the styles of the two blends together well to create a book that is visually quite good.  Though the cover is fairly dry, the interior work creates an engaging and real feeling world.  Where the art really pops is with the utilization of the Witchblade itself.  Whereas the original series showed the Witchblade as a metallic weapon and armour combination, the Witchblade in this series seems to transform the bearer into a demonic looking figure wrapped in eldritch green energy.  Red eyes and Alex’s blonde hair are the only features that really stand out.  It looks threatening and dangerous in an inhuman sort of way.  It’s also where we find the highest level of detail in both the colour and the art in this issue. 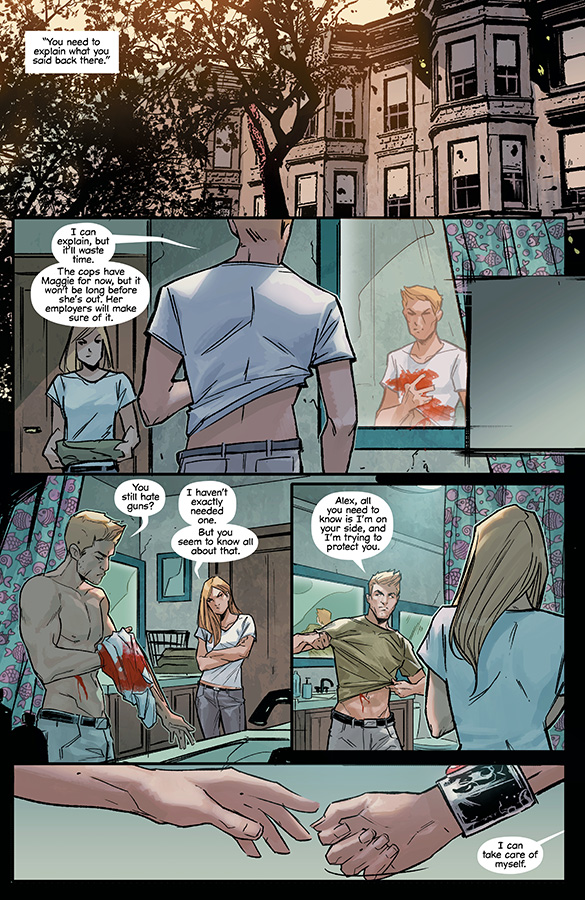 This issue is a little slower, and clearly picks up in the aftermath of a conflict of some sort.  Alex and Johnny (whom everyone thought was dead) are talking as Johnny is removing bloody clothing.  Johnny is trying to convince Alex that he can take her somewhere safe, and that her allies in the police force are compromised.  We soon find out that he is correct in that manner.  Alex agrees to move to a safer location, and gathers a few more allies on the way.  We then learn that Johnny survived the car accident that everyone had thought had killed him.  He then was experimented on by a shadowy group from which he eventually escaped.

Shortly after arriving at the safe house, an armed man in a suit shows up.  Alex activates the Witchblade and makes short work of him.  The issue ends with Maggie being locked in a jail cell with Artemis, who promptly tries to kill her.  Maggie incapacitates her, before hearing a noise outside her cell then seeing a young woman covered in eldritch light and covered in the blood of the dead guards.  This mysterious woman states that she can’t wait to see what Alex thinks of what she’s just done. 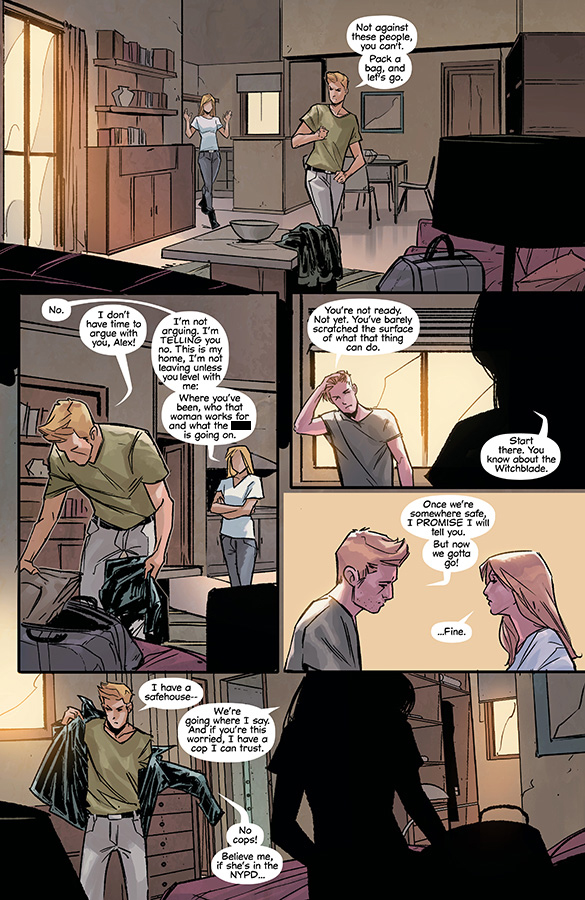 The strength in this issue is the art.  It looks great.  At times it appears to lack detail, but it works with the atmosphere that Ingranata is creating.  The colours are good, but really show their strength in the few pages in which Alex activates the Witchblade.  The issue itself is quite story heavy, and may be difficult to get into if you’re not a regular reader.  It has a slow start, and by the time it picks up the action almost seems tacked on.  This series has a lot of potential but this issue seems to miss its mark.

Great artwork and a story that doesn’t quite click. 2.5 out of 5 stars. 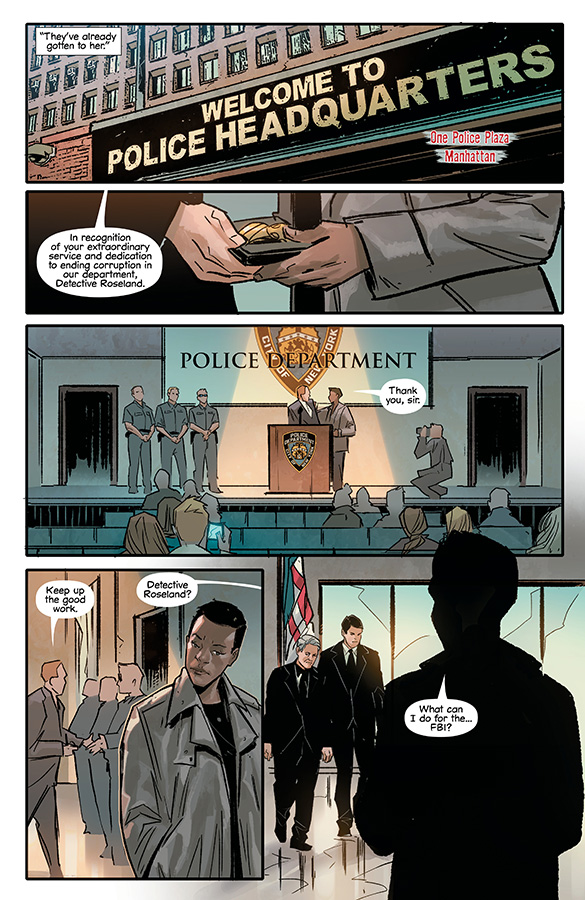