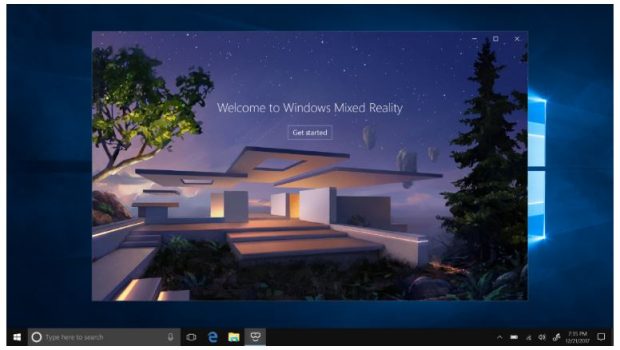 SYDNEY, Australia — 17 October, 2017 — Microsoft Corp. announced the launch of the Windows 10 Fall Creators Update and Windows Mixed Reality headsets and experiences, and the introduction of the Surface Book 2.

From the initial launch of Windows 10, Microsoft has been on a mission to empower the creator in all of us and believes in the fundamental human need to create to propel the world forward.

Microsoft believes the PC is the ultimate canvas for creativity and can empower people to create like never before. This is why the company is building Surface to be the ultimate laptop, and today introduces the Surface Book 2, the most powerful Surface yet.

Windows 10 Fall Creators Update
The Windows 10 Fall Creators Update is packed with new innovations including new Inking experiences such as inking directly on PDFs, a new Find my Pen feature, Continue on your PC with Cortana* or your phone’s browser including, Microsoft Edge for seamless Windows experiences across devices, enhanced security and privacy features, and improvements in accessibility, including Eye Control**.

Mixed Reality for the Masses
The Windows 10 Fall Creators Update introduces mixed reality to the masses. With mixed reality, Microsoft seeks to fundamentally improve the way people create, communicate and play. Customers can transcend time and space and immerse themselves in any environment, helping ideas break free from the boundaries of paper or screens.

The Fall Creators Update also includes the Mixed Reality Viewer, which brings mixed reality to the PC. By simply using the camera on a PC, customers can see 3D objects mixed into their actual surroundings – people, places, things, or anything they can imagine.

From innovative and affordable new Windows Mixed Reality headset to technology to experience mixed reality on a PC, many components are coming together to introduce the world to mixed reality. Now customers can enjoy travel, sports, live concerts and gaming like never before in their own virtual home with content from over 20,000 apps in the Windows Store.

3D Offers Next Boost to Human Productivity
3D will offer the next major boost to human productivity, enabling a next generation of computing that moves far beyond the 2D world. This is powerful because 3D is truly representative of the world we live in – improving the way people comprehend, retain and learn.

With the Fall Creators Update, Microsoft enables anyone to create in 3D. Over 100 million people use Microsoft Paint every single month and now with Paint 3D they can all become 3D creators – easily manipulating objects, creating and sharing in 3D. With the Fall Creators Update, customers can now bring 3D objects into Office files, including PowerPoint presentations and Word documents, to dramatically improve their storytelling and improve comprehension. Objects can rotate and animate within a presentation. And with the Mixed Reality Viewer, 3D creations can easily be dropped into the physical world. 3D is great for students, professionals or anyone who wants to create.

Gaming becomes even more Interactive
Gaming is the fastest growing form of entertainment because it is incredibly interactive. Gaming has also never been more popular on Windows, with over 200 million monthly active users gaming on Windows 10.

With the Fall Creators Update, Mixer becomes even better – people can now launch and jump into a game stream faster than before. Game Mode also enables developers to access all the power of the PC and dedicate it to games, delivering a more performant gaming experience on Windows 10.

The next era of gaming is coming with the new improvements in the Fall Creators Update, immersive gaming experiences for Mixed Reality, and the upcoming launch on November 7 of Xbox One X, the world’s most powerful console built for true 4K gaming.

Creating Memories with Photos & Videos
Photos and videos have never been more popular on Windows, with more than 250 million active users of Photos on Windows 10.

In Fall Creators Update the Photos app is totally reimagined, so people can easily convert photos into memories and stories with personalized 3D effects, Ink, transitions, and video – no editing experience required. Customers can take photos and simply and easily edit them into a collage of photos and videos with a soundtrack, theme, ink and cinematic transitions. For example, with 3D, objects can be made dynamic, like a soccer ball bursting into flames as it passes the goalie and soars into the net.

Announcing Surface Book 2
The PC is the platform to power the next wave of creativity and Surface is the tip of the spear of innovation to help drive this next wave forward.

One of the most powerful ways to experience the Windows 10 Fall Creators Update is on the Surface family of devices. We are building Surface to be the ultimate laptop, infusing versatility, performance, and design into every product we make and creating a stage for the best of Windows and Office. More than ever there is a need for a class of high performance devices that don’t compromise the versatility and style laptop customers want.

Today, we’re excited to introduce the latest in the Surface family: Surface Book 2 – a powerhouse laptop with amazing graphics and up to 17 hours of battery life. Now available in a 13.5” and 15” option, Surface Book 2 is the most powerful Surface we’ve ever built. With the latest 8th generation Intel Dual-Core and Quad-Core processors and NVIDIA GeForce GPUs, Surface Book 2 has up to five times the graphics performance of the original Surface Book and is twice as powerful as the new MacBook Pro.

But more than just raw power, Surface Book 2 is built for the way customers work and create. It gives the power of a laptop, the versatility of a tablet and the freedom of a portable studio all in one beautifully-styled device.

Surface Book 2 is powerful enough to run professional software like Adobe, Autodesk, and Dessault flawlessly and plays popular PC games at 1080p, 60 FPS, including demanding titles like Forza Motorsport 7 and Gears of War 4.

Surface Book 2 joins Surface Laptop and Surface Pro to round out a strong portfolio of laptops that are designed to not only allow people to experience Windows Mixed Reality and gaming, and be productive anywhere, but also to empower the artists, designers, developers, and engineers who are leading the next wave of creative innovation.

Microsoft believes the need to create has never been more important. The company believes Surface can continue to inspire and enable creativity and is excited to work with device partners to deliver incredible modern devices this holiday. The Windows ecosystem fosters incredible innovation, and this holiday, there will be a range of beautifully designed, and feature-rich, modern devices. These include new Windows 2-in-1s, laptops, all-in-ones, gaming PCs that feature Intel’s new 8th Generation Intel Core processors, the latest NVIDIA GPUs enabling Windows Mixed Reality experiences, long battery life, and OLED and 4K screens for the most stunning visuals.
From new PCs from Surface and our partners, new Windows Mixed Reality headsets and motion controllers – to the world’s most powerful console in Xbox One X – Windows devices are available to empower the creator in all of us.