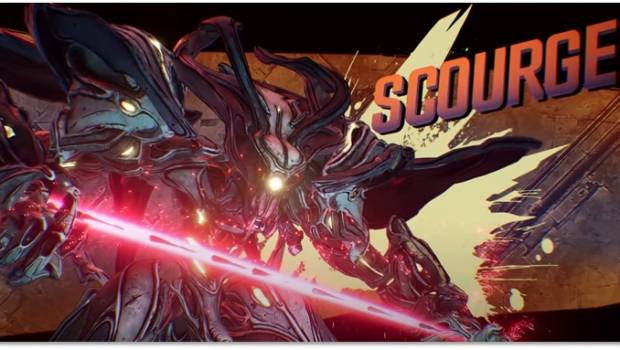 Deep Silver is pleased to announce that Windbound, a stunning survival-crafting RPG-adventure from developer 5 Lives Studios, is available to pre-order for Xbox One, the all-in-one games and entertainment system from Microsoft, and PC via Steam and Epic Games Store with all other platforms to follow soon. The game has also been confirmed for Google Stadia.

Deep Silver also exclusively unveiled the first Windbound gameplay reveal trailer during The Escapist’s Indie Showcase. A new day dawns on the Forbidden Islands. Kara, driven to find the path that leads her back to her tribe, pushes on in her extraordinary odyssey into the unknown.

The islands are alive with magic and enchantment telling the tales of their origin and revealing the role Kara unknowingly plays in it as each artefact that she unearths unlocks a new clue to her past.

Witness Kara’s evolution in survival as she scavenges for resources and gains the skills to craft and equip her with the ultimate sea vessel and the strongest combat-ready attire and weaponry. Increasingly ferocious battles on land and now at sea will transform her into the hardened warrior she was born to become.

All the while, a storm unlike any she has ever seen, is pulling her through the treacherous waters to face a mystical presence that lies beneath the sea.

To Kara’s tribe, the exploits of her ancestors are legendary. Hunters, fishers, warriors, poets and philosophers, their stories tell of a people who lived in perfect harmony with the natural world and swam the deep waters in the company of gods. Though the tale of their downfall has been lost to time, their legacy lives on in these artefacts that have endured to this day.

This treasured garment – fit for either a warrior or a priest – has been handed down from generation to generation, and now the time has come for Kara to honour her past.

The Oceanic Gyre was revered in times past, though its true significance is enigmatic to Kara’s people today. Nevertheless, this salt-treated wooded oar remains sturdy and functional, despite its age.

How or where the ancestors acquired these Sea Shards remains a mystery, but few would deny their efficacy. Luminous, durable and impossibly sharp, this blade cuts as well today as it did a hundred years ago.

The Forbidden Islands are Calling, Unlock their Secrets

Shipwrecked alone on an uncharted island, explore, adapt and navigate the land and perilous seas to stay alive.

As Kara, you are a warrior, caught at sea in a fierce storm, adrift from your tribe. Thrown from your boat, at the mercy of the turbulent waters, you are tossed on to the shores of the Forbidden Islands, a mysterious paradise.

With no boat, no food or tools, just the will and skill to survive, uncover this beautiful island’s rich resources. Craft tools and weapons to hunt and defend yourself against nature itself with its wild and fantastical creatures.

Whilst exploring further islands and the scattered ruins across their lands, secrets of the past and glimpses of the future are revealed. Unravel the mystery behind them all and you may find more than just your way home.

Uncover the Secrets Within

Embark on a personal journey and discover the history of the idyllic Forbidden Islands; each holding the key to a mystery and unexpected revelations.

Explore As Far As The Eye Can See

Head towards the horizon, advancing across the islands, each with their own diverse wildlife, landscapes and challenges to face.

Live Off The Land

Scavenge the islands’ untamed terrain for resources that you can use to craft a full range of tools and weapons to hunt wildlife and upgrade your boat. You must set sail when resources become scarce.

Your boat is your key companion on this journey, carefully craft your own custom sailing vessel to take on the treacherous waters, traversing from one island to the next. Design your boat to battle tempestuous winds, monstrous waves, and deadly sea creatures.