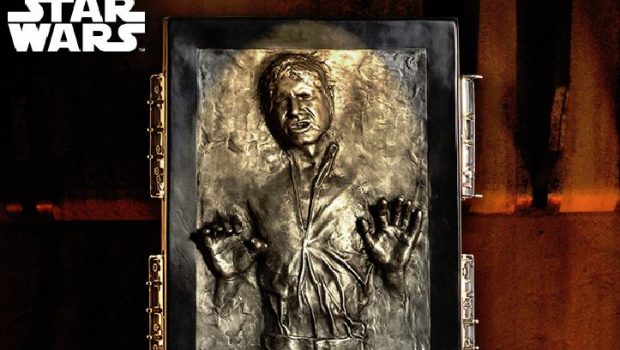 Sydney, 27 September, 2017: Sony Interactive Entertainment Australia is celebrating the highly-anticipated launch of STAR WARS™ Battlefront™ II on PlayStation™Store by giving away the ultimate bounty hunter prize in the galaxy.

Thanks to EA Games and Lucasfilm, one lucky fan could transform their room into Jabba’s Palace with an iconic piece of Star Wars memorabilia; a life-size figure of Han Solo in Carbonite by Sideshow.

Valued at nearly $10,000 AUD ($7,499 USD), this magnificent seven-and-a-half foot tall replica captures every detail of the frozen smuggler with stunning realism, just moments after his affectionate parting words, “I know,” in STAR WARS: The Empire Strikes Back™.

To be in the running to own this replica of the galaxy’s most famous smuggler, players simply need to pre-order any edition of STAR WARS Battlefront II on PS4™ from PlayStation Store before 23:59 AEDT on 16 November, then register before 8 December to go in the draw to win.

STAR WARS Battlefront II  is available now to pre-order on the PlayStation Store. Head to the competition page now for more details and additional terms and conditions.