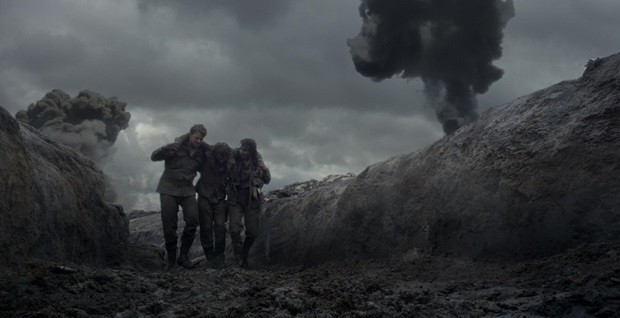 What impact does releasing a war film close to a national event have on the quality of the filmmaking itself? William Kelly’s War is an Australian war film releasing in close proximity to the hundred year anniversary of Gallipoli next year. Like Canopy, which was a local WWII film earlier this year, you appreciate the effort to put something on screen and to have a finished film rather than the overall execution or the experience. Both films are undone by low budget constraints and the thinness of their scripts. These aren’t problems exclusive to Australian war films but the ongoing struggle for local cinema to consistently produce quality material, which has wide commercial appeal but one that upholds a high standard. War films encompass the sentiment and the emotion of battle but also double as action adventure films, which are two contrasting modes where this film is pitched. But it’s been a very difficult year for Australian films, which adds further to the conflict about how to grade visibly smaller films struggling to be made let alone compete. A film like this shouldn’t be compared to a big budget monster like Fury, but merely on its own successes and failures.

Resisting the urge to have the film released at a specific moment might have helped refine its rough edges. The director was Geoff Davis, who conceded in an interview that he struggle to finish his second feature. The film is about a group of young men who are sent overseas to fight the Turks as part of a sniper team. The low budget and home filmmaking really strains most of the battle scenes. Some of the trench sequences are shot at night to use the darkness to hide the limitation of the sets and the low number of extras. The special effects and the explosions also show their limitations and lack conviction. More extras would have enhanced the realism, as would having foreign soldiers speaking in their native tongue rather than halfway between English and having an accent. A lot of the tension has been diluted by the weak special effects but also the underdeveloped characters. Having stronger personalities would have helped us care about these stock character more during the battles. 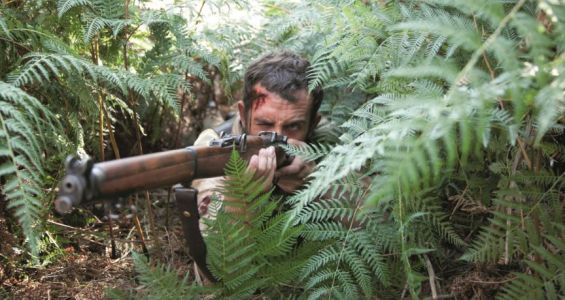 The scope here is broader than Canopy which lacked incident and felt too contained. It was caught between being an immersive survival film and an impressionistic art project. The narrative here reinvents itself in the second half of the film to become like a Western, or Taken in the bushlands. Returning from the war reveals how properties have been attacked by criminals. The film becomes a revenge or rescue movie, switching genres. Some of the outback shots in the bush impress because it’s a photogenic environment. It’s an area which always looks strong onscreen and it’s hard to disrupt the naturalism. At various points the film might have been passable as a film to show in schools, like a made for TV movie, but some of the violence is over the top once outside the war setting and into a standard damsel in distress plotline. It seems as though Peter Weir’s Gallipoli is still the top of the heap for local films about the First World War. But it will be interesting to see how Russell Crowe’s film The Water Diviner emerges commercially as well as critically because these films are bankable since people as are interested in the history as much as the combat. A lot of the success of a war film lies in the execution. William Kelly’s War struggles with the technical aspects and handling the sentiment, even though you admire low budget films achieving a cinema release. Better days are surely not too far ahead for this industry.

Summary: Better days are surely not too far ahead for this industry.