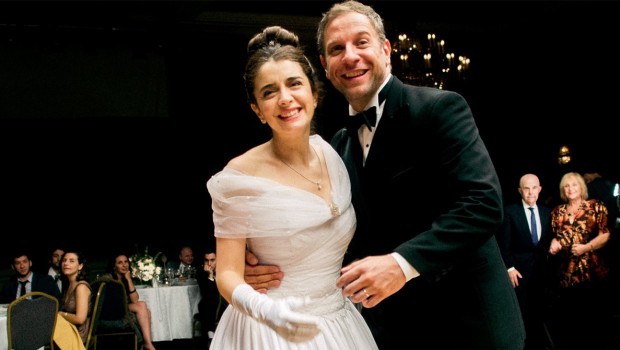 Wild Tales is a collection of six short films from Argentinean filmmaker Damian Szifron. This is only his third feature but he has also worked in television on a show called Los Simuladores. He must have also caught the attention of Spanish filmmaker Pedro Almodovar because he and his brother Agustin produced this film. The first short in Wild Tales is set on an aeroplane and features a crazy set of coincidences between all of the passengers. The second one is a violent revenge thriller set in a diner, where a waitress is pitted against an obnoxious customer of whom she recognises. The third, and arguably the best, features on the open road where a wealthy man in his luxurious car makes the fatal mistake of giving the finger to a fellow driver who he wants to overtake. This ends with dire consequences for both men. In another story a demolition expert neglects his family, including his daughter’s birthday, when he tries battling against the system of bureaucracy over a parking fine. The fourth story is about what a father will do when their teenage son performs a hit and run which kills a woman. They offer to pay their gardener a large sum of money to take the blame but we’re to question whether the deal will fall through on everyone. The final short is a crazy wedding where the bride discovers at the party the awful truth about what her husband has been doing behind her back. As with most of these stories, the results are violent and often bizarre.

Each of the six stories is a separate parable about the way violence escalates when pursuing revenge and how there are always consequences for immoral choices. By opening with an aeroplane crashing, it is perhaps signposting the domino effect the September 11 terrorist attacks created globally for more than a decade. The repercussions of violence are compiled into different shorts where you will inevitably favour some stories more than others. What works for the most part is the uncertainty of how these stories will unfold. The film is unpredictable, which is an asset when building tension and drama rather than resting on a formula. The unpredictability early on is drawn from navigating effortlessly between absurdist humour and violent, dramatic thrills. The film made me laugh sometimes at its craziness but it also makes you squeamish with some of its increasing brutal violence.

The violence isn’t for shock value alone, though it’s effective on that level, but embedded in the coda about the consequences of people’s actions and choices. The second and third film for example provide strong dilemmas about retribution: should the waitress take the one chance to silently kill a man who has given her so much grief in her life and will become a repressive public figure? Should the wealthy man on the road take revenge on someone for humiliating and interrogating him, or escape while he can? Along with the questions about violence, the thematic spin is comprised of class tension between workers and the people they are serving or the system itself. In the fourth story we must ask whether it’s worth fighting a parking fine and risk losing everything in a man’s life based on the principle of making a political statement. It almost destroys him but ends on another absurd, funny note. While it has the same themes, the fifth story dragged and lowered the film’s energy. It has interest twists about money, responsibility and family but it was my least favourite. The last film again persists with the same themes about escalating chaos but concludes with a more optimistic note, which further compliments the deliberately absurd nature of these stories. It reminded me of Melancholia’s madness and while it reiterates the rest of the film’s themes, by the two hour mark it wears you down.

Summary: The repercussions of violence are compiled into different shorts where you will inevitably favour some stories more than others.