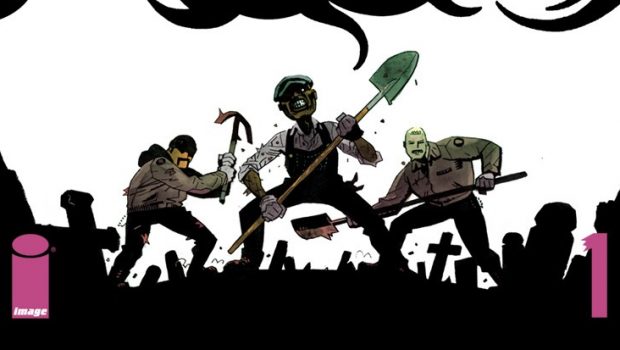 “With The Gravediggers Union, I tried to create an environmental horror story that mixes E.C Comics, H.P. Lovecraft’s horror, and a lot of dark humour,” said Craig. “I’m so proud of what we’re creating, and what Toby, Niko, and Jared are doing together is some of the most original looking comics I’ve ever seen.”

Cypress added: “The Gravediggers Union is a dream project. Wes is writing and designing a fun world with mystery and humor, and I’m having a great time drawing it. I think you will see everybody involved is bringing their top effort to the title because the Gravediggers are a group that the world seems to need today. We are updating the horror genre while keeping its best aesthetics. A Ghostbusters for a hopeless age of digital social graveyards, bloodsucking brand awareness, trolling zombie followers, and creeping death landfills.”

The Gravediggers Union is the story of Cole, Ortiz, and Haley, three members of a brotherhood who bury the dead in the day and make sure they stay buried at night. The supernatural world has gone haywire, and it’s all tied to a powerful cult called The Black Temple. They want to unleash ancient dark gods and bring about the end of mankind. At the centre of their plan is Morgan, prophet of the coming apocalypse and Cole’s estranged daughter. Can Cole save his daughter? Can the Gravediggers save mankind? And do we even deserve to be saved?

THE GRAVEDIGGERS UNION #1 (Diamond Code SEP170600) will be available in stores on Wednesday, November 1st. The final order cutoff from retailers is Monday, October 9th.

Advance praise for THE GRAVEDIGGERS UNION:

“Wes and Toby set up an eerie world where the supernatural seeps from every corner and our only hope of salvation comes from an intriguingly dysfunctional band sent to put them back under ground. Fast, fun and beautifully rendered.” —Rick Remender

“Craig and Cypress’ The Gravediggers Union is like BPRD with added WTF. This book is loaded with character and a visual flair that will drop your jaw straight to the ground” —Declan Shalvey 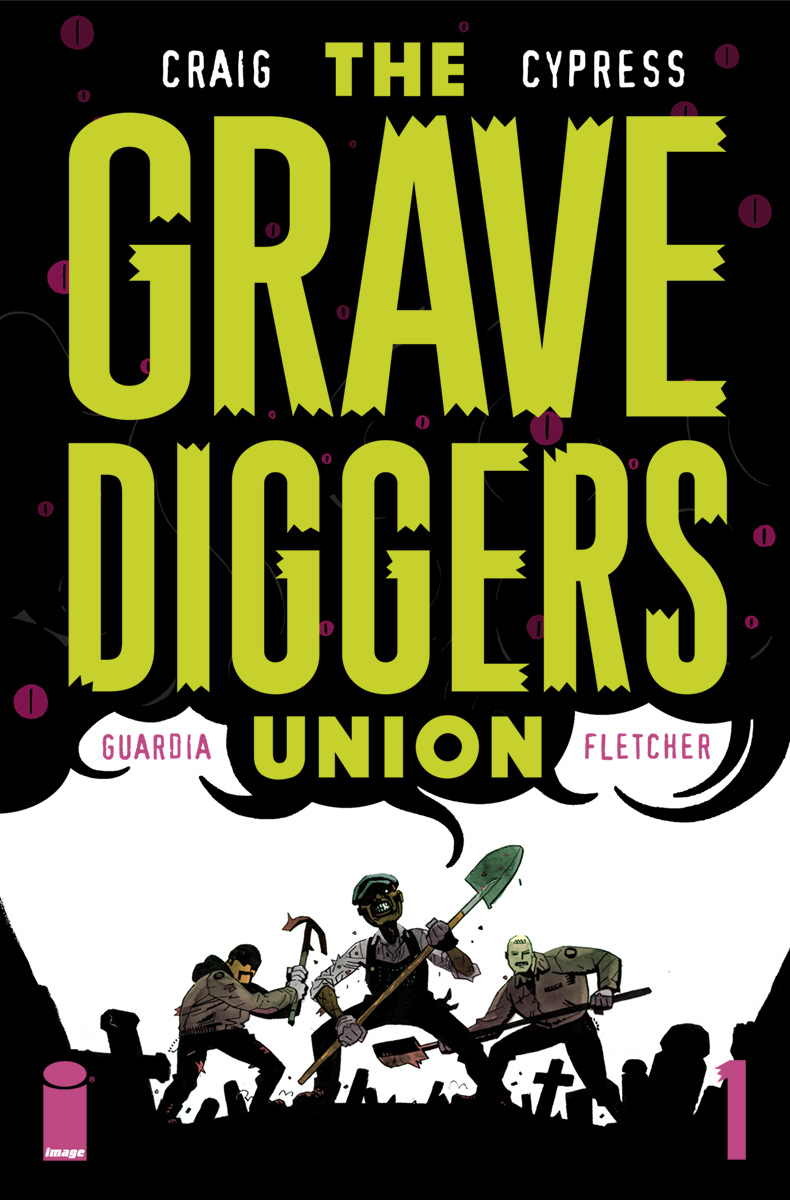