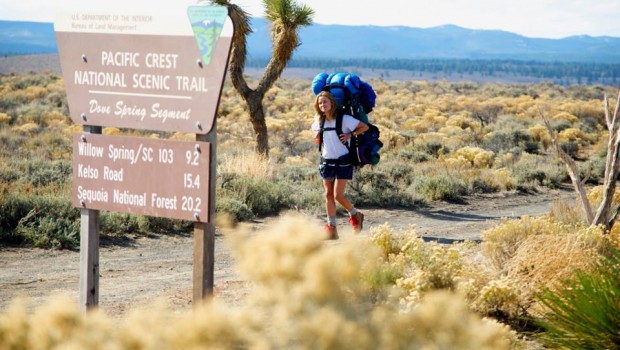 Wild is an adaptation of Cheryl Strayed’s memoir about her 1100-mile hike through the Pacific Crest Trail. The film shares metafictional parallels with its star Reese Witherspoon. While promoting the film she discussed her dissatisfaction with recent film roles, specifically the lack of strong female characters, which is timely given the recent discourse surrounding the Oscars’ lack of diversity. Her discontent encouraged her to form her own production company Pacific Standard and develop the films Gone Girl and now Wild, both of which she produced and feature edgy, troubled females at the heart of their stories.

If Strayed’s journey was self-discovery, or finding her best-self as the film describes it, Witherspoon’s own pursuit is similar by distancing herself from the Hollywood studio system and taking ownership of her career by working in the independent circuit. While sometimes labelled America’s sweetheart and working as a comedic actress in lightweight comedies, the best roles of her career are darker, more subversive ones like Freeway (1996) and Alexander Payne’s Election (1999), which deliberately twist her upbeat, bubbly personality. At thirty-eight years old, playing Strayed is arguably her grittiest, most physically taxing role and one of her best, justifying her decision to chase the film rights.

A major advantage working outside the studio system is removing potential glossiness. French-Canadian director Jean-Marc Vallee (Dallas Buyers Club) and his camera crew used one handheld camera and filmed Witherspoon through various parts of Oregon. The effect of a small, intimate shoot is dissolving our comprehension of reality and staged filmmaking. The attention to detail, such as its star’s insistence on not wearing makeup, is strong. The track scenes, including the stumbles, the cuts and bruises and dirty clothes, don’t appear choreographed or preplanned either. There are funny stories that Witherspoon wasn’t allowed to touch the film’s props before a scene, spent real time learning to assemble a tent while being filmed, and carried all the camping tools in her heavy pack nicknamed Monster.

When Vallee and cinematographer Yves Belanger place the camera on Witherspoon’s face, her eyes silently provide great feeling and expression of her vulnerability and insecurities. Witherspoon copies Strayed’s appearance closely, except Strayed is taller than the film’s diminutive star who is only five-foot-one. While not without humour, her mentally and sometimes physically stripped down performance soars as she embodies her subject and dissolves her trademark quirkiness and comic overtones. Under Vallee the film’s only mistake is failing to nail the pace of the film, which sags heavily in the final quarter. 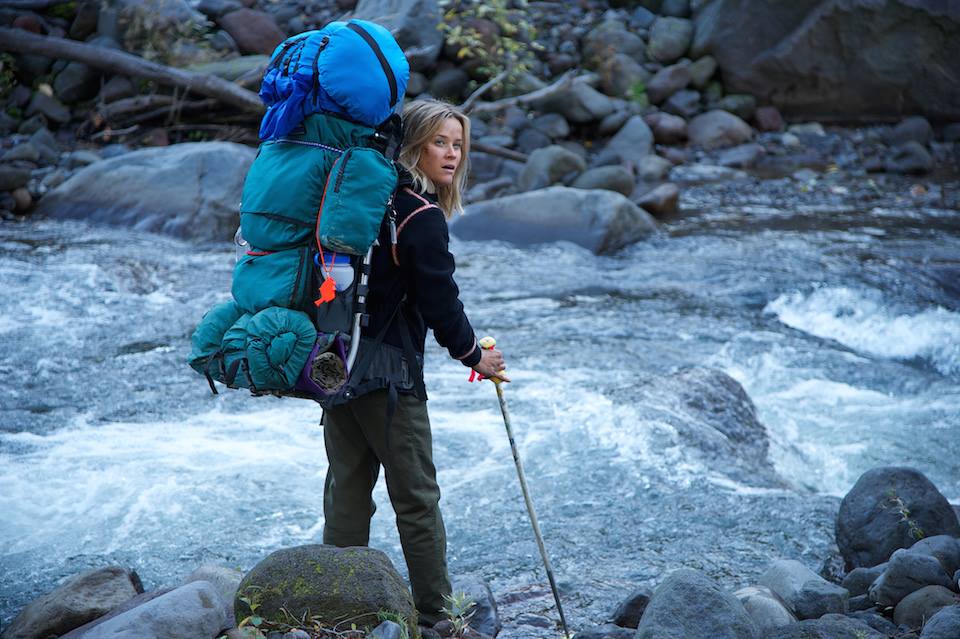 Apart from a voice over of Cheryl’s self-doubt and fears and quick cuts to splice up scenes, Wild’s trek scenes use minimal stylisation which helps hide the artifice of filmmaking. Resisting recognisable stars outside of Witherspoon and Laura Dern for example makes the locals Cheryl meets seem authentic, as does their naturalistic dialogue. Given the film intersperses its track scenes with flashbacks to Cheryl’s past, the film’s shape is not as minimalist or experimental as All is Lost but nor as consciously artistic or formal as the Australian film Tracks. It falls somewhere in the middle.

Nick Hornby’s (An Education, About a Boy) screenplay predictably dramatises conventional themes like individualism and personal growth but Wild is more interesting as a study of gender and femininity. The film is both a road movie and a collection of dark memories, building a vivid portrait of a personal crisis left behind. The premise of the film is the trek but the plot and depth of character are told through intercutting flashbacks to Cheryl’s relationship with her mother (Dern). Cheryl feels not only distanced from her memory but disappointed and embarrassed by her treatment of her mother and her own promiscuous nature when she cheated on her husband and dabbled with heroin. 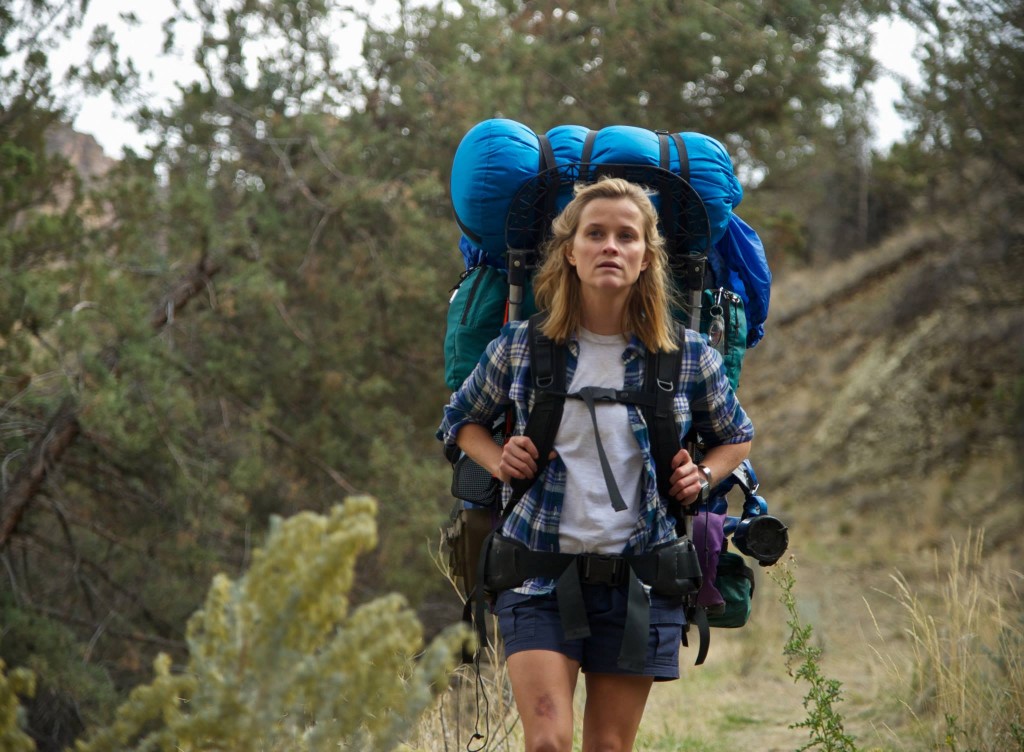 The narrative’s most tense scenes depict involve Cheryl’s insecurity around men and as the story unravels we understand with insight these tenuous feelings and discomfort. A night time ride with a truck driver starts as a fearsome encounter of apparent innuendo, another man is condescending by mistaking her for a hobo and she is watched ominously by two persistent creepers. The film is very effective in immersing us inside Cheryl’s headspace and sharing her fearful perceptions of these strangers. It feels unique for a film with a major star to be divorced from either male friendship or a love interest.

In those parts of the film where she feels threatened there’s a sense the film is almost like a fairytale story of a woman travelling through the woods. It’s not a conventional redemption story but one which comes to the conclusion that the mistakes we’ve made are no longer regrets but pivotal for leading us to breakthrough moments. Destruction becomes a form of creation and you must fall before you can walk again. While this sounds like a familiar variation on individualism, the depiction of self-destructive behaviour through sexuality and drugs is mature and uncompromised, which rejuvenates the content. As a new chapter in Reese Witherspoon’s career, Wild is a positive step towards the future.

Summary: As a new chapter in Reese Witherspoon's career, Wild is a positive step towards the future.