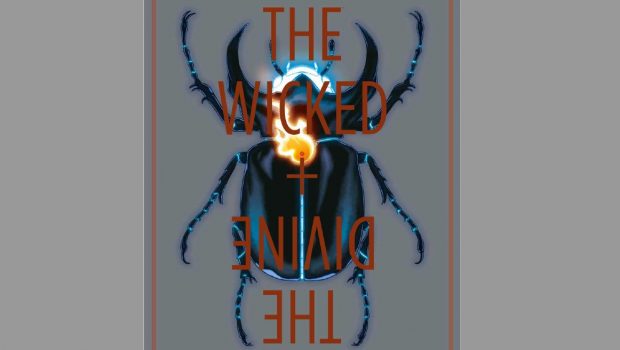 The Wicked and The Devine Volume 5 TPB Comic Book Review

Summary: Polytheism is the thing... the thing that is causing so much trouble, the pantheon is in a state and there's no telling if they can or will work together to sort things out.

I find ancient cultures fascinating… especially some of their beliefs. Some of the best stories we have are either direct retellings or reworkings of the classic tales from Greek and Roman mythology… The Wicked and The Devine takes those and throws in some Egyptology for good measure and puts a thoroughly modern spin on it that really works wonders. Indeed what would happen if the gods of old came back to earth in youthful bodies to mingle among the masses? Would the gods play nice with the people… or even with each other? 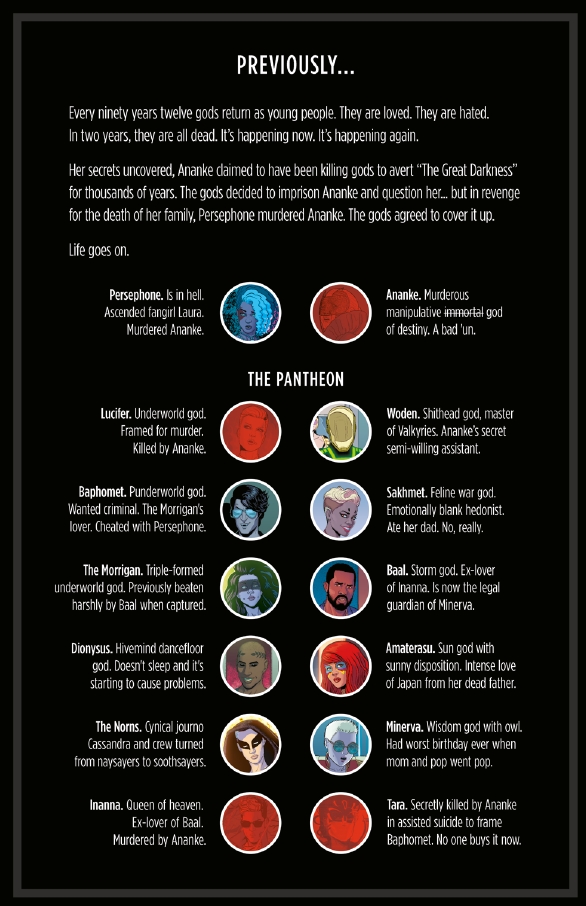 When I first started reading The Wicked and The Devine (having not read previous volumes) I was quite taken aback by the style…. the first portion of the book is written (and illustrated) in the style of a Rolling Stones article or a GQ interview or similar. A chosen god is asked a set of questions and the words are put to pages beset with trendy fashion shoot style images of the god. These pages do give way to the more traditional comic style and we are taken to the present events (the articles are more the pre-amble). It’s all quite interesting and a clever way to imagine how gods may appear if they were to walk among us. 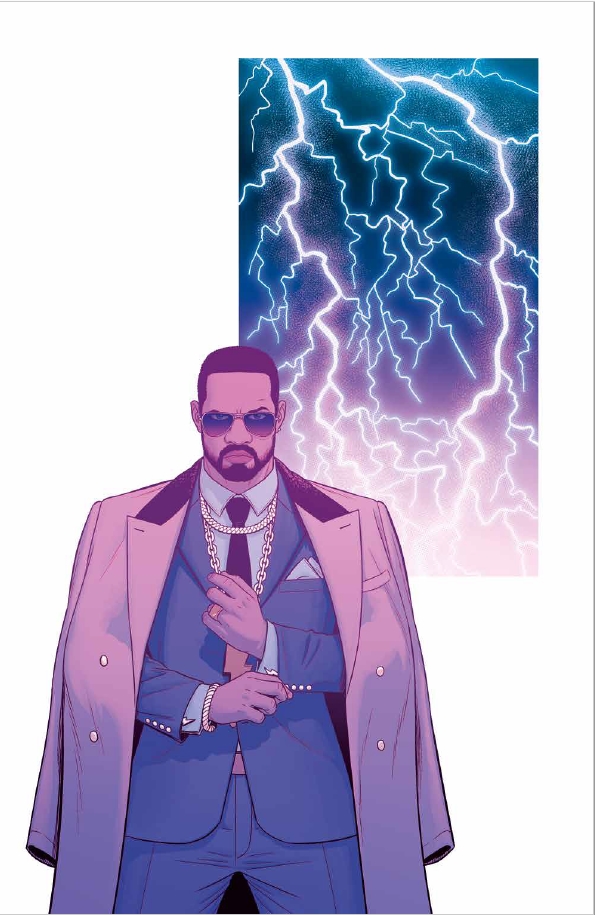 You could separate this into the interview pages and the traditional pages all of which are great but I was quite impressed with the interview pages for how well they mimicked those magazines they are so clearly styled after. You have Baal looking like a cross between Kanye and Drake in one section… then you have Woden looking like he is channeling Guy Manuel or Thomas Bangalter of Daft Punk. Then there are the fantastical images throughout the traditional pages… pages filled with gods performing otherworldly acts, using magic… or just raving. The whole thing is quite a visual feast. 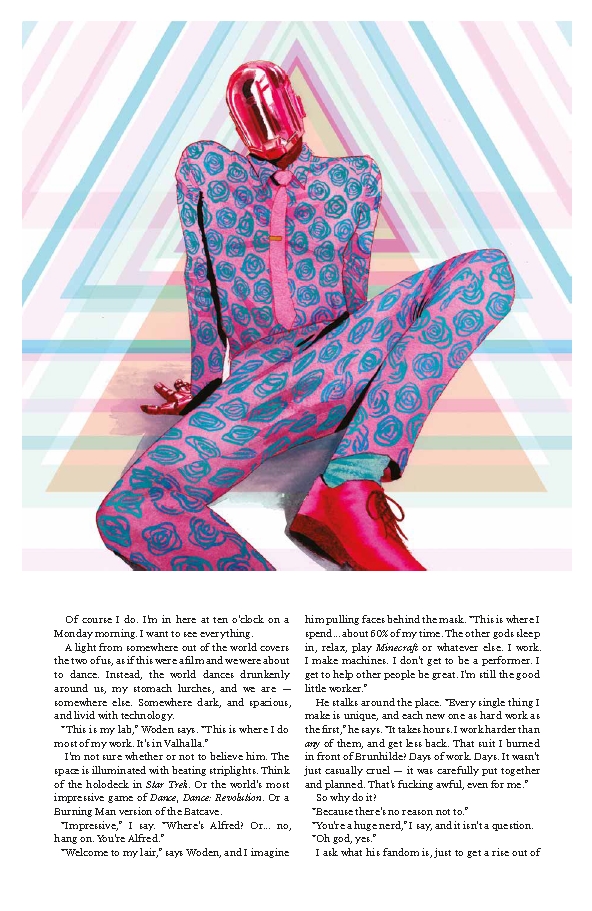 It kind of had me from the start with the basic concept… twelve gods return every 90 years and live for 2 years then die… what they do in those 2 years is what really leaves their mark. We’ve had the dry and boring resurrection stories… the stories of a return to tell us all whose damned and whose saved… it’s not often you get a story that involves gods returning to earth as young people and basically partying like they are on university vacation. Mixing the intense pleasures of the flesh with the overwhelming responsibility of being a living god and having to contend with the other gods is quite the challenge. A great read with lovely visuals… a fun story and a clever concept. Not strictly worthy of worship… but definitely worth a read! 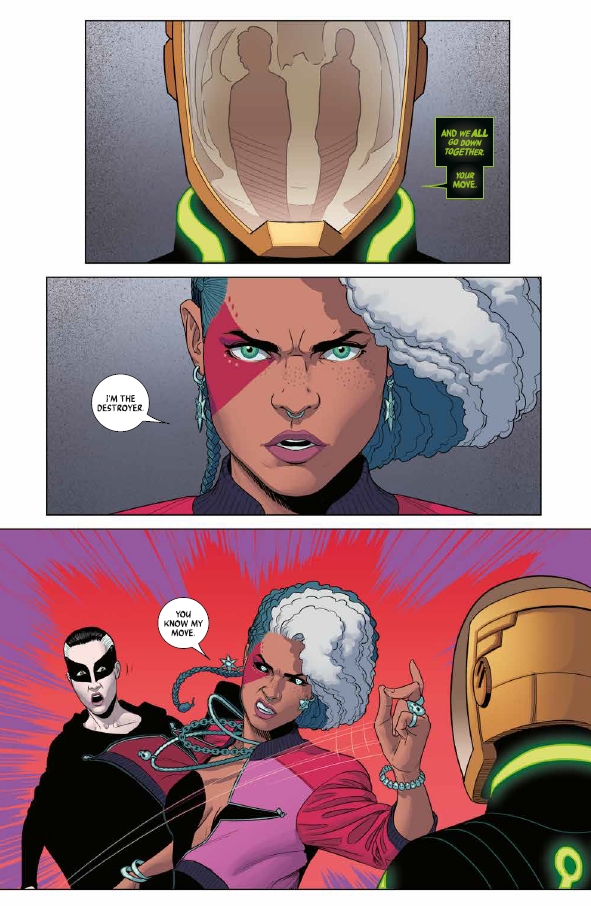