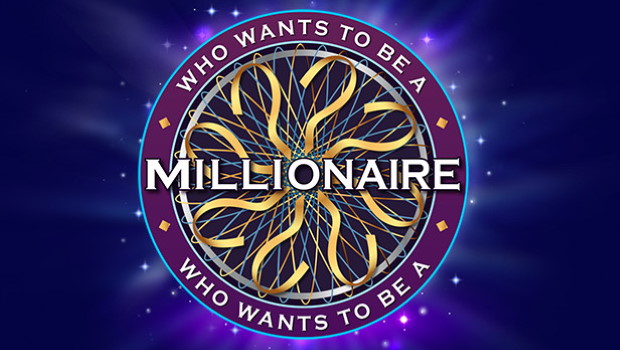 Who Wants To Be A Millionaire PC Review

Summary: A decent enough quiz, with the true to broadcast annoying conversation and frustrating drawing out of results.

I have mixed opinions on Who Wants To Be A Millionaire and I’m talking about the television show and the game here. Regarding the show, I love a good quiz, I find it fun to challenge myself to answer general knowledge questions. But what I hate is the ludicrous theatrics/tension building they force into the show. Who Wants To Be A Millionaire the game also jams this inane small talk in but fortunately, for the most part, you can skip it. 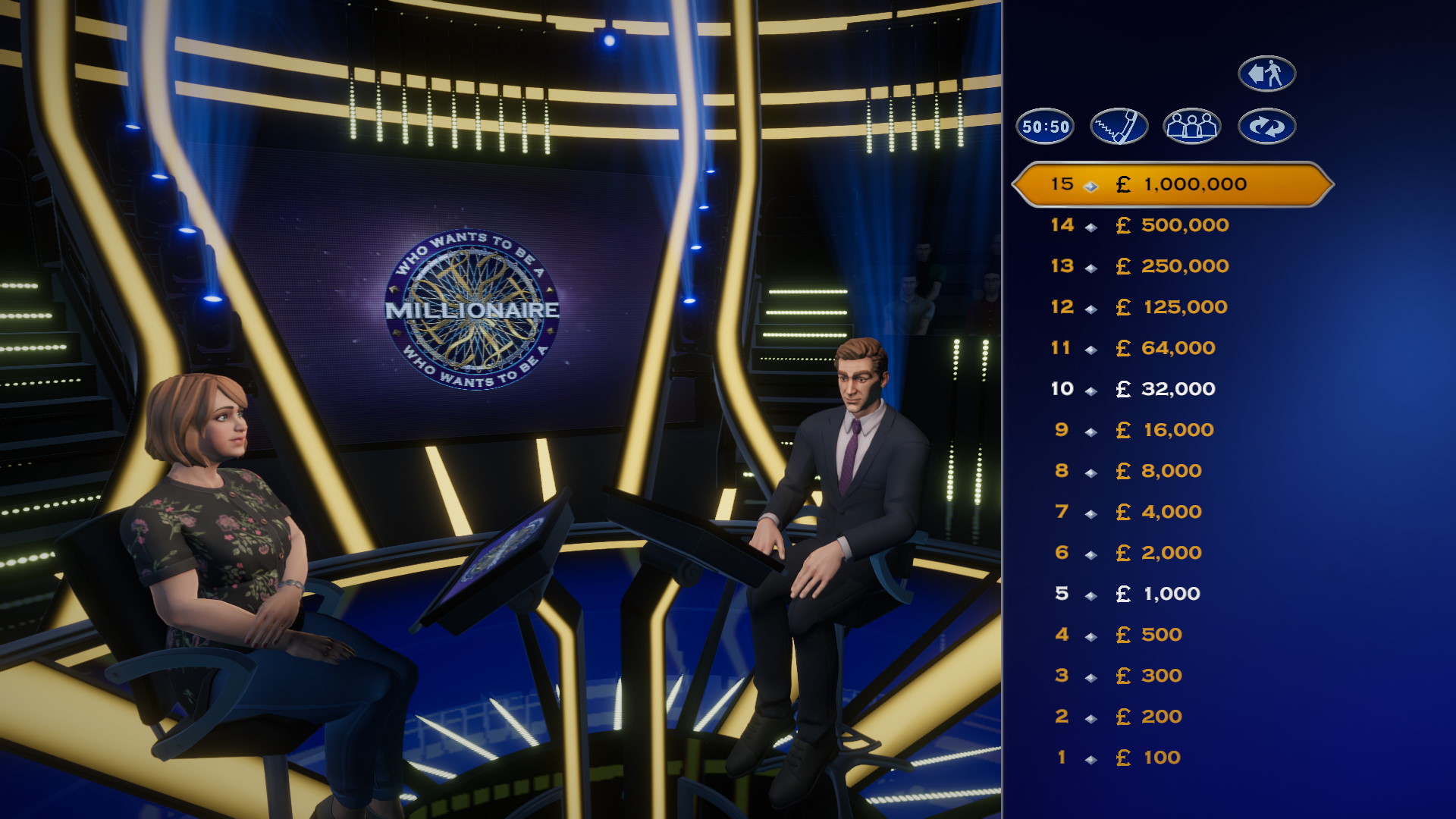 The game is presented very much like the TV show, you have the whole introduction with the camera showing the circular studio set up, then the host comes out and sets the scene. Our contest comes out and there’s a bit of chatter before getting into the first (generally insanely easy) question. Obviously as the contestant progresses the questions get harder and harder and lifelines become more frequently used till it’s just the competitor and the question, do they risk guessing the answer or do they bank their winnings and walk away? 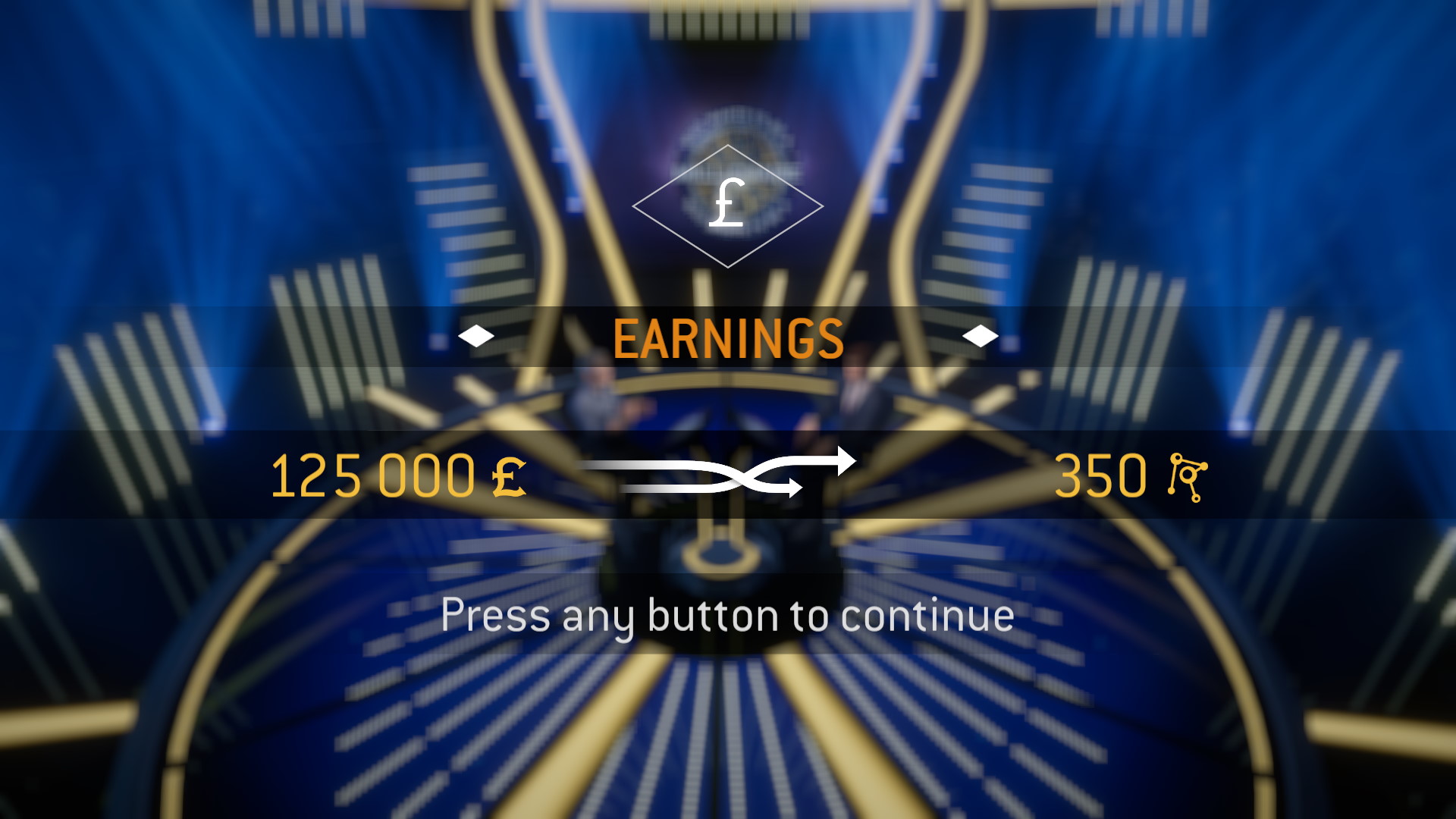 The fun of the game is without question… the questions. By winning money in the game you unlock “neurons” which can be used to unlock different question categories (the more popular pop culture topics requiring the most neurons to unlock). Unlike the show you can actually select which sort of questions you will be asked, so if you’re not the best at geography simply untick that box and you won’t be asked. If you want to just be quizzed on a given field… go ahead. 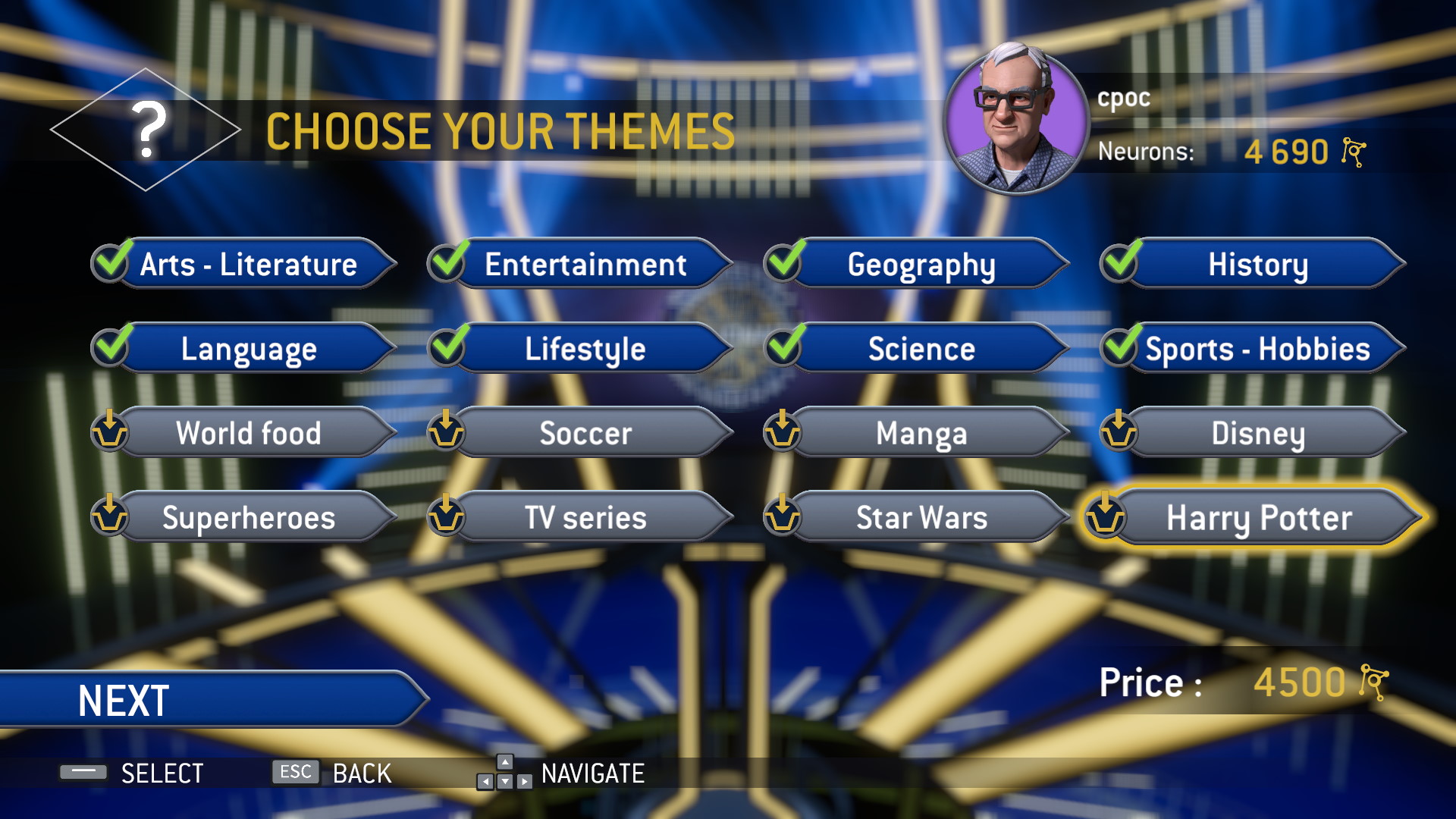 But… there’s a lot to dislike about the game too. Firstly the conversations. In an attempt to be very much like the actual show, the contestant will “think to themselves, out loud”… which is fine, but there has been no attempt to match this with what the player of the game is doing. A way to explain this better is: each question has a time frame for you to answer it, regardless of how quickly you select your answer (which would tend to indicate a high probability of you being certain of your answer if you select it early), your character in the game might sound very unsure of themselves, conversely if you’ve had to use one of your life lines (surely indicating you are not at all sure of the answer), when you finally do make a selection your character might say “yes I’m sure of it”. There’s no real logic to their comments and they frequently don’t match the reality of the way the player is interacting with the game. 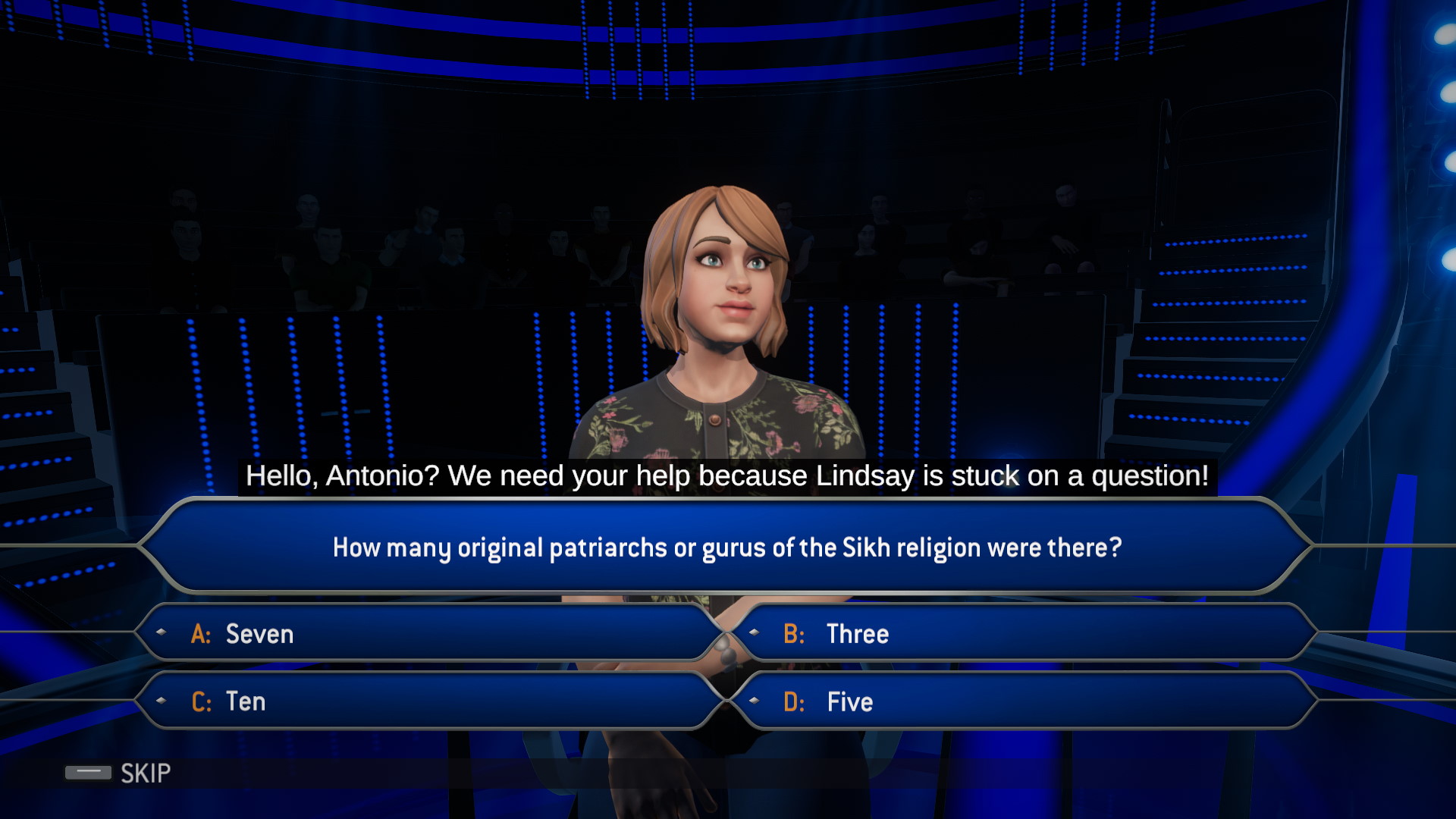 Secondly is the fact that if you click on an answer, you haven’t entirely selected it yet… which is fine, it allows for that whole “is that your final answer” nonsense… except it doesn’t do that. If you click on an answer option, your character will mention they’ve chosen that letter… but it’s not locked in… given a moments pause that would be a perfect chance for the host to do the whole “are you sure” etc… but it doesn’t happen (or not that I noticed… though to be honest I did generally try and skip any and all dialogue). What’s worse is that if the mouse then hovers over another answer and you press space (which is the skip button)… you will then select that option. 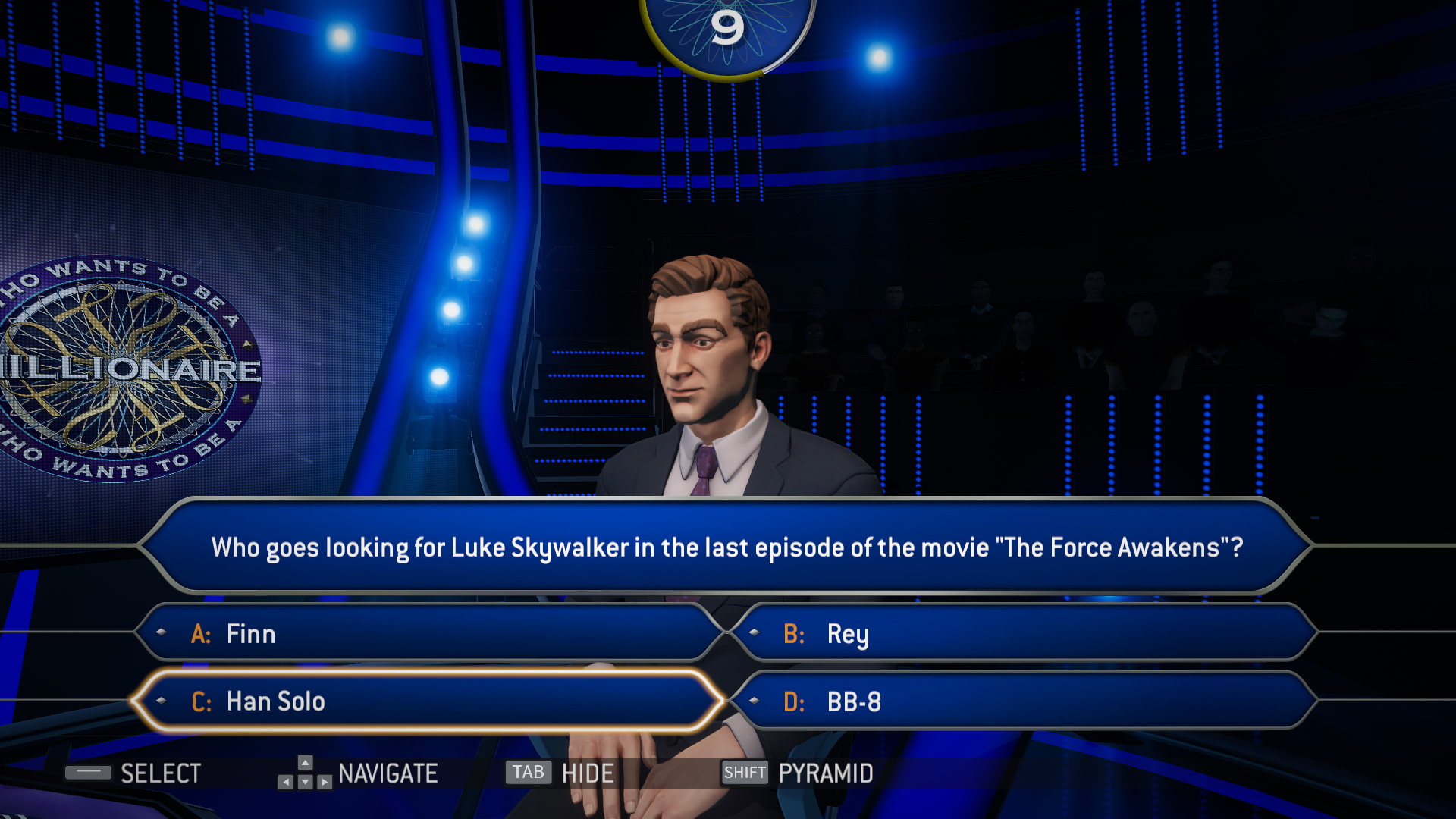 Thirdly is the country select option, it doesn’t really do much. I will qualify that, it does slightly vary the questions (which is fair enough, I have no problem with their not being much difference in questions as it’s meant to be general knowledge so international questions are fine), I mean the host is the same, all the contestants are the same. There’s no change in voices or appearance. I get that it’s an added cost to have more voice actors, but to not even change the appearance of the host seems quite lazy.

I can’t really recommend the game for the price… if it was on a deep discount, then sure, it can be fun to challenge yourself to some questions (though it would be nice if you could also skip your characters last comment before their answer is accepted)… but the game feels a bit “discount” productionwise for what they are charging.