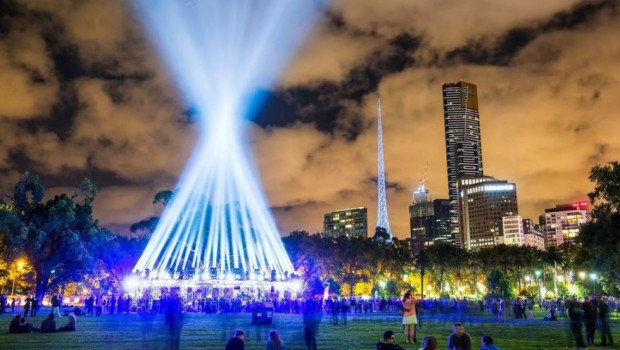 White Night Melbourne is set to return on Saturday 20 February 2016 and today the Premier of Victoria Daniel Andrews joined the Minister for Tourism and Major Events John Eren and Lord Mayor of Melbourne Robert Doyle to launch the call for Expressions of Interest.

Melbourne’s creative industries will rule the night, with artists taking over city streets, major cultural institutions, public spaces, gardens, landmark buildings and laneways in a celebration of the city for twelve hours, from 7pm on Saturday 20 February to 7am on Sunday 21 February.

Melbourne’s cultural institutions – including Arts Centre Melbourne, the Australian Centre for the Moving Image, the National Gallery of Victoria, the State Library of Victoria and Melbourne Museum will again open their doors all night, offering special events and programming.

Australia’s contribution to the major global phenomenon Nuit Blanche, Melbourne is the only city in Australia to hold an all-night event and joins 23 international cities including Paris, Toronto and Sao Paolo.

Further event details will be released in the coming months, visit whitenightmelbourne.com.au and sign up for the latest updates.