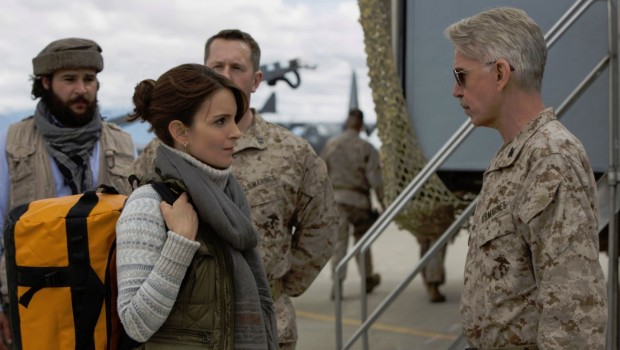 A satirical take on combat journalism and an illuminating story of self-discovery, Whiskey Tango Foxtrot follows journalist Kim Barker as she decides to shake things up by taking a dangerous assignment in Afghanistan. A first-time war correspondent, Kim is inducted into life in ‘the Kabubble’ by glamorous reporter, Tanya Vanderpoel (Robbie). Tanya takes Kim under her wing and provides her with guidance in the middle of an out-of-control war zone.

With a clever combination of suspense and humour, Whiskey Tango Foxtrot uncovers the danger Kim and ‘the Kabuddle’ face in order to report stories from the front line. In the midst of chaos, between warlords and night-time partying, Kim discovers her true strength as she risks it all to find the next big story.

Based on the memoirs, The Taliban Shuffle: Strange Day’s in Afghanistan and Pakistan, be moved by the touching story of the ambitious Kim Barker.