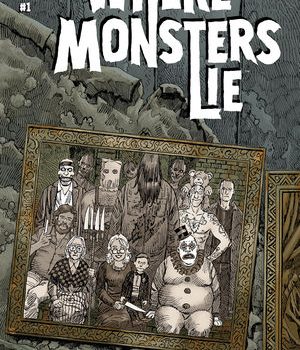 Summary: Where do serial killers go when they need some R&R? The Wilmhurst! A small gated community where every need (including a clean-up-crew) is catered to!

Connor Hayes, survived his first slasher in summer camp. A handful of years later he barely escaped a psychopath who built torture puzzles for his victims. Since then he’s been training and planning for running into these creatures again. He’s a respected special agent, and now he knows where the monsters lie and he’s planning for war.

Welcome to Wilmhurst. A small gated community… in the middle of nowhere. A place where monsters, slashers, creepy dolls, and serial killers (just to name a few) have a place to relax, in between their murder sprees. Where strict rules and HOA ordinances (including moving your trash bins off the street) are governed by a seemingly sweet looking old lady. Only this old lady has no problems sticking one of her knitting needles into your eye, when you get on her bad side. Together with her second in command, they look after the residents of Wilmhurst, keeping them safe (more like out of trouble) in between orchestrated killings. Until one day, when things get a little out of hand…

It’s not surprise that even psychopaths can’t follow the rules of their community. When one of the residents (known as Mr. Puzzleman) messes up by bringing his “work” home with him. All hell breaks loose, when a group of boys (victims) escapes his evil “games” and find themselves landing on the doorstep of a “sweet” old lady. But… much to their gory demise… she doesn’t greet them with open arms.

After the clean-up-crew has disposed of the bodies, an emergency meeting is called. One that (once again) relays the rules of this quiet gated sanctuary. #1 Don’t kill at Wilmhurst! #2 Don’t draw attention to Wilmhurst! And last but not least, #3 Don’t kill your fellow residents at Wilmhurst!

Fueled by her idiotic group of misfits, Ms. Zel, must once again, sweep the crumbs of the recent killings under the (figurative) rug. But when an uninvited guest moves in and an unknown survivor escapes (and runs to the police), it is only a matter of time before her hidden circle is unveiled, and they have to deal with special agent Conner – a young detective, who has a dark (and personal) connection to them all.

We may have seen this genre laid out a few times. A band of misfits, controlled by a leader, where everything goes astray. But ‘Where The Monsters Lie’, has the perfect little twist of characters (and cliffhangers) that makes you want to read on and learn so-much-more about the residents! Who are they? Why are they there? How did they come across this group? Why is there a little old lady, completely fed up with them, but still finds the time to serve Danish pastries and coffee in the foyer?

All the characters that we meet in this issue are fascinating and the artwork mirrors so much of the slasher-gore for the overall vibe. We don’t know much of the backstories (which adds to the mystery of things) but it has opened up the opportunity for so many pathways, that I am excited for. Ms. Zel, as a character, is so engrossing, to the point where I felt sorry for her and forgot that I was reading a slasher comic. I am also eager to know more about our mystery detective and his dark past that links him to our group of misfits. In all, a great start to the series!