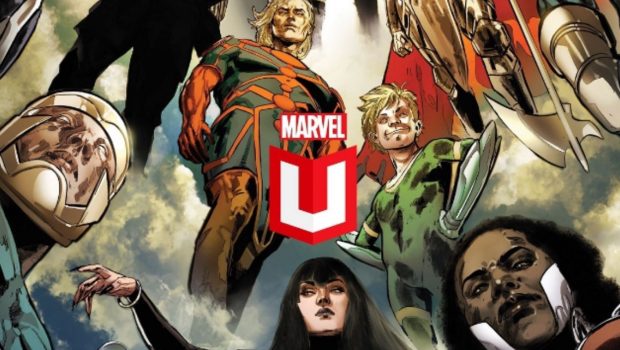 Marvel Unlimited, Marvel’s digital comics subscription service, offers members unlimited access to over 28,000 issues of Marvel’s classic and newer titles as early as three months after they’re in stores, delivered digitally through your desktop web browser and the award-winning Marvel Unlimited mobile app. Right now, enjoy your first month of Marvel Unlimited at 50% off, and unlock this all-access experience for $4.99!* Just use code AVENGERS21 at checkout.

This month: KING IN BLACK adds key Avengers and a few X-Men to Knull’s army! Discover the hidden history of the Eternals in a new series by Kieron Gillen and Esad Ribic! Locked in immortal conflict, find out why these super-powered beings “Never Win and Never Die.” Read the behind-the-scenes making of ETERNALS #1 with an inside look from its creators! Plus, Padawan Keeve Trennis faces her Jedi Trials in STAR WARS: THE HIGH REPUBLIC #1, a starting point tale from the Golden Age of the Jedi. Follow this new era of storytelling set before the Skywalker Saga.

Here are the other binge-worthy titles hitting Marvel Unlimited this month.

GUARDIANS OF THE GALAXY #10 KING IN BLACK TIE-IN!

THE RISE OF ULTRAMAN #5 SERIES COMPLETE!

THE UNION #2 KING IN BLACK TIE-IN!

IRON FIST: HEART OF THE DRAGON #1

New to comics or don’t know where to start? Marvel Unlimited has a fully guided Reading List section that helps you uncover pathways into the Marvel Universe through your favorite characters, events, entry points, and recommended series!

Stay tuned in to weekly announcements, updates, articles, and more by following Marvel Unlimited on Twitter and Facebook at @MarvelUnlimited. Join the conversation with thousands of fellow fans and let us know what you’re reading!