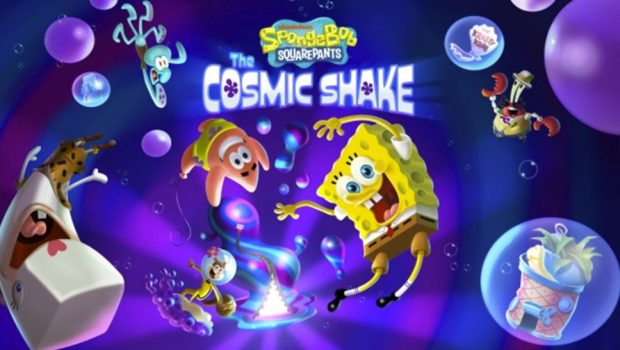 What is Fun? Let me spell it out for you! New Trailer for SpongeBob SquarePants: The Cosmic Shake released!

Pre-Order The BFF Edition
The “BFF Edition” for SpongeBob SquarePants: The Cosmic Shake is ready for pre-order now at EB Games, at an SRP of $399.95 . Included in the collector’s edition is:

SpongeBob SquarePants: The Cosmic Shake is in development for Nintendo Switch™, PC, PlayStation®4, and Xbox One and will be out in 2023 – when it’s ready!

Since its launch on July 17, 1999, SpongeBob SquarePants has reigned as the most-watched animated series for 22 consecutive years, while generating a universe of beloved characters, pop culture catchphrases and memes, theatrical releases, consumer products, a Tony award-winning Broadway musical and a global fan base. SpongeBob SquarePants is one of the most widely distributed properties in Paramount International history, seen in more than 170 countries, translated in 29+ languages, and averaging more than 100 million total viewers every quarter. SpongeBob SquarePants was created by Stephen Hillenburg and produced by Nickelodeon in Burbank, Calif. The character-driven cartoon chronicles the nautical and sometimes nonsensical adventures of SpongeBob, an incurable optimistic and earnest sea sponge, and his undersea friends.

About SpongeBob SquarePants – The Cosmic Shake
Wish-granting Mermaid’s Tears in the hands of SpongeBob and Patrick… What could possibly go wrong? Sure, the very fabric holding the very universe very together could come very undone, opening up portals into Wishworlds full of knights, cowboys, pirates, and prehistoric snails. But that’s nothing everyone’s favourite sponge can’t handle – with the right cosmic costume! Everybody do the Cosmic Shake!