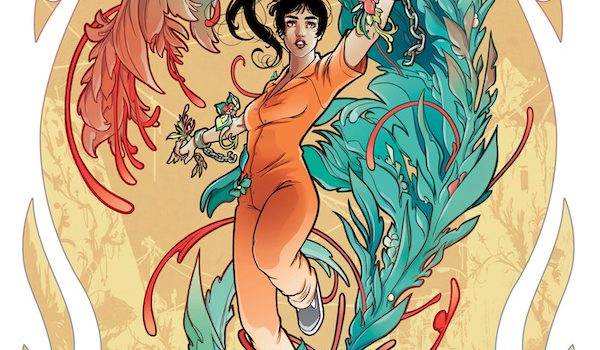 What Happens When Utopia Fails?

In the aftermath of a failed utopia, an exiled woman fights to be reunited with her children by harnessing the mythic power that changed the planet forever.

Twenty years ago, the World Mother awoke, forming an enormous “worldbridge” from manmade ruins and knotted vegetation that spanned the globe. Borders fell, millions migrated, and legendary creatures returned to the forests. But recently, the World Mother has gone silent, and the worldbridge has begun to wither. Borders are being reinstated. Now, one woman, cast out by her adoptive nation, must assemble a team of outcasts to reawaken the World Mother and bring down the wall separating her from her family. 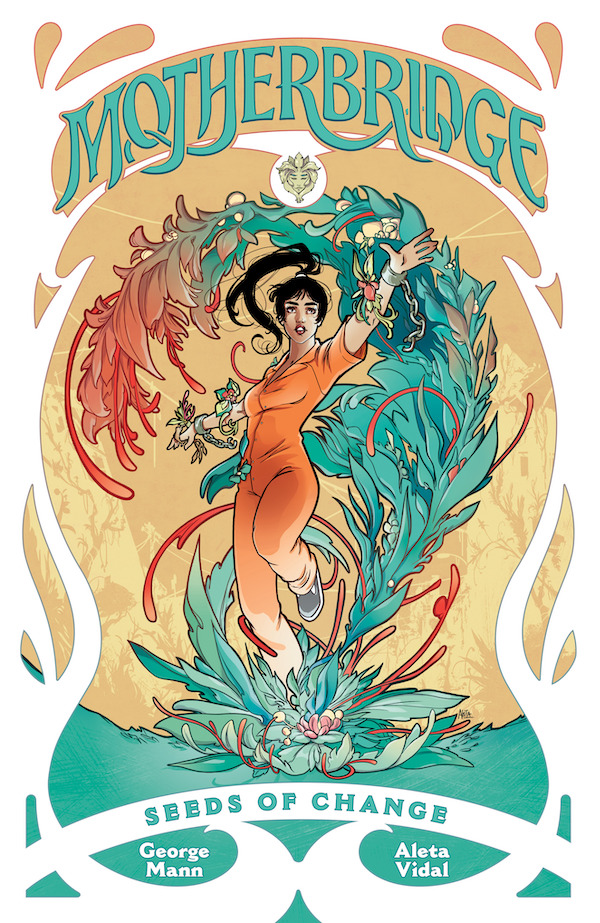 “Motherbridge is a story very close to my heart, and one that’s been bubbling away in my subconscious for many years. In some ways it’s a reaction to the global difficulties we’re all living through at the moment—climate change, species extinction, isolationist politics—but it’s also very much a story of hope and love. At its heart, this is a tale about family, both biological and found, and about how even the smallest acts of compassion can change the world for the better. It’s been a joy to work on this book with Aleta and watch her bring Hayley and her world to stunning, vivid life.” – George Mann

“It took a second from when I received the proposal to work on this project until I accepted it, I felt it was for me from minute one.  This story is a tribute to diversity and love for our world, with a family finding each other in the middle and enlarging it along the way.  this is a great love story.  Working on things that I believe in, teaming up with people who share those beliefs like George, gives me the strength to carry them out. I’ve draw from the soul every line.” – Aleta Vidal

MOTHERBRIDGE: Seeds of Change arrives in comic shops May 18, 2022 and bookstores May 31, 2022 and is available for pre-order now through Amazon, Barnes and Noble, and your local comic shop for $19.99