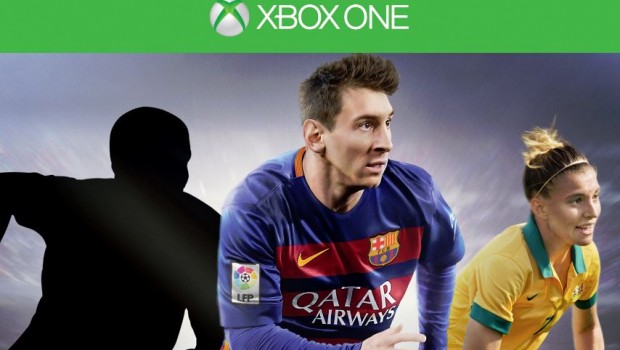 Despite only being 21 years old, Catley has made 39 appearances for the Westfield Matildas, and is the captain of Melbourne Victory’s premiership winning squad. Catley has also been named the domestic Young Player of the Year, twice.

“Words can’t describe the excitement I’m feeling about being on the cover of FIFA 16, it’s a dream come true!” said Steph Catley from the Westfield Matildas. “It’s been a huge year for the Westfield Matildas and getting this recognition from EA SPORTS and FIFA fans for all our hard work is a great step forward for women’s football on both a local and global scale. I’ve always been a huge FIFA fan and knowing that I will be playable in the game, as well as being on the cover alongside Lionel Messi, is a career highlight for me! I would like to thank Australia for voting and cannot wait to see it on the shelves!”

In an Australian first, fans were able to vote for their favourite female cover athlete to join Lionel Messi on the cover of FIFA 16. Held over three weeks, fans could cast their vote by visiting www.fifa16covervote.com.au or in game for Stephanie Catley, Katrina Gorry or Kyah Simon. The final Australian FIFA 16 cover will be officially revealed at an exclusive event in Sydney on Thursday 13th August.

“The response from Australia getting behind the Westfield Matildas and the cover vote has been overwhelming,” said Jodie Van Hibb, EA SPORTS Product Marketing Manager. “We would like to congratulate Steph on this achievement as well as commend Kyah Simon and Katrina Gorry for taking part in the cover vote, it was a close contest!”

Earning E3 Game Critics Award for Best Sports Game at Electronic Entertainment Expo (E3) 2015, FIFA 16 innovates across the entire pitch to deliver a balanced, authentic, and exciting football experience that lets fans play their way, and compete at a higher level. Players will have Confidence in Defending, take Control in Midfield, and produce more Moments of Magic than ever before.