Summary: Werewolf : The Apocalypse Earthblood comes with teeth bared and flashing claws, but those claws are not as sharp as they could be.

Some flash, a bit of fun.

Werewolf: The Apocalypse Earthblood starts out with huge potential, even oh wow excellent werewolf savage moments. I can still recommend the game because it does in fact entertain and who does not want to morph into a werewolf and lay waste to foes with your teeth and claws flashing death?

The Werewolves in the game are trying to run a large corporation out of their territory. The company known as Endron is laying waste to the land in a classic big corporation not caring about the Earth and destroying the environment. Endron is in fact, in Werewolf: The Apocalypse game lore, one of the oldest companies around. 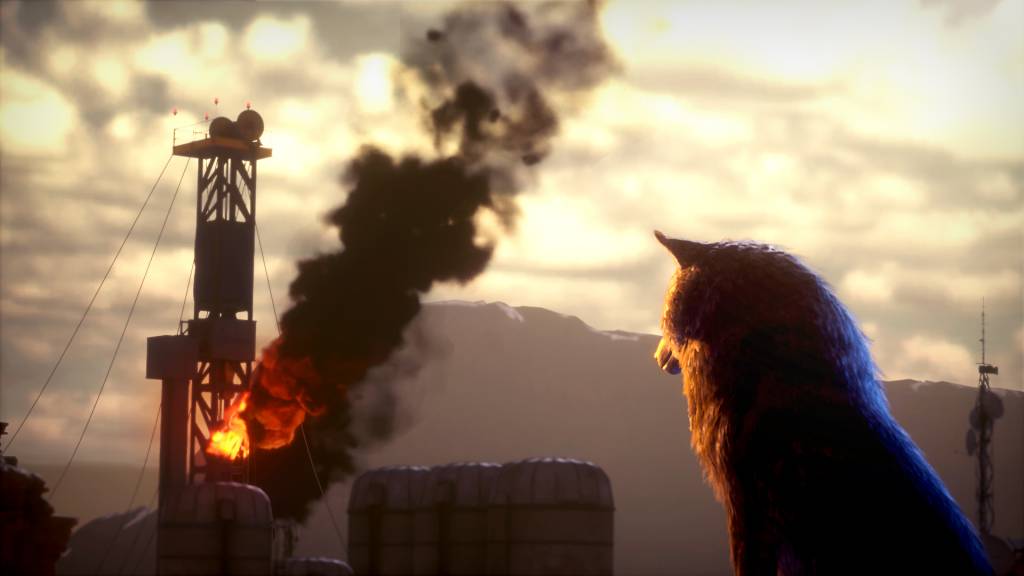 So the Werewolf pack, The Garou are fighting against big company desolation of urban civilization and the supernatural forces that are assisting their enemies as the Apocalypse draws ever near and the Earth Bleeds.

There is potential in the franchise but to be so painted into a corner as echo avengers only, really takes away from the world of Werewolf the Apocalypse Earthblood. We could have been better off with a deeper dive story wise of Werewolf culture and this incredible world. It is almost as if the designers expected only people that know about the game world are going to play. Or, worse, they themselves did not know enough about the game world or had enough funds to really go deep into the rich gaming world the franchise has to offer.

We are given a taste and leaves you wanting more. Like when someone at an ice cream vendor gives you a tiny spoon sample of something that tastes good…but does not really satisfy that craving. You really want to have an ice cream with all the trimmings.

The story is an exercise in patience; the actors’ line deliveries may as well have been some one deciding on what to have from the menu at a restaurant.  Even when one of the characters loved ones is killed the lack of compassion for their loved ones death, right in front of them is numbing. I wanted to be invested, I wanted to feel something for the characters death, but the lack of anything coming from the surviving character made me feel nothing. 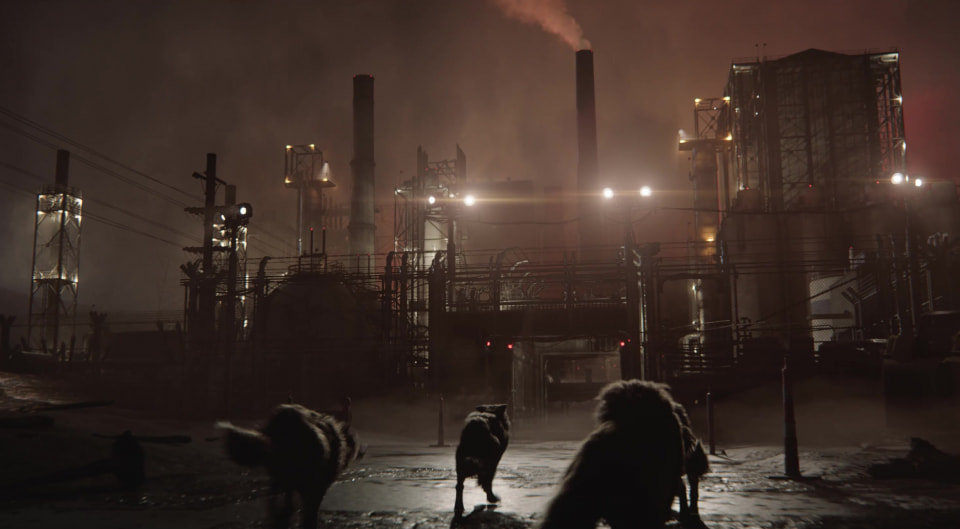 It was great that they wolfed out and laid the beat down in what could be considered a boss fight, and had a satisfying finishing move. However, the lack of feeling just left me conflicted on how I should be feeling over it all. I wanted to be invested in characters and I still felt nothing by the middle acts.

It is a blast when you have the character go into full werewolf mode of course. These are times of the game that make it shine somewhat, but it gets old fast without a more solidified story to tell, or at the very least told better.  The three main spiritual forces in the World of Darkness are the Wyrm, Weaver, and Wyld. There are Werewolf tribes; there are different breeds and so much more that could have gone into a more in depth story that brings the player into the world. Unfortunately, unless you are an old school gamer that has played the paper and pencil Role Playing Game…you know little of this. You get the gist of it and move in. Just a taste of what an incredible in depth game and story about The Werewolves can be.

Perhaps in the future we can get a story rife with more of the lore and more in depth over the Werewolf clans, more of the world and culture in which they live and die. I know, I know. I digress. I know of said that in a couple ways. So I am hoping for more in the future. The studio tapped the keg; now get us drunk with some awesomeness dam it.

Is there some redemption in Werewolf: The Apocalypse Earthblood? Yes, as I mentioned it still has its moments. You get the awesomeness of changing from human to wolf and to werewolf form, with the added benefits of your clothing morphing with you so you do not have to go naked anywhere. We will of course give the whole clothing thing a pass. (After all in the first game book for the franchise, White Wolf had a short comic book in the front that kind of explained things more or less. Even those characters morphed in and out of Werewolf form in clothing intact.) We can even give the game a pass for bodies disappearing after a few moments. At least there is plenty of spatter to bear witness to the battles. 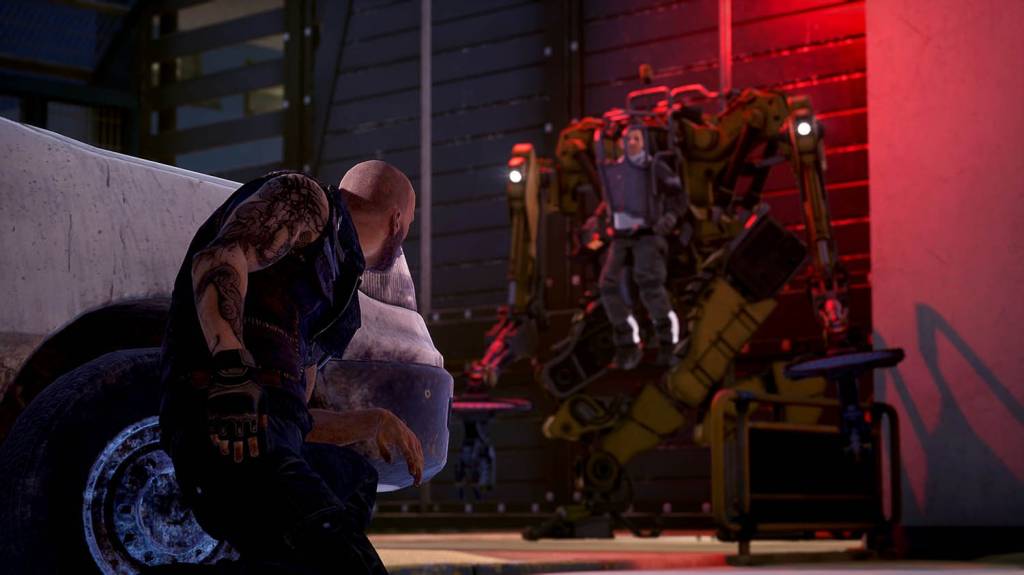 There is a skill tree that gives you some perks, as you make it through the game you can get points to spend on new skills and perks. However, it feels more symbolic than useful at times. For instance the ability for your severely limited ammo for the cross bow can be upgraded to take out cameras.

The skill tree has two main sections one for Tactical and one for combat. Tactical has no further sections just the skills. While Combat has several areas, one can refine.

They are General, Agile, Heavy, and Frenzy. Each one having small (Stress Small) branches unto themselves.

How do you get the (Spirit Points)?

Gaining experiences through the missions, or by finding Spirits to unlock abilities in the skill tree.

Using a special kind of vision called the Penumbra vision, our hero who Cahil, can detect enemies and even specific threats like a weapon that fires silver rounds. Further Cahil can be able to while using this vision, see spirits within some plants. Get close enough to them to interact while using Penumbra Vision and he can breathe in the spirit to gain spirit points.

For the most part the game is rather repetitive, more so than other games. However, that can be explained away by the setting. While we are in woodland, we spend most of our missions in the middle of industrial complexes that we are trying to bring down.

So ok. Coming right down to it. The game is a real repeat fest. However, it is a real blast to go full Werewolf and tear into things. Graphics of the combat are pleasing and give some satisfaction and some sense of achievement getting through waves of enemies.

Some Boss fights can be a handful, especially when the extra waves of enemies come on after you at the same time.

Some of the game play when not in mission look old school. Rather retro in some respects. Now that is not necessarily a bad thing. It just sort of stands out.

Werewolf: The Apocalypse Earthblood. Satisfying but not filling. Have a go at it, you will enjoy wolfing out, and each level…you know what to expect.