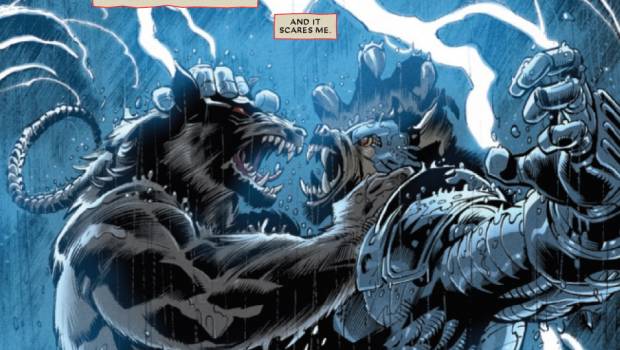 Summary: The werewolf tale has been well told by now but this story has enough new about it to make it interesting including the First Nations angle on the story.

By this point there have been a lot of stories involving werewolves so it is difficult do something original unless you involve swearwolves. This story does centre around a teenager with indigenous and Mexican heritage who have different attitudes towards folklore and supernatural events than western cultures and that is one of the main conflicts explored in this story.

There is a lot of action in this one and it does seem like there is going to be an ongoing story about fighting a military research organisation. Also the usual teenager coming of age story is being explored and the two US Marshalls “know what he is going through” seem to know more about the situation than they let on.

Even though I had not read the first instalment of this story I did not feel like I had missed much and it was still easy to get into. It does seem like it is off doing its own thing and is not linked to the Avengers or X-Men at this point.

There is some great artwork in this one especially the fight in the rain during the thunderstorm and during the transformations.

One to look out for if you like stories with werewolves or want to read a comic that has an indigenous main character portrayed in a positive light.