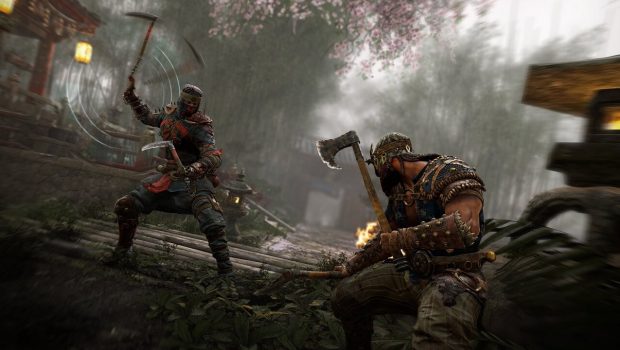 WELCOME TO THE AGE OF SHADOW & MIGHT IN FOR HONOR™ SEASON TWO, AVAILABLE NOW

Sydney, Australia — May 16, 2017 —Ubisoft® has announced that For Honor™ Season Two, Shadow & Might, is now available on all platforms. Shadow & Might will bring new content to For Honor, including two additional heroes, two extra maps, new customization items for all heroes and gameplay updates. Maps and gameplay updates will be free for all players at the start of Season Two. Available now for season pass holders, the new heroes, the lethal Shinobi and the fierce Centurion, will be available for all players on May 23 for 15,000 Steel each.

The For Honor team has made numerous improvements to hero balancing, gear, matchmaking, and network stability, and much more is planned for the coming weeks and months. The launch of Season Two is a great opportunity to return to the battlefield or experience For Honor for the first time.