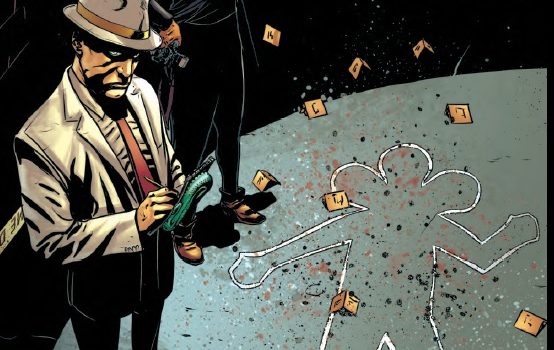 Summary: Detective Sebastian Greene is about to come face to face with the Juice Box Killer but before the showdown can begin he must find and save his partner Detective Sana Fayez before it is too late.

Confessions are in the air, a partnership is pushed to the limit, and an epic battle for the future of humanity is about to go down in an abandoned New York City building. Yes, the last issue of this fantastic series is here so you better buckle up, because it is going to be a bumpy and weird ride in Weird Detective #5, written by Fred Van Lente, illustrated by Guiu Vilanova and with colours by Mauricio Wallace. 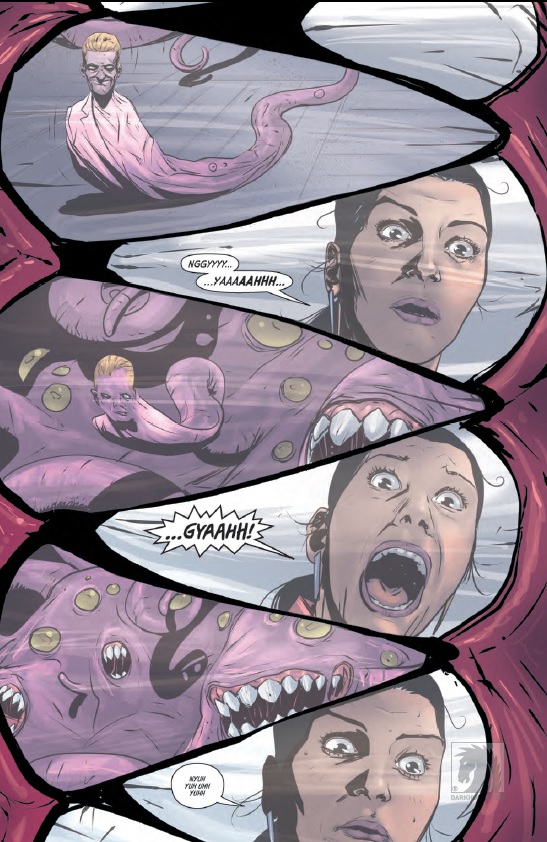 After mysteriously disappearing from a meeting with the FBI, we find Detective Fayez investigating an empty construction site with her partner Detective Sebastian Greene.  It is here where she finally exposes her dirty laundry with the real reason of why she was sent to Minor Crimes and assigned to spy on Greene and his weird behaviour.

In return Greene is able to come clean as well, revealing the truth about his monstrous identity. And let me tell you it is not a pretty sight. However, the monster revealing itself is not Greene at all! It is the Juice Box Killer disguised as Greene and it wants to claim the vulnerable and hysterically screaming Fayez as its next victim. Is this the end for her?

Meanwhile the real Detective Greene is prepared and ready to come face-to-face with the killer that has been terrorising the streets of New York. Armed with a weapon from a different world, this time there is to be no negotiating between monsters. It is now time for the final showdown. 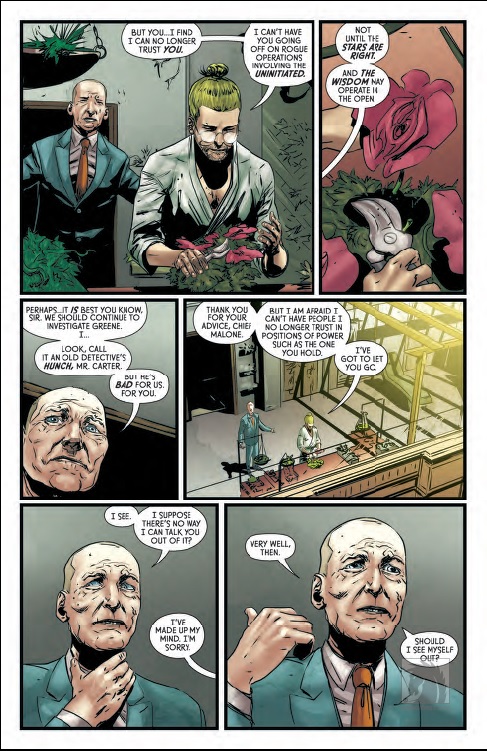 Fred Van Lente does not shy away from the gruesome in this issue. The whole series has been a great adaptation of where Lovecraft meets the NYPD, and you don’t have to be a Lovecraft fan to enjoy it. Riddled with quirks, humour, suspense, action and monsters it definitely is an original comic series that you will come to love. I enjoyed seeing the relationship develop between Fayez and Greene. Their banter and distrust for one another evolves into a weird alliance and maybe even friendship.  I am hoping there might be a chance for a sequel to clear some things up as there are some unanswered questions about Greene, and I still don’t know what is going on with Carter (Mr. Man Bun), a side character that has had me baffled since issue two. The time jumps in this issue are a little confusing, and unfortunately my favourite sarcastic pet cat didn’t make much of an appearance, but I can forgive these small issues because of how well this issue concludes a great, and truly weird series.

I loved the cover art for this final issue. Greene’s eyes and tentacled left hand give a little hint as to what to expect as you read on. I did find the first few pages to be a little cluttered with dialogue, but this minor issue is well and truly made up for by awesome art work throughout, and the epic battle that ensues. The illustration and colours have represented the story brilliantly throughout the entire series and I can safely say I am now a big fan of Guiu Vilanova and Mauricio Wallace. 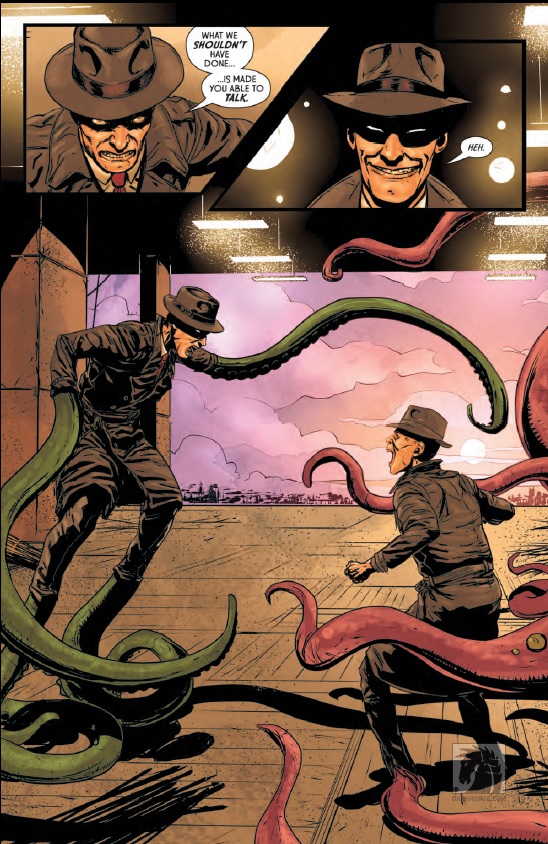 I am both sad and happy that the series has wrapped up. Happy because it was enjoyable and fun to read, and sad because it is over (and I wanted more of the sarcastic pet cat). If you have been a fan of the previous issues then this one won’t let you down, it is a great finale to the series. So go out and pick up your copy today!